There’s always a buzz of anticipation in the poker world when a new site is set to hit the market and UltimaPoker.com is this festive season’s big present to the community, with its ‘Beginner to Legend’ VIP club offering great bonuses and rakeback across all platforms, according to the team behind the exciting new site.

Initially at least, Ultima Poker aren’t looking to become the biggest site out there, focusing their efforts more on becoming an established cardroom with ‘a relaxed atmosphere and a sense of community’, their Twitter feed adding a nice touch to their recent launch with a cool set of ‘poker terminology’ graphics which will be very useful to the newer players attracted to the site.

Poker sites tend to live and die not on their fancy and clever graphics of course, but rather on their basic performance and offerings, and Ultima Poker seems to have covered all the bases in this respect; safety and security, functionality, games on offer, ease of deposits and withdrawals, among other factors which are on the ‘must have’ list to attract players.

Seeing as how it’s almost Christmas for many of the world’s poker fans, however, let’s start by looking at what Ultima are offering in the run-up to the festivities – the all-important bonuses to get us all started on the site.

For the big spenders, cashing in on the massive 400% first deposit bonus of up to $2000 is an excellent offer – but it’s only open until December 10th so you’ll have to be quick. Black Friday (in the sales world!) may have come and gone but there’s a still a deal to be had here.

This is effectively an extra 20% in rakeback over the 90 day playing period required to unlock its full potential, so $10 for every $50 in contributed rake – up their or above the best you’ll get elsewhere.

There is also a ‘No Deposit Bonus’ who just want to give the new site a whirl - $5 for free allowing you to sit down at the cash tables, and 5 x $1 tournament tickets if you’re an MTT or SNG kind of player. 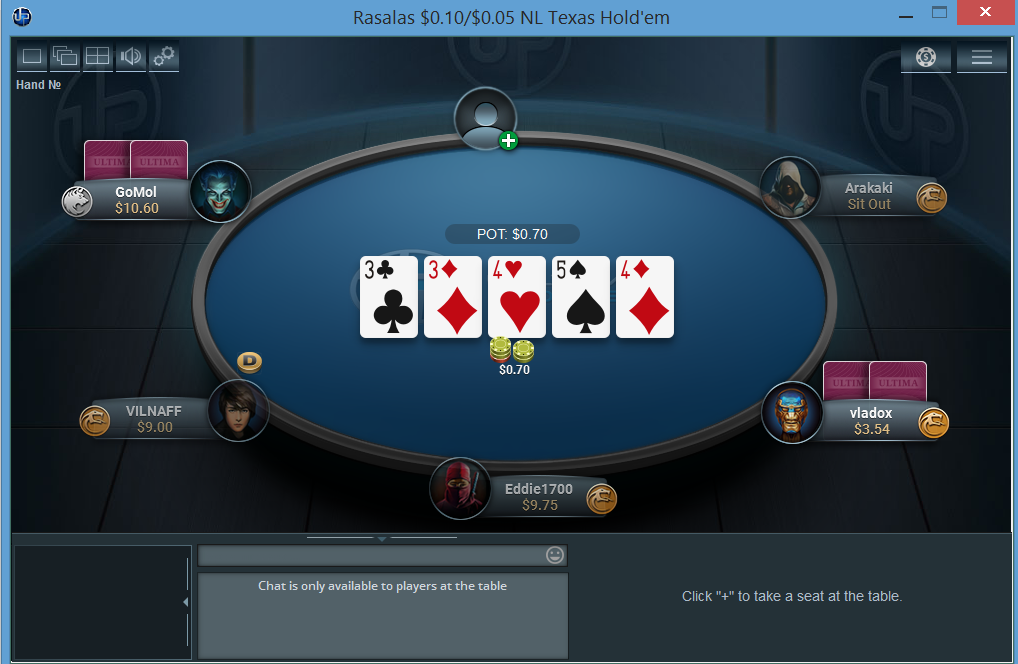 What games are on offer?

We’ll get back to the rakeback schemes shortly, but it’s always useful to know what games are on offer on a new site, and with Ultima Poker it’s the traditional favourites, offering up NLHE cash games running from $0.01/$0.02 up to $10/$20 and the full complement of SNG’s and MTT’s - freezeouts, rebuys, deepstack, turbo, knockout and bounty tournaments included with buy-ins ranging from just $1.10 up to $220.

As mentioned in the intro, Ultima Poker offer a tier system of rakeback rewards. You start as a ‘beginner’ and work your way through the levels as follows:

With 10% rakeback guaranteed at the ‘Beginner’ level for just $20 in rake paid, it’s up to you how far you advance in the ladder.

‘Advanced status gets you 15%, but when you start to rake at higher levels the rewards rise accordingly. Rake $200 for ‘Professional’ level and 20% rakeback, $800 is ‘Elite’ status and 25% rakeback, while $3000 makes you ‘Master’ level and 30% rakeback. For the really serious grinders, rake $8000 during the month and it’s 40% rakeback and a well-deserved ‘Legend’ status.

A ‘handy hint’ from HighStakesDB.com might come in useful here, the guys there pointing out: ‘If you want to kick-start your VIP club membership then upon signing up deposit a minimum of $200 with the code VIPDEPOSIT and you'll automatically be eligible for "Professional" status and 2 tourney tickets’. 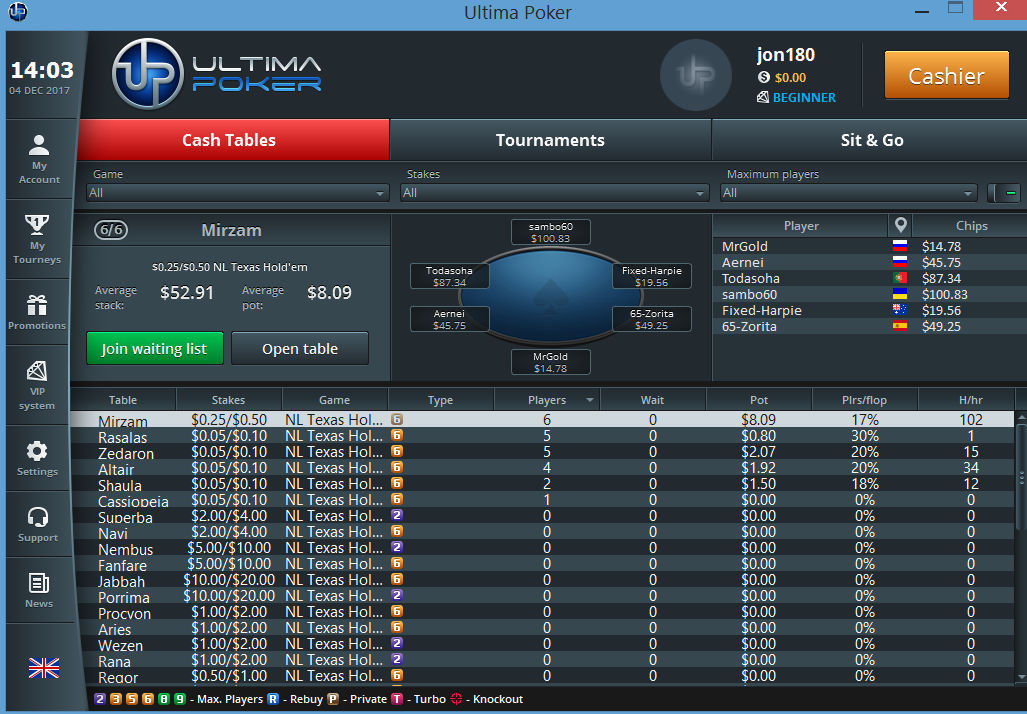 How secure and safe is Ultima Poker?

Very has to be the short and sweet answer, the site licensed and independently tested by iTech Labs ‘who found its card sequences are unpredictable, non-repeatable and uniformly distributed’…

With all the usual deposit and withdrawal methods available to players, you can add Bitcoin to the likes of Visa, Mastercard, Skrill and Neteller among others, although Ultima point out that ‘taking into account Visa and MasterCard speed and safety, they are highly recommended by Ultima Poker as a priority’.

What platforms are supported?

In the modern online world, ease of play is one of the biggest must-haves and Ultima Poker is available as a PC download for traditionalists, as well as via mobile apps for all Android and Apple devices – all cash games and tournament available whichever format you choose.

How do I get started on Ultima Poker?

The proof of the pudding for any poker site is in the playing and you can get started by heading over to https://ultimapoker.com/  -  and don’t forget your sign-up bonus while you’re at it!