Viktor 'Isildur1' Blom In The Call Of The Century!

The history of poker is full of amazing plays; great laydowns, hero calls and outrageous bluffs at the highest stakes, but Viktor ‘Isildur1’ Blom’s call in the early hours of the morning to lift the partypoker MILLIONS Germany Main Event has to go down as the ‘Call of the Century’ so far – although there are still 82 years or so left for someone to challenge it!

…or the hero fold James Hopkins made at last month’s Aussie Millions in Melbourne, covered in detail here by my colleague Charles Retmuller…

…but, Blom’s play last night was in a league of its own and here’s why…

Imagine it’s 3am in the morning, it’s already been a long, long day at the tables and you’ve been battling for seemingly hours heads-up against a talented young player… and there’s €1million on the line… and the inaugural Main Event trophy for the partypoker MILLIONS Germany stop!

Add to this the fact that you’ve already been all-in four times and survived, and finally built your stack up from a mere 5 big blinds to almost even in chips, perhaps a slight lead… and then your opponent SHOVES the river on this board…

The river completed the board with the 5♥, Plesuv shoved.

If you are Blom, what hand can you possibly put your opponent on that makes sense of the action? And that beats you?

This is exactly what Blom is thinking in the photo below – Plesuv either has the nut flush, or he has almost nothing at all and is attempting a massive bluff. But is he really check-calling twice on this board holding the nut flush draw? 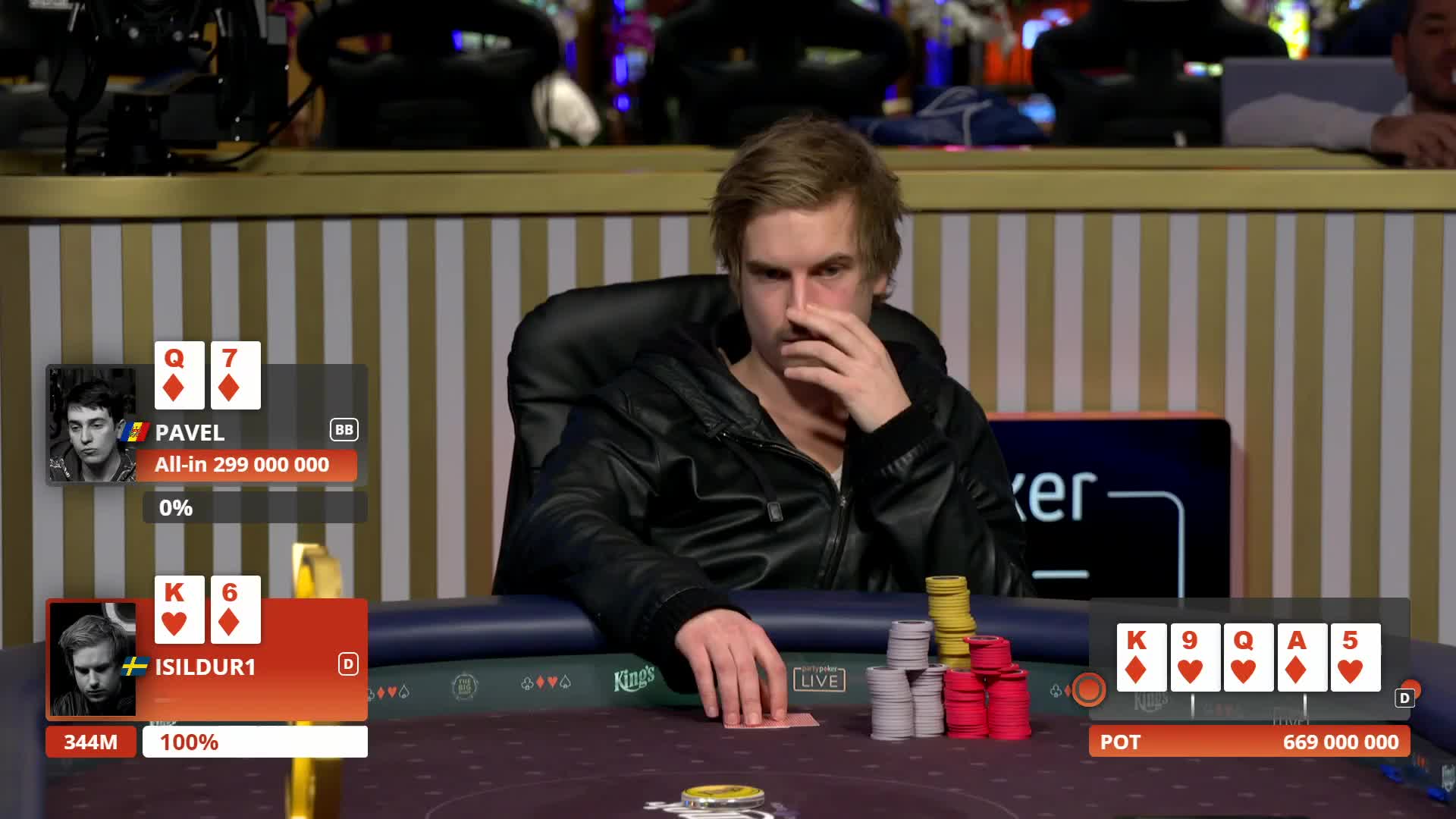 Blom, of course, is a genius of the game in the same ilk as the likes of Dwan, Ivey and a few others; highly creative and intuitive, he can dissect a hand the same way Sherlock Holmes can dissect a murder – and that’s exactly what he did, tanking and analysing despite being dog-tired and with so much on the line - and the easy play is to lay down your top pair and live to fight another hand. But that’s not how you become a legend in poker! Call of the Century!

Phil Hellmuth is not nicknamed the Poker Brat for nothing