When it comes to the mysterious and highly-intriguing Tom ‘durrrr’ Dwan, his ‘disappearance’ from the mainstream poker world means that rumors and gossip are pretty much all we have to go on – so today we are going to play a guessing game: who actually stakes ‘durrrr’ in the private high-stakes games in the Far East!?

There are a few candidates for Dwan’s bankroll/backer Mr Big role, but let’s get the potential horror stories out of the way first:

"I’ve read many stories about Tom being kidnapped or is part of the Triad…that’s totally not true."

So stated Winfred Yu last week, the president and CEO of Manila and Macau’s Poker King Club, quelling for the time being the gossip-mongers who had ‘durrrr’ locked in a cellar-dungeon for owing millions to the Chinese mob - only being brought out for big games to repay his debts!

Yu also claims that Dwan is not being staked, but “has access to the big games because he is a very likable guy and he gives a lot of action. VIPs love his action.” Well this smells like so much horse-shit! 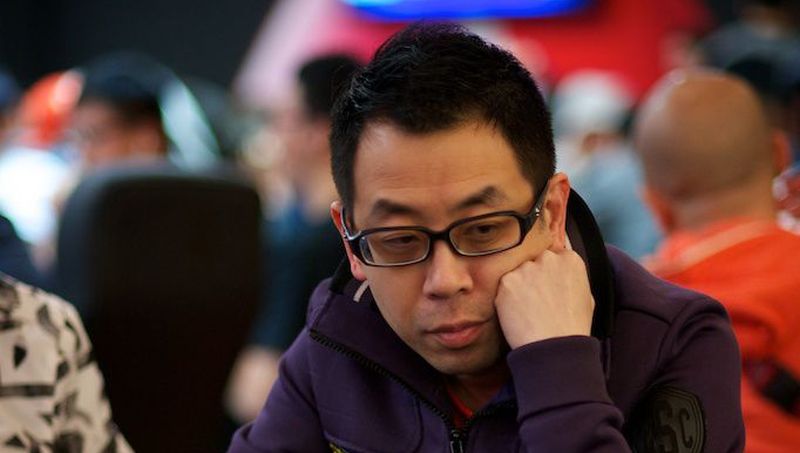 Worth around $100million (give or take a few million with his recent Punto Banco problems!) there’s no doubting the fact that Ivey is in a position to stake players in even the biggest cash games – and they don’t come bigger than Macau’s big game.

Rumor (again, but these are big numbers and secrecy is unfortunately part-and-parcel of such things) is that Ivey already stakes Englishman Sam Trickett in the biggest tournaments and cash games in the West, and he also isn’t averse to cross-booking action with fellow high-rollers like Negreanu and Antonius.

And if anyone knows ‘durrrr’s’ ability to win in the Eastern version of these games, it’s Ivey – the two having locked horns on many occasions on the felt – so it’s not as far-fetched as you might think.

Ivey, of course, is also allowed to play in all the nosebleed games out East due to his fame and fortune, and was with Dwan at the grand opening of the Poker King Club in Macau last spring…so it all fits…but there are a few more likely options for who is Dwan’s sugar-daddy!

In the summer of 2014, Paul Phua was arrested in Las Vegas. As ESPN news described it at the time:

"The FBI, with guns drawn, raided Phua's villa at Caesars Palace on July 9 of last year, during the 2014 WSOP. The Department of Justice alleged that Phua and seven others ran an illegal sports betting enterprise, a 'wire room', in the parlance, handling nearly $400 million in illegal wagers on last year's World Cup."

What does any of this have to do with the quiet little man of poker Tom Dwan?

Well, according to several reports, it emerged that ‘the world’s biggest bookmaker’ Phua had his $2.5 million bail bail paid by Dwan, alongside fellow high-roller poker pros Phil Ivey and Andrew Robl. Dwan allegedly also helped one of Phua’s friends with a place to stay during the trial.

Malaysian billionaire Phua has long been linked to the Chinese triads which enforce the unpaid debts which the high-stakes gambling world inevitably accrues, and although he has denied this and in fact saw the FBI case dismissed, he is a man who is easily-capable of making Dwan’s life heaven-or-hell.

Phua plays in all the big poker games himself and often arranges the biggest private games in whichever town he happens to have landed in his “ultra-long-range business jet, its tail designation -- N888XS -- a nod to the Chinese belief in lucky number eight and the overindulgence that often accompanies a gambling windfall,” according to ESPN. The $48 million Gulfstream jet was actually impounded as part of his bail agreement.

So, a close friend who is a billionaire poker fanatic who has taken on Dwan (and Ivey) across the table many, many times? He has to be on the list of backers, and pretty high up at that, but… he is not the lead suspect!

Seng Chen "Richard" Yong was a rising regular in the Kuala Lumpur gambling world when he partnered with Phua, and joined the billionaire-club thanks to the success of his many and varied business interests. He was arrested alongside Phua in Vegas, and similarly saw his charges dropped. But why would he back Dwan?

Yong is another poker fanatic, the buzz from the sitting down with the world’s best players while gambling millions of dollars a ‘recreational’ version of his high-powered business machinations.

He is also the name most-mentioned when other pros are asked who ‘durrrr’ relies on for funding his Macau nosebleed lifestyle, but then again, Winfred Yu stated ‘Dwan has no backers’. Strange? Of course not!

The Macau games are notoriously secretive and the glimpses inside them from loose lips and rumor only add to the mysterious nature of them. You won’t find anyone naming names or discussing wins and losses beyond the most vague or unguarded comment.

These people – the Chinese businessmen and their Macau mentors and fixers - play big, but they can’t boast about it in any detail, because… well, authorities and tax and government regulation and law!

Yong, like Phua, has the wherewithal and position to back Dwan, but there’s an outsider who could conceivably be in on Dwan’s action…

A ‘wildcard’ indeed, but there are some indicators that the men have been dealing with each other ‘backstage’, and it may revolve around the infamous ‘Durrrr’ Challenge.

As my fellow PokerTube writer Florian Gheorghe wrote a while back:

"We all know Dwan was the spoiled whizzkid of the poker community at the beginning of the decade. He was crushing the nosebleeds and his confidence was off the charts. He believed in his abilities so strongly that he offered 3:1 odds to anyone who could beat him heads-up over a 50,000 hand span.”

Patrick Antonius accepted and was unceremoniously trounced to the tune of several million dollars, eventually buying out of the match-up for a reported $1.8million. Enter Daniel Cates, high-stakes specialist and ‘Jungleman’ to all those who knew him or of him.

Cates was clearly ahead with an impressive profit of $1.3 million when the challenge came to a sudden halt in the spring of 2011 when Black Friday hit, and despite many attempts by Cates to re-open the match in the intervening years, Dwan has consistently refused to do so.

Which begs the question, why were the two laughing and joking together a week or two back at the Manila Triton High-Roller? They’ve obviously come to some sort of arrangement, but could it really be that Cates has some of Dwan’s action until his ’debt’ is repaid?

It wouldn’t be so surprising, since Cates is also a regular in the biggest Macau and far-East games. Has Yong cleared the debt for Dwan and added it to his ‘bill’? Has Phua stepped in and arranged a deal between the two. Is Yu part of the brokerage team? So many questions and so few definite answers.

Well, there is one more alternative to all of the above possibilities…

And why not? He won millions online and live, and despite the well-documented losses and problems and disappearance, it’s perfectly possible that Dwan has since won everything back again and can do what Ivey does – playing with his own money for the most part, cross-booking with fellow nosebleed pros for the rest.

Although his net worth is as much a mystery as anything else over these past few years, Florian made an attempt to narrow it down earlier this summer, estimating his worth at between $10 and 15million.

Now, if Dwan can lose $20million in a single hand as Cates once claimed, he can certainly win much more given the chance, but there are two arguments against Dwan being his own man.

Firstly, even with $50million behind you, $1-5million games are too rich – variance could wipe this out very quickly indeed. And secondly, if Dwan had his own money he would surely look so much happier on the relatively few occasions he has been spotted!

Nice if true, but highly unlikely.

So, who is your money on readers? Ivey the king of poker? Cates the challenger? Phua the inscrutable? Maybe Yong the Merciless? Or…Dwan the man? Answers below in the comments section please!