Why is Fedor Holz Leaving Poker?

You’re young, incredibly successful, at the top of your game and your peers consider you one of the very best players in the game. So what do you do? Retire from full-time play of course! At least, you do if you’re Fedor Holz, who this week decided that playing poker – the game which has made him millions – is not what he wants to do for the rest of his life.

Those millions of dollars – eighteen and a half of them to-date, not even including his online winnings – have been the result of a huge run this year, earning over $10million since January and including 2nd spot in the SuperHigh Roller Bowl this May ($3,500,000) and taking down the $111,111 High Roller for One drop last week at the WSOP ($,981,775).

Heaters simply don’t get any better than this: Holz is now Germany’s all-time number 1 tournament earner, holds top spot in the Global Poker Index rankings and sits at 9th place in all-time earnings world-wide. For many this would signal the time for a push to become the Greatest of all Time!

For Holz, however, it signals the right time to consider other pursuits, telling Lee Davy of CalvinAyre.com:

I feel I can have even more impact elsewhere. There is more valuable information out there and I want to collect it and use it.”

What this other sphere outside of poker might be, Holz is not yet sure – but his meteoric rise to the top of poker has obviously drained his energy and forced him to reconsider his life goals.

“Do I spend my time on the right things whether that’s poker or anything else in life? It’s a very important question for me,” he explained – although a complete withdrawal from the game is not what he intends, despite some reports.

First of all, people may misinterpret quitting poker,” he explained. “I will still be on the circuit. I will play Barcelona, Aussie Millions, maybe a short Macau trip, and maybe a short Vegas trip next year, and Monte Carlo.”

The thing is, this freedom of just saying no I don’t want to play for the next four months is important. I have not had that before. In the past four years, I have taken two vacations off. There has been no relaxing, orientation. I had this goal, and I always set new goals until I got where I am.”

Burn out. It happens at some level to almost every player in every sport who, having striven so hard and overcome so many obstacles, finds their will and energy suddenly disappearing. The question ‘why am I doing this?’ gets asked more-and-more often, and the answers sometimes remain elusive.

Holz is a multi-millionaire and makes money even when he’s not playing by staking other top-flight pros. His good friend Rainer Kempe – who took the SHRB title in a long heads-up battle against Holz – shared a chunk of his $5million first prize with Fedor.

Holz, however, doesn’t see money in the same way as many. He told Davy:

Society clearly teaches us the wrong value system. Money is overvalued, and freedom has very little to do with money,” he explained. “We always think that money is connected to how we feel but it’s a very short-term feeling and what I have learned through coaching, and giving back to people, I realised that this is the only thing that gives me joy. That’s why poker is not the thing I want to pursue. It only takes. It’s very selfish. There is no lasting place for it in my life to do this for a living.”

Holz is not alone

Other poker players have had similar epiphanies when they reached a high level or scored life-changing wins.

When Peter Eastgate became the youngest-ever WSOP Main Event champion at the age of 22, he had the poker world at his feet. And most of his $9.1million in his pocket, having no stakers to pay off when he beat Ivan Demidov heads-up to snatch the bracelet.

And yet, just a few years later, Eastgate had renounced the game of poker, blown massive chunks of his payday on sportsbetting, tried and failed to launch a career in biomedicine and has been all but forgotten by the poker world.

When I started playing poker for a living, it was never my goal to spend the rest of my life as a professional poker player,” explained Eastgate. “My goal was to become financially independent. I achieved that by winning the WSOP main event in 2008.”

Describing his time as the youngest Main Event winner (which only lasted a year until Joe Cada took over that mantle) Eastgate explained why he was taking a break from the game:

In the 20 months following my WSOP win, I feel that I have lost my motivation for playing high-level poker along the way, and I have decided that now is the time to find out what I want to do with the rest of my life.”

This break, with a few exceptions, was to last almost until the present day.

Of course, money DOES allow one a lot of freedom: Holz’s view doesn’t change certain aspects of life and the modern-world – but Eastgate explained how, to him, the millions weren’t hugely necessary in order for him to change his life.

I didn’t by any means lose all my money. I’m economically independent and I changed my lifestyle to a pretty normal one. My spending levels are the same as of any regular guy, so I have money for the next 70 or 80 years. I don’t live a jet set lifestyle

it’s something that I don’t find very appealing.”;

His lifestyle didn’t require him to keep his WSOP bracelet either, an eBay auction which raised $147,500 saw the proceeds going to UNICEF and prompted one poster to comment:

Sold for $147.5K going to UNICEF. Peter Eastgate is one classy individual. My hats off to him.”

The still-young man from Denmark managed to avoid all the tax problems and (sportsbetting aside, where reports of him losing millions were not completely inaccurate) most of the controversy which surrounded his two predecessors.

Since 2014 I’ve just been drifting around, pretty much like in the three-and-a-half years leading up to when I started going back to school,” he told Pokerlistings, though he quickly added, ”I’m not bored. After spending so much time by myself I’m not bored anymore. But if you look at it from the outside, it would sure look boring. I know I don’t want to carry on like this for the rest of my life. I need to set some goals, find a passion one way or the other.” 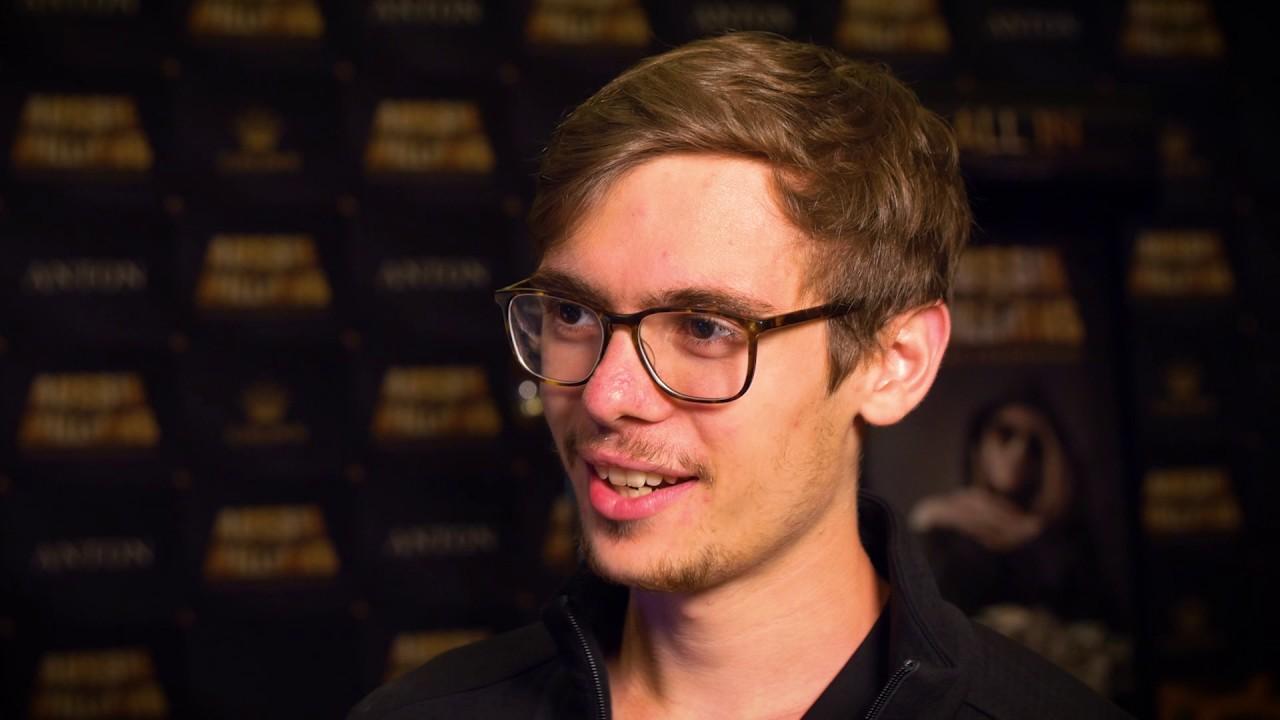 Back to the wunderkind Fedor Holz…

…and it’s unlikely that he will go along the route of Eastgate, drifting happily but uncertainly through life until something grabs his attention the way poker used to.

Holz is a driven character, answering Davy’s question ‘Are you hard on yourself?’ with the candid:

Extremely, and I don’t think it’s a bad thing. You just have to keep it in line so it doesn’t hurt you. I have always wanted to go to the limit and beyond. I want to find out how far I can go?” 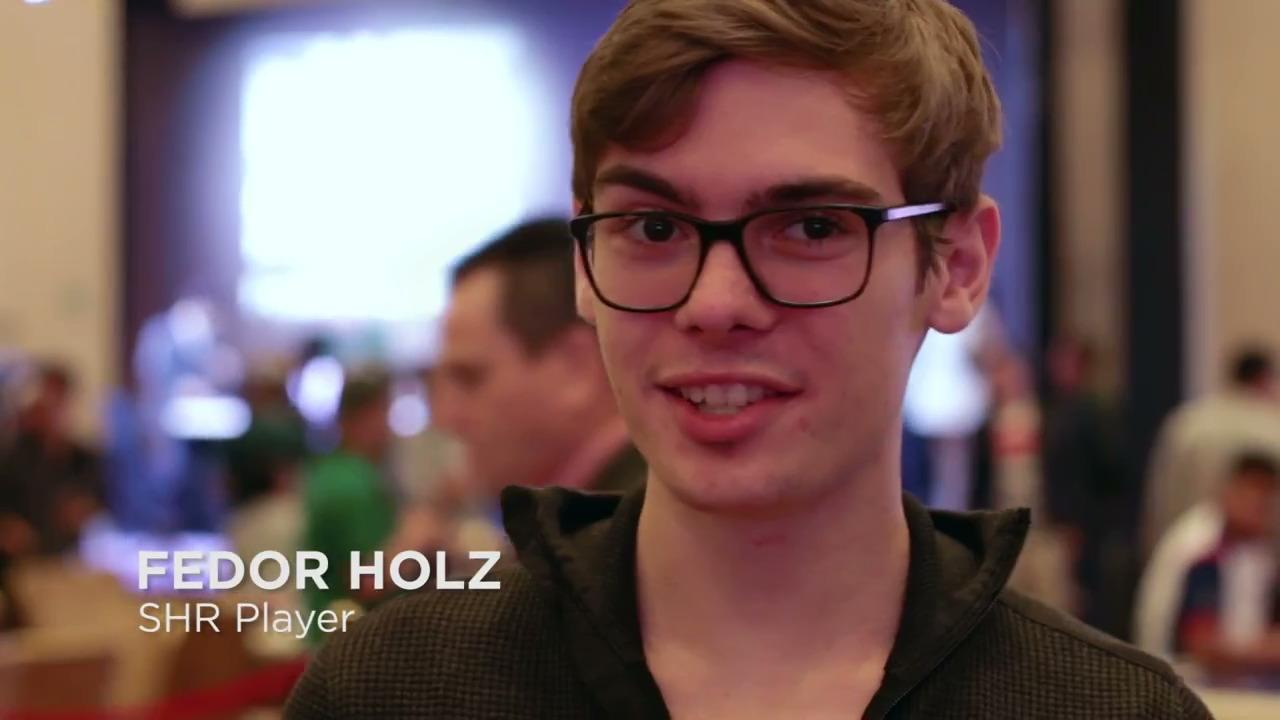 So where will Holz go if or when poker takes a cameo role in his life?

The thing I have to think about the most is education. Not in the typical sense but in lots of different ways. Learning about life, not in school,” he explains. “When you want to learn something, it’s very inefficient how we go about it. Unless there is someone within your circle who can teach you, then you can get lost. I am surprised how little interest people have in learning hundreds of useful things.”

Holz doesn’t only mean the current education systems which are in place, but rather:

I am talking about everything. There are no limitations. The system we have today for learning things is terrible. I had to go out there and intensely look for these people. There is very little in the form of communities or platforms for this, and this is an area I can contribute towards.”

His own education in poker was a relatively quick but hard-earned one, the young German explaining that self-improvement is “draining.”

I am super burned out now. As soon as I busted the Main I knew I was done. I have these phases a lot. It’s very exhausting mentally. You have to keep going without showing weakness.”

Not showing weakness – as Davy says ‘being robotic’ – doesn’t strike a chord with Holz though.

I am not robotic at all. It’s control over emotions that you gain. It distinguishes you very strongly from other people. There is very little time in life where you train this.” He adds, “I don’t want to develop myself more in this way. I don’t want to be more distant and defensive about things. Doing something else in another area may bring back this childish, naive joy about a lot of things.”

Given his rise to stardom in the poker world, it’s hard to imagine Holz not making a big impact in whatever field he decides his main future lies.

For poker fans, however, the likeable German will have to prove that he can combine a new life with his (relatively) old one. And we wish him all the best for the future!