An Australian poker pro who is embroiled in an alleged $76million Ponzi scheme was attacked last month in Melbourne, suffering a fractured jaw, broken nose and damaged eardrum after being assaulted with a tomahawk in a dispute over a vehicle sale.

However Jordanou’s woes began when he was arrested in 2013, charged with 142 counts of fraud following an investigation into what is believed to be a decade long fraudulent scheme whereby Jordanou and his associate - former Scoresby accountant Robert Zaia – secured fake loans for wealthy clients who were unaware of the pair’s actions.

The money was then used in part ‘to fund gambling trips to Macau and Las Vegas and was paid to other players during private poker tournaments’, according to media reports. 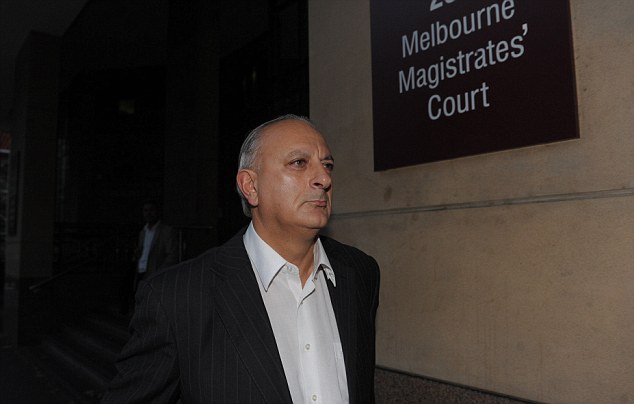 The assault last month, on November 26th, is believed to be unconnected to the fraud charges, Australia newspaper ‘The Age’ describing how ‘a witness recalled the "thud" when Mr Jordanou was hit in the face with the butt of a tomahawk’, the assault following ‘a dispute over the sale of a blue Holden commodore that had been transferred with an outstanding debt owed by the previous owners of the vehicle.’

The report added, ‘Mr Jordanou received treatment at The Alfred hospital, but is expected to require surgery on his jaw,’ but Jordanou ‘denied the assault when contacted by The Age.’

The alleged massive fraud stunned Australia when it was announced, with details of the scam making its way into all the mainstream media.

One report from the gambling industry coverage in 2013 explained how the scam is alleged to have operated, with Jordanou and Zaia ‘allegedly ensnaring Zaia’s wealthy clients, via his accountancy firm Zaia Arthur & Associates, into an undetailed Ponzi scheme’, according to Katie Barlowe.

The Age reports that Mr Jordanou's wife, Suzanne, is also awaiting trial in the County Court next year on serious fraud charges, including ‘falsely providing information and documents to obtain two loans from Westpac Bank of $650,000 and $450,000’.