Amaya has announced that it has officially completed its rebranding to "The Stars Group," a move that includes a new home in Toronto, a new website, and a new corporate logo.

The name change was announced earlier this year and a recent press release confirmed that the parent company of The Rational Group and owner of the PokerStars and BetStars brands has made the transition from Amaya to The Stars Group Inc. With the change comes the new trading symbols of “TSG” on the Nasdaq market and “TSGI” on the Toronto Stock Exchange. 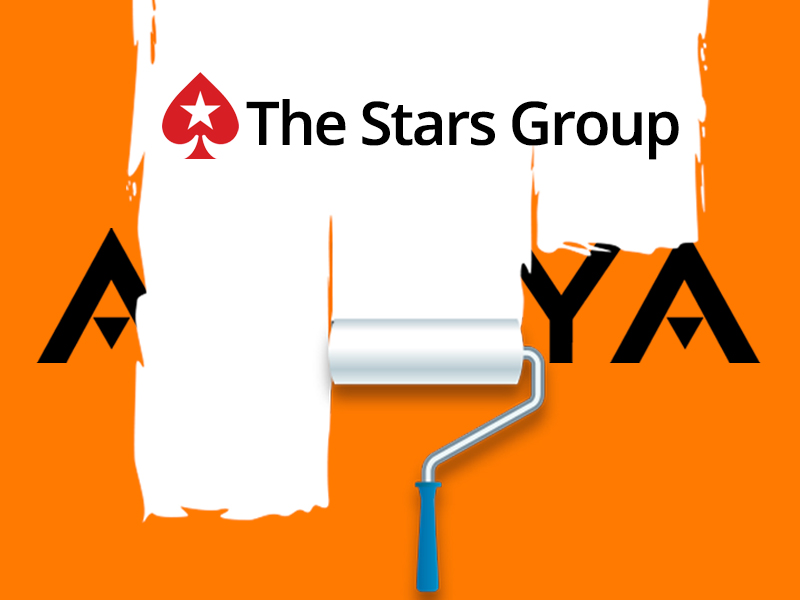 Amaya purchased PokerStars and Rational Group assets in 2014 for $4.9 billion, shocking many in the poker industry and beyond. Plenty of online forum posters and players will tell you that PokerStars has been on the decline ever since, making changes that have hurt the pocketbooks of longtime grinders - the very subset of the poker community who made PokerStars the top site in the world today.

At the helm when Amaya took the reins was David Baazov, who has since been ousted as CEO amid allegations of insider trading in conjunction with the acquisition. Baazov later attempted to purchase Amaya along with other backers, but those efforts were never realized and he has reportedly sold off nearly 20 million shares of stock in the company in recent months.

With the insider trading scandal still not settled, many believe that Amaya's rebranding was as much about distancing itself from Baazov's alleged misdeeds as it was about incorporating a name more synonymous with that of PokerStars.

The Stars Group capped off the transition by moving its headquarters from Montreal to Toronto. Its new website can be accessed at www.starsgroup.com. And the new logo seemingly buries the Amaya name for good.

Mike Postle In Hiding As $10Million Lawsuit Heads To Court