Poker Pros Far From Happy After Meeting With Amaya 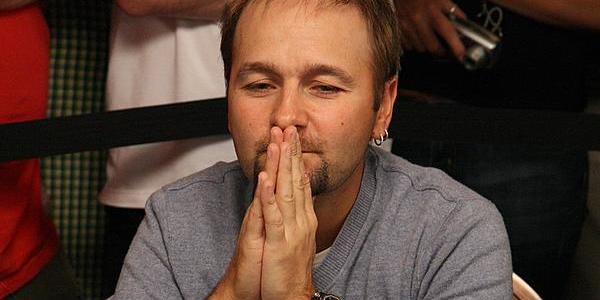 Dani Stern gave the big announcement on Monday. Ike Haxton, Daniel Dvoress and Daniel Negreanu confirmed: a meeting between the poker pros and the company that runs PokerStars, Amaya Gaming was being held on Tuesday. This was a big opportunity for the online grinders to have their say in the battle against the House for the money and welfare of the common player .

Yet not much transpired after Tuesday, only general ideas and opinions and some very mixed emotions. Why? Because Amaya has done its homework.

Before the meeting, the players involved - Stern, Haxton and Negreanu - signed non-disclosure agreements (NDAs). According to Haxton, the agreements were signed because Amaya showed them data that ‘could influence trading.’ He said:

If we breach the NDA, we’re in trouble with the SEC (US Securities and Exchange Commission) not with Amaya."

And indeed, in an extensive interview for CalvinAyre.com, Daniel Negreanu confirmed there were numbers involved that had to do with the ecosystem in general and PokerStars in particular. Those numbers were shown to convince the pros that the state of the online poker has to change. But what about other aspects? Did the online grinders convince PokerStars to reverse the VIP changes they made starting with 2016? No, they did not.

The Meeting Was NOT A Negotiation

What we learned from Negreanu’s interview was that the Tuesday meeting in Montreal ‘was not a negotiation.’ The ‘harm’ is already done so the VIP changes will stay in effect if not worsen in the years to come. Amaya only wanted to show the poker players involved why they made the changes now and not in 2017 or even later.

They also discussed the way PokerStars handled business especially with the Supernova and Supernova Elite members who are the most affected by the VIP changes. Haxton, Stern and Dvoress may have gotten an apology but it seems that this approach didn’t impress them. Haxton explained on 2+2 forums:

We did talk a lot about the broken promise with respect to SN/SNE. Unfortunately, I wouldn't say we heard anything new or made any progress on that front."

Anything else? Well, there were some mixed feelings...

Negreanu Was Happy! Stern, Haxton and Dvoress? Not So Much!

In the interview, Negreanu did say ‘everyone was happy’ by the time he left the meeting - KidPoker left the meeting earlier - yet the other poker players involved beg to differ. Stern for example tweeted out on Thursday:

I do not agree with RealKidPoker assessment that ‘we left happy’.";

The meeting was civil and courteous but yielded no progress for the players. I didn’t ‘go away happy.’"

Dvoress agreed some changes were necessary but didn’t leave happy either. He also thought Negreanu’s move of assessing the feelings of the parties involved wasn’t fair play, especially since he didn’t remain till the end.

I’m not as positive as RealKidPoker implies about the meeting. I only agree that some data implies changes were necessary.";

In the end, Daniel Negreanu admitted that he wasn’t on the players’ side and nor on Amaya's for that matter, yet he gave a clear opinion that Amaya’s strategy is for the best.

Negreanu thinks more meetings will come in the next future as Amaya CEO David Baazov is an open man and wants to share his views with the whole poker community.

Other details of this particular meeting will probably emerge in the near future. Dani Stern said on Twitter that the three online grinders need to gather their thoughts ‘effectively’ before releasing any major updates.

We at PokerTube will continue to keep you updated as new info emerges so be sure to tune in regularly.