The Asian Poker Tour (APT) has taken a step forward toward growing the game of poker in Macau by collaborating with Macau Billionaire Poker (MBP) and the Babylon Casino in hosting at least two international poker events each of the next five years.

The new APT-MBP partnership has announced that the APT Finale Championships Macau 2017 on November 29 to December 9, 2017 will be the first event under the agreement. The festival will be held at the Babylon Casino located at Macau Fisherman’s Wharf where MBP operates a poker room.

Asia Poker Tour chief executive Jeff Mann told GGRAsia that the APT "needs a permanent base in Macau" in order to enter the "next stage of growth and expansion." 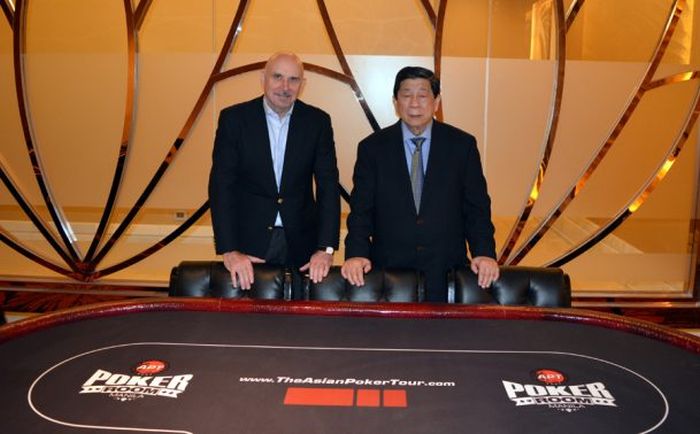 A Decade of Existence

The APT sprang to life in 2008 and has since hosted more than five dozen major events and a number of smaller tournaments in the Asia-Pacific region that has included the Philippines, South Korea, Macau, Cambodia, Vietnam, India and Australia. Eight events have been held in Macau to date, but none in a three-year period from 2013-15.

The APT aims to make sure that another dry spell of failing to make a tour stop in Macau will not take place in the near future by forging the new deal with MBP. The next five years will see the APT's year-end festival combined with Player of the Year hoopla staged in Macau in accordance with the agreement.

“For too long Macau has been restricted in terms of the variety of poker tournaments on offer," said MBP chief executive Tim Chen. "Given the incredible growth and following for poker from mainland [China] players, more professional tournaments [in Macau] are needed."

Macau has developed a reputation of hosting some of the highest stakes cash games in the world. It has not received the same renown for tournament poker, but may be on its way toward doing so with the new APT-MBP agreement.