If poker was just a game of luck, then Ben Tollerene would be near the top of the list that fate alone would decide, but as we all know the game doesn’t work that way, and the 31-year old’s dedication to the game resulted in another victory this week, taking down the $5K buy-in side event for $163,944 at WPT Lucky Hearts in Hollywood, Florida.

Equal parts ‘online beast’ and ‘live crusher’, Tollerene was barely minutes out of the $25K High Roller – in which he came an excellent 3rd for $248,438 - before he was at the tables again, trying his luck in the 117-player $5K tournament, another double-the-guarantee prizepool up for grabs at the Seminole Hard Rock Hotel & Casino.

As ever with the ‘smaller’ buy-in big events, the field was a mix of known names getting in an extra event and locals, regs and journeymen pros trying their hand at a main event of sorts, the prospect of a huge payday from the $555,750 prizepool driving everyone on.

As ‘fate’ would have it, it was Justin Bonomo who bubbled the money – like Tollerene a late registration for the tournament after taking down the High Roller in which Ben had finished 3rd.

Olivier Busquet would be involved in many of the final table battles, the King of the Hill 2 winner last year seeing off Figueroa and Hernandez before himself coming unstuck late on when he ran into Tollerene, eventually busting in 6th, a resurgent Tollerene going on to dispose of Ying and Miquel, his nearest rival Andrey Plotnikov accounting for Consolo to set the heads-up pairing.

The duo swapped pots for a while, but eventually it was Tollerene who prevailed, the live updates revealing the final hand:

‘Tollerene limped on the button. Plotnitkov raised all in for 722,000 from the big blind, and Tollerene called instantly.

The victory takes Tollerene’s live earnings to $5,407,284, which added to his $10million+ in online earnings makes him one of the ‘winningest’ players across both disciplines. 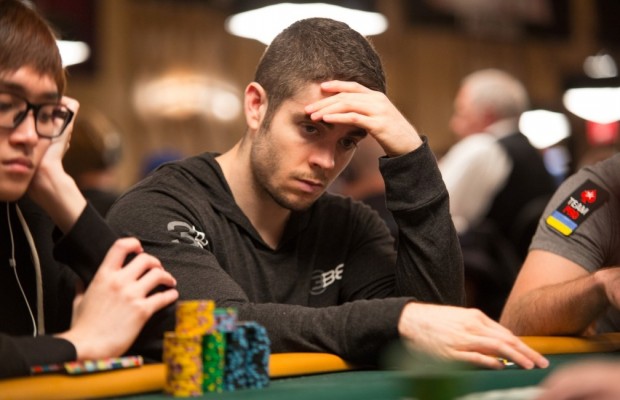