He navigated tournament fields with precision and a deftness that resulted in enshrinement in the Poker Hall of Fame in 2003 and a lavish poker room named in his honor, but Bobby Baldwin encountered a nemesis he couldn't overcome - two flights of stairs at the Aria.

Baldwin took a dastardly spill while walking down the stairs, suffering broken bones in his pelvis, shoulders, and ribs. He also sustained head injuries requiring over three dozen stitches.

"He’s really messed up, but he’s going to make a full recovery,” stated his son, B.J. Baldwin, on Instagram. "He's surrounded by people who love him."

The 67-year-old will likely but out of commission for awhile, with elbow surgery the first order of business already completed. Baldwin's extensive injuries will perhaps require additional visits to the operating room.

Poker pros Jean-Robert Bellande and Doyle Brunson have been in contact with Bobby, reporting via social media that Baldwin is in good spirits despite the accident.

Baldwin is a four-time WSOP champion, with all of his titles coming in the late 1970's when the World Series of Poker was still in its first decade of existence.

A bunch of final table finishes during the 1980's and 1990's followed, as well as deep runs in several WSOP Main Events. Baldwin's last recorded cash was the 2012 $1 million Big One for One Drop where 7th place earned him $1,408,000, the largest payday of his storied career. 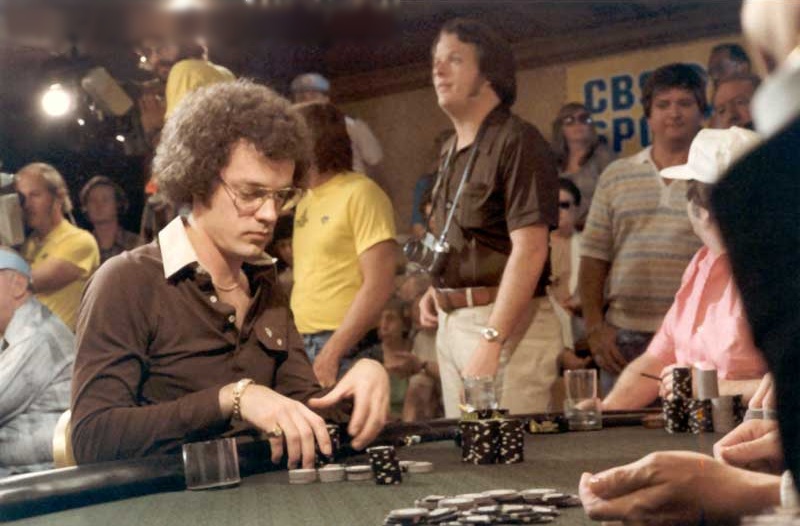 That career moved from the poker tables to gaming consultant, and eventually to an executive suite. Baldwin ran the Golden Nugget in the mid- 1980's, followed by the same role at the Mirage later in the decade.

President of the Bellagio in 1998 was the next move for Baldwin. Soon to follow was another distinction on his poker legend resume when the hotel/casino's private high stakes cash game poker room was dubbed "Bobby's Room."

Baldwin is currently the CEO of City Center. Along with his poker successes, he is recognized as a world class billiards player, but will likely have to refrain from playing any 9-ball as a result of his tumble down the stairs.