Jason Mercier is currently giving Vanessa Selbst - or is it Mike ‘Timex’ McDonald? - the sweat of her/his life. Mercier has won two World Series of Poker bracelets in 2016 and he’s now looking for number three. But the $1.8M prop bet is only the cherry on top; the poker pro already built a heck of a bankroll on his crazy side bets thanks to his two big wins. Bear in mind though, he didn’t reinvent the wheel here; last year, Brian Hastings used the same tactics to motivate himself at the WSOP. He challenged many pros to bet against him and won big because of it. However, looking back, Hastings has serious doubts over this method and wouldn’t try it again. But before going over his reasons, let’s first remember his WSOP challenge and how it went. 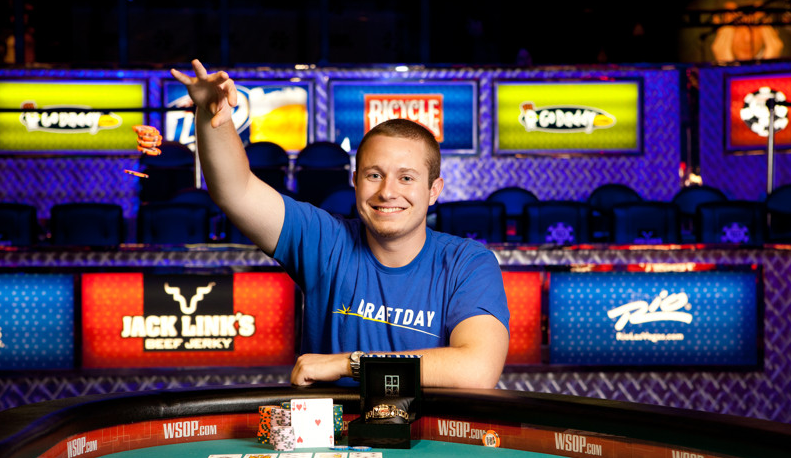 2015 WSOP: Brian Hastings Against The World

As opposed to Jason Mercier’s challenge who simply offered 3-to-1 and 2.7-to-1 odds to win a gold bracelet (plus of course the 180-to-1 bet he made with Selbst earlier this year), Hastings had a different idea last summer. He proposed a Daily Fantasy Sports point system for the whole WSOP and whoever performed best would win the bet.

Hastings offered even money on himself against anyone who challenged him. Many pros accepted the challenge including David Sands, Dan Smith, Tony Gregg, Andrew Lichtenberger, Jason Koon, Jason Mo, Jake Schindler, and, yes, even this year’s prop bet winner Jason Mercier. Unfortunately for them, all lost because Hastings was virtually on fire last year. He won two WSOP bracelets and cashed in five other times in the summer of 2015. He also made the final table in a WSOP Europe event finishing the Player of the Year race second behind only Mike Gorodinsky. No pro could outlast him in the Fantasy Draft so besides the $879,631 won in WSOP tournament cashes, he also brought home another $400,000 to $500,000 in side bet earnings.

He said at that time:

So how could anyone second-guess himself after winning so much money? Weren’t his side bets profitable? Indeed they were, but according to Hastings they were also way too risky.

Hastings: It Was A Bit Overly Risky So I Wouldn't Do It Again

In a recent interview for PokerListings, Brian Hastings doesn’t approve of any WSOP side bets anymore. He said he took too many risks last year and ended up getting complacent with his poker game. According to him, things could have easily gone the wrong way, and he could have lost a lot of money.

Nevertheless, things turned out for the best money-wise but not skill-wise. Hastings said:

I think it just gave me too much confidence. I kind of thought that any idea I had was great. I got a little too reckless with decision-making and trusting my instincts too much.

This year, he realized he made quite a few careless decisions and for the first time in over 12 months, he is ready to turn things around. And he won't do it by making other risky side bets like his fellow pro Jason Mercier. This time, his motivation comes from elsewhere: stop making mistakes and constantly work on his overall game.

Is his new approach successful at this year’s WSOP? One can definitely say that; he hasn’t won a gold bracelet so far, but he did cash in four times already. The most recent one, in the Razz Championship, was quite a ride finishing in fourth place and winning over $82,000 in the process. Hasting still has time though to step up and prove people - including Mercier - that money isn’t necessarily the ultimate motivation in poker.

Will he do it? Or will Mercier prove once and for all that indeed money makes the world go round? Are the WSOP bracelet bets good for the game or not? Would you make them to motivate yourself? Please share your thoughts in the comment section below.

Life Skills You Can Apply to PokerPoker Gossip & Opinion