Heaters in the Bahamas might sound a little unnecessary, but in poker at least there are few places better to go on a hot winning streak – and that’s exactly what Bryn Kenney did last week, pocketing over $1.75million!

Two wins, a 2nd and three other cashes made it an amazing first-ever PokerStars Championship run for the 30-year old who can now boast of a 20th spot in the all-time money winners list with some $13million+ to his name. 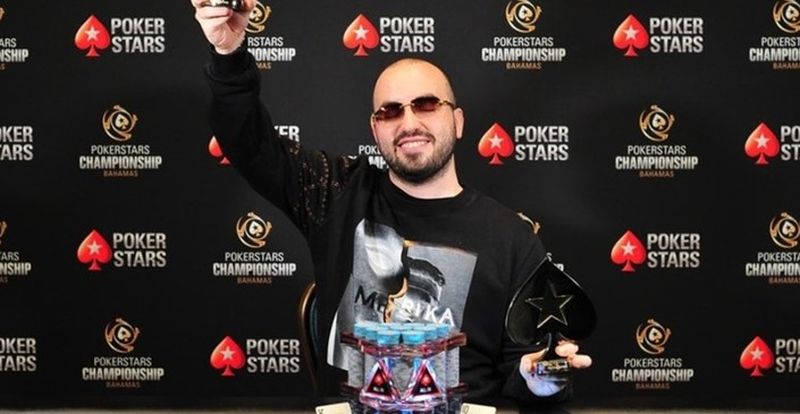 Taking down the $50K Super High Roller against the likes of Mustafa Kanit and Daniel Colman was worth almost $1million and he followed it up with almost $400,000 by topping the smaller $25K field, Bill Perkins finishing 4th with the novel shot-clock appearing.

The New York-born pro may not be a huge name outside of the poker world (yet) but within poker circles he is a feared and highly-rated player, not scared to go for the win instead of laddering up the prizes.

Heaters, of course, don’t last forever – Mustafa Kanit, Fedor Holz and David Peters all having $multi-million streaks this past year or so – but Kenney is one of the most consistent of the big players out there.

As with many players, Kenney started out in gaming – Magic: The Gathering being his choice until he realized there was no real money in it despite being one of the best players in the world.

Poker, however, has offered him a new route to world dominance and vast riches – and having learned the lessons that investments and backing others can backfire, Kenney’s head is now squarely on his shoulders.