When a 66-year old part-time poker player scoops a US$72,177 payday you might expect him to be relieved that, for example, retirement plans are made that bit easier – but Scott Wellenbach’s recent Barcelona PSC cash will all be going to charity, the translator of Buddhist texts more than happy with what he already has in life!

"I have a job, I'm OK financially, I don't really need the money, I have a place to live, I'll be able to eat without those funds," Wellenbach told CBC's ‘Information Morning’, adding that, "A significant amount of your money is won from people who are too addicted, too drunk, too unstudied or too masochistic to play well — and we all have those features within us.”

It’s not the first time Wellenbach has donated his poker winnings to charity, but it’s certainly the biggest, the 92,000 $Canadian likely to go a long way in the Buddhist nunneries in Nepal and Tibet which he often helps to fund – and all courtesy of a Barcelona trip paid for via a $50 online satellite. 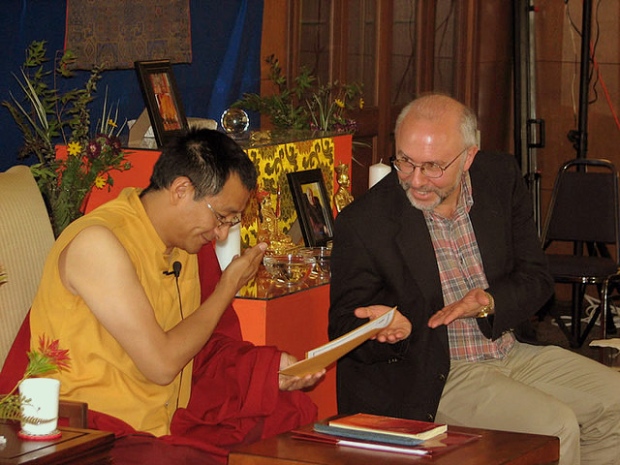 Wellenbach also gives to charities closer to home, saying: "I typically give to very traditional charities: Oxfam, Doctors Without Borders, people who feed and clothe and house those who are in need," but his charitable contributions further afield hold a special meaning.

"Buddhism, like many religions, has had a difficulty with gender bias and I think it's very important to support the education of young nuns or young women," he told CBC. "So in some sense,” he says, “you're supporting the Buddhist tradition, in some sense it's an endeavour to support women's education and I think the studies I've seen on the effectiveness of giving show that if you empower women, that's about as big a bang for your buck as you can get."

His mixed feelings about poker ‘addiction’ and his beliefs are balanced by his charity donations, Scott stating:

“I feel there's a tension about winning money under those circumstances and I guess I rationalize my addiction by giving away the winnings, saying, 'Well, at least I'm doing good things with it."