Following on from the runaway success of their recent ICO pre-sale, Coin Poker have kept their promise to give away 15% of their tokens, starting with a Christmas bonanza of freerolls worth 5% of the total that will see 48 tournaments per day launching on December 11th – and it’s going to last for 4 weeks!

Coin Poker’s pre-ICO (Initial Coin Offering) last month was a much-hyped and long-awaited entry to the cryptocurrency poker market and it took only 6 days for investors and poker players alike to snap up the best of the bonuses available in the 500,000,000 token sale.

With that successfully accomplished in very short order (only half of the 12 days allotted to the pre-sale), surprising even seasoned crypto-poker buffs, it’s time to check out the actual wares Coin Poker have to offer and see if they match up with the excellent playmoney version which was available for testing this autumn. 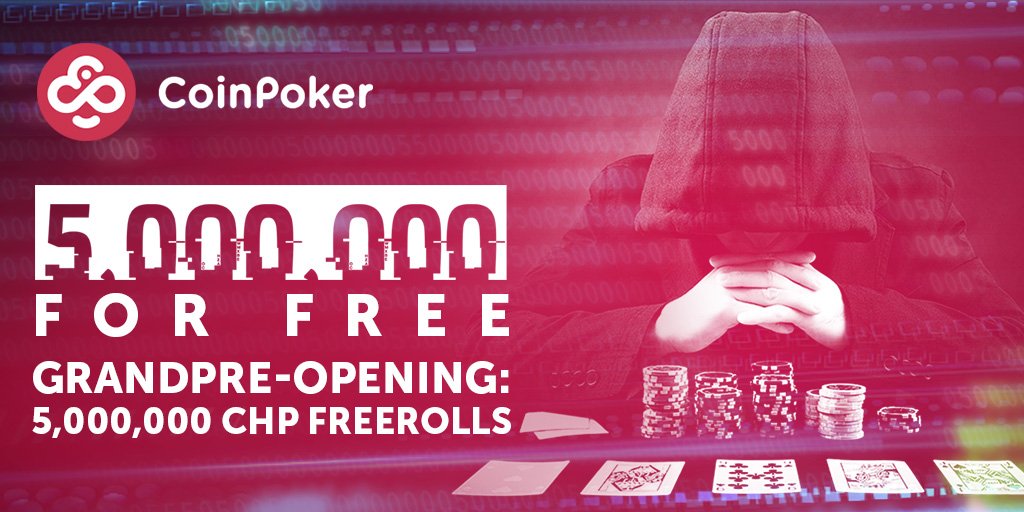 Play for real money – for free!

The promise Coin Poker made to invest a chunk of their sales back into tournaments means you’ll just have to log in to your account to play – every half hour seeing a new freeroll kicking off – with the addition of ‘secret’ tournaments to keep you on your toes.

‘No buy-ins whatsoever!’ is how the Coin Poker crew are labelling it and there will be special quests to unlock passcodes for further hidden games, adding an element of fun and adventure that is often missing in today’s poker rooms. 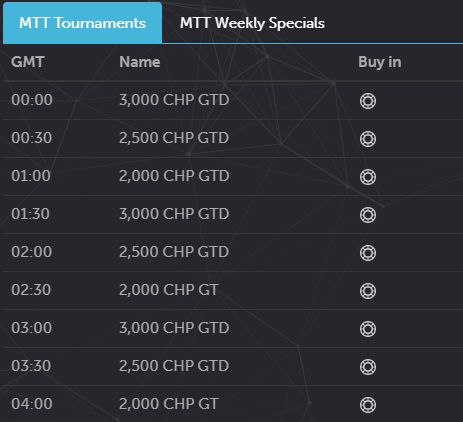 Tell me about the tournaments

In addition, MTT Weekly Specials will run – daily in fact and all starting at 8pm GMT – and the guaranteed prizefunds are huge, starting with Monday’s 15,000 CHP all the way through to the Sunday Special, which boasts 50,000 CHP for those who make the money. 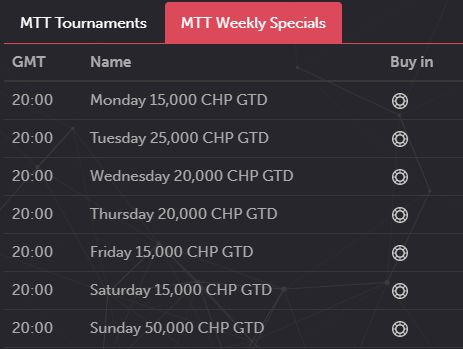 ‘CHP’ is the only phrase you need to know when it comes to money on the site, a new cryptocurrency which is perfect for poker with its nickname CHiPs, which can be cashed out back to traditional currencies whenever you want.

Not that you’ll need it for the freeroll extravaganza, but as I wrote previously, ‘you can buy the CHP cryptocurrency online no matter which geographic region you reside in (perfect for those in hitherto closed markets) and the speed of processing goes from slooooow to instantaneous - bypassing banks, e-wallets and other third-party brokers who create distrust in the poker community and cause payment delays’. 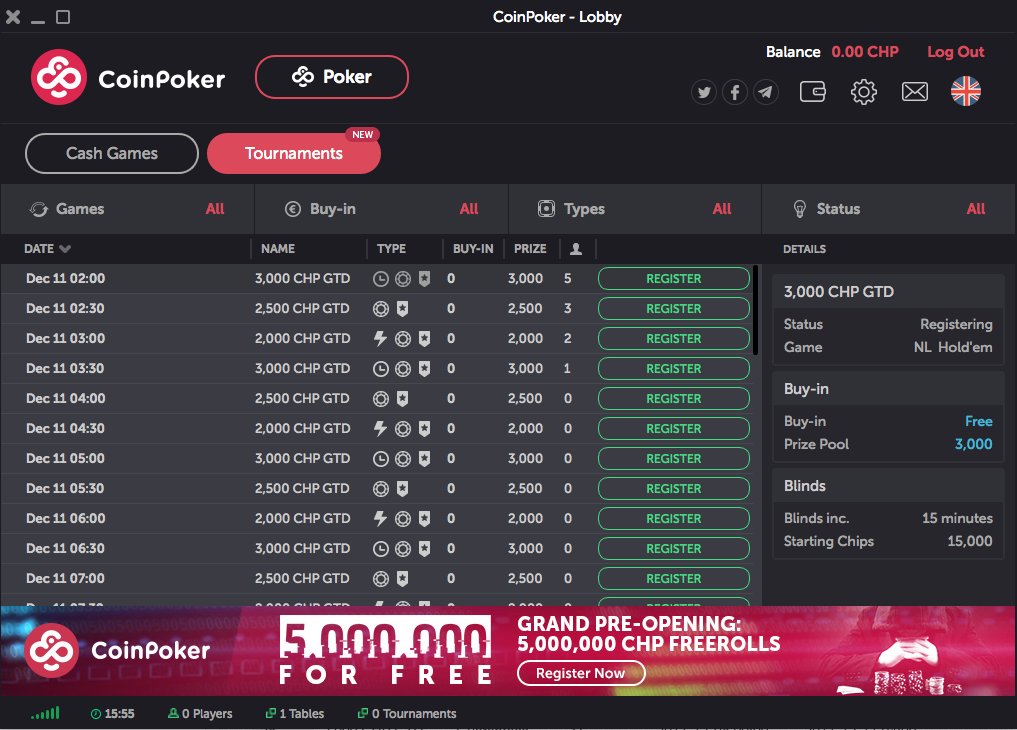 With the security of the cryptocurrency itself being second-to-none, the most formidable Blockchain technology underpinning the entire system, the question turns to the playing site and Coin Poker have invested in anti-bot tools to ensure a level playing field which means any money won deserves to be won – not always the case with some long-established sites.

‘No mercy for the cheaters’ is what I’ve been told, and about time too in the poker world! 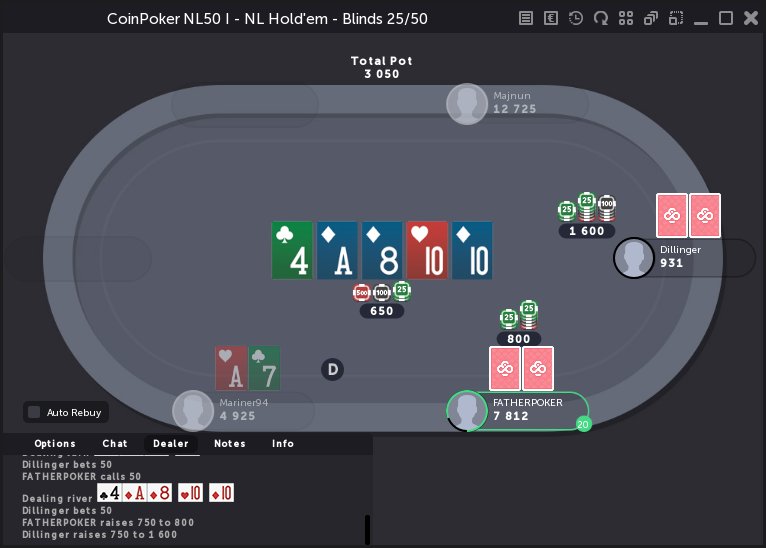 Communication is key to keeping customers and community members happy and Coin Poker have announced that they will have to eliminate play money from their app so that they can start offering their CHP games.

The schedule for this is simple:

So, a bundle of festive cheer from Coin Poker, who still have another 10% of their pre-sale tokens to be funneled back into the tournament plans for 2018, again all free money as per their ICO promises – but that can wait until the New Year.

I’ll leave the last word to them, however, as we’re talking cryptocurrency here and they are the experts after all – ‘CHP should start growing in value shortly after with the players competing in our opening tournaments’.

It’s all happening on Natural8 this April

Variety is the spice of life