CoinPoker, the exciting new cryptocurrency poker room, are all set to launch their leaderboard race, and it promises to be a massive hit - with three levels of play and more than $600,000 worth of free cash up for grabs for the 3rd month in a row!

With its massively successful pre- and full ICO’s (Initial Coin Offerings) selling out so quickly, CoinPoker are making good on their promise of giving back to their players and investors, and the cash game leaderboard races will see 5,000,000 of their ingame currency CHiPs handed out as prizes for the most ambitious players, with low, mid and high stakes categories.

As Paulius Mikaliunas, the Head of Poker Operations at CoinPoker, explains:

"Currently, CoinPoker is completely rake free, and therefore the leaderboard points will be awarded based on player’s activity – their hand count."

So even if you lose at the tables you can walk off with huge prizes, which can’t be too bad! 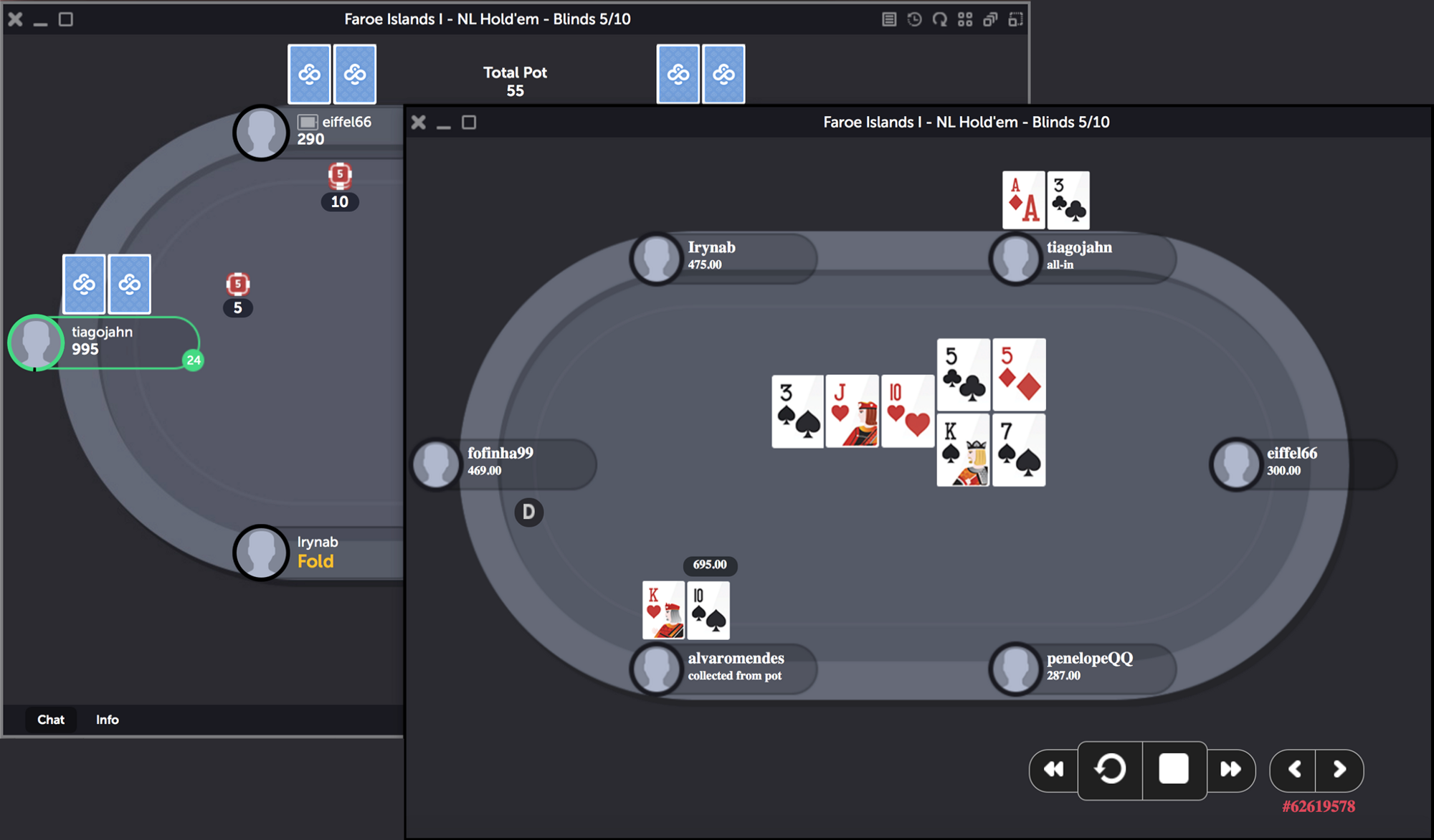 The in-game currency CHP, in case you still aren’t sure what it is, is a new cryptocurrency dedicated for poker with its nickname CHiPs, which can be cashed out back to traditional currencies whenever you want.

The site’s creators explain that:

"You can buy the CHP cryptocurrency online no matter which geographic region you reside in (perfect for those in hitherto closed markets) and the speed of processing goes from slooooow to instantaneous - bypassing banks, e-wallets and other third-party brokers who create distrust in the poker community and cause payment delays." 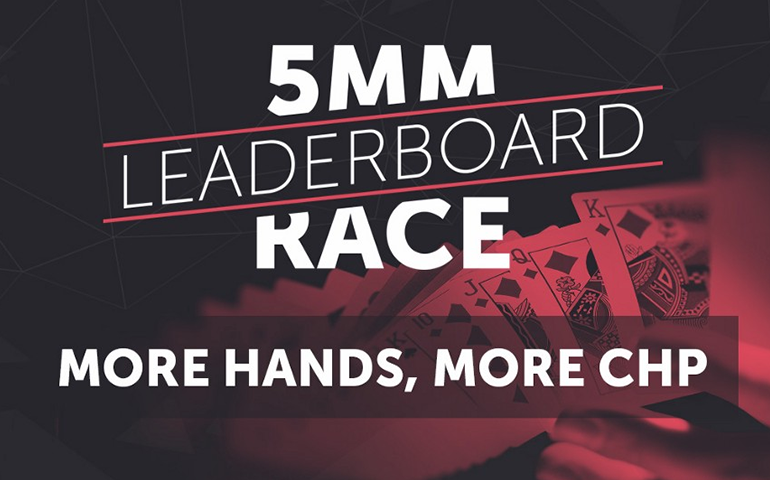 Free money… and more on the way

If you’re already a CoinPoker aficionado, of course, this is all absolutely free money you’re racing for – and if that sounds a bit fishy, it’s 100% not - it was designed to be free as part of the January ICO which sold out in record time.

And even if you’re not yet signed up to the site yet, then buying in light and starting out at low stakes gives you the same chance as everyone else to chase the huge cash prizes on offer.

The even better news is that at the end of this promotion, a new monthly leaderboard will award even bigger prizes, as much as 130,500 CHP at low stakes, 217,500 CHP in medium limits, and a whopping 413,250 CHP for the high stakes heroes of the game.

You can join CoinPoker very easily – just download their fully-functional desktop app and make your account. That’s it! You will be able to start playing as soon as you deposit some CHP in your account, which you can buy at exchanges such as HitBtc.com or AllCoin.com.

The CoinPoker community has a big say in how the site works, not a common feature elsewhere to be sure, and a big update soon to hit the site will see  peer-to-peer (P2P) transfers being offered, meaning that players will be able to send CHP to each other inside the community.

“Crypto is the future. However, some poker players coming from traditional spaces aren’t comfortable with crypto yet. Introducing P2P transfers will help more experienced players familiarise others with the process and in turn, that will mean many more people playing at CoinPoker.”

In addition, CoinPoker is beefing up its security measures, adding Civic to the mix to introduce second factor authentication, often found in crypto communities and one reason why they tend to be much safer than ordinary sites.

“CoinPoker is working hard to provide online poker that is fair, safe and secure,” said Michael Josem, who is Head of Security at the project, “We want to protect player privacy and Civic will help us do that in a safe and secure manner.” 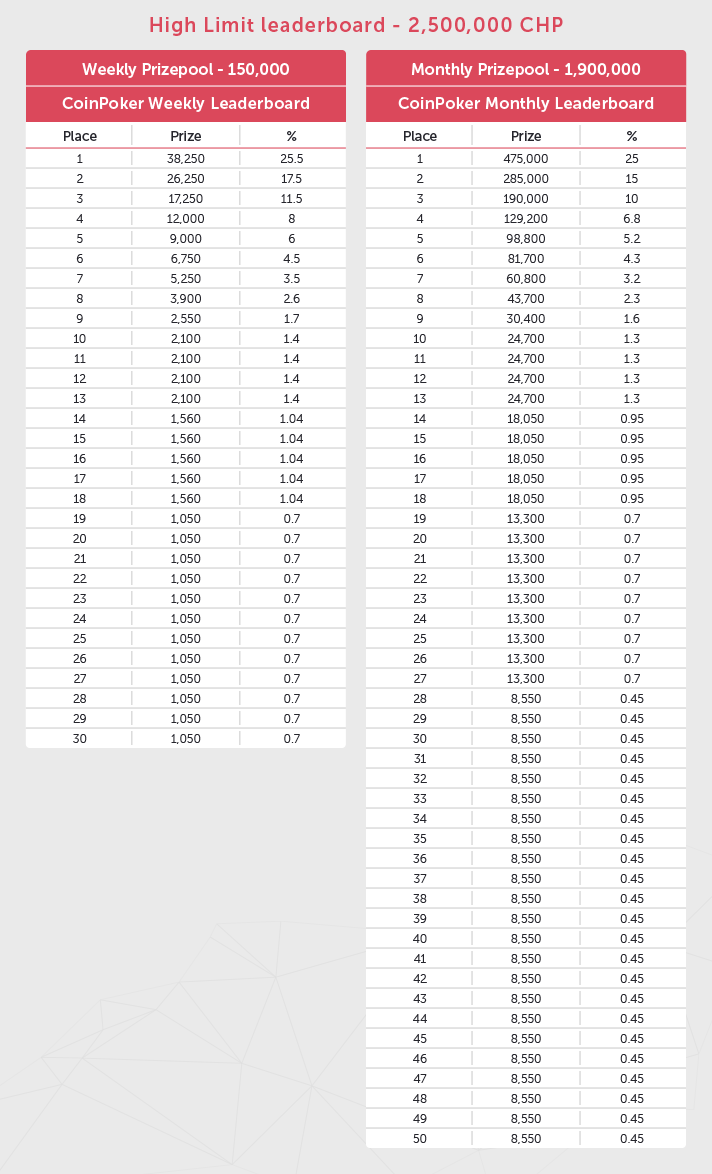 This Saturday marks the start of the Spring Championship of Online Fantasy Football where players have a chance to win a share of a jaw-dropping €500,000