Hot on the heels of his difficult but revealing interview with bad-boy of poker Sorel Mizzi, ChicagoJoey’s latest podcast provided a breath of fresh air for the poker-listening public – prop-betting, high-rolling billionaire Bill Perkins subjecting himself to the usual laid-back interviewing style of the eponymous Joey Ingram.

Where Mizzi represents the darker-side of the game - cheating and rule-breaking his way to the top of the ‘Most Wanted’ list in poker - Perkins is the exact opposite; a smiling and confident person and player – with a mass of fun and often ridiculous stories to share about his life.

And it’s quite a scoop for Ingram! How many podcasts run from home can boast a hedge-find billionaire with a jet-setting lifestyle as a guest? My guess is none – yet such is Ingram’s standing nowadays that people like Perkins are only too happy to invest an hour or two (or even three in Perkins’ case!) of their time with him. Kudos!

“You know what not to do, and you do it anyway!”

PLO is just way too much fun, I just can’t fold!” Perkins enthuses, striking a chord with Ingram who is a PLO expert. “It’s fun to bluff with air, fun to come from behind, fun to bust someone who was ahead - all these things that are fun become more important than actually winning.”

Ingram, naturally, points out the difference between the likes of himself and a massively wealthy amateur: “As professional players, if we don’t make money we can’t live!" and it’s correcting this balance which Perkins admits is needed to raise his game, citing the ‘cheat-sheet’ he uses from pro and coach Jeff Gross: “Never show your cards!”

So how did Perkins become a billionaire and how did poker enter his life in such a big way?

“Picket fence, get married, 2.x kids – the cookie-cutter lifestyle just wasn’t for me,” says Perkins, confessing that the Oliver Stone movie ‘Wall Street’ is what started him on the road to riches, his uncle getting him a job as a commodities clerk. And he instantly thought, “If that guy over there,” on the trading floor, “can be a millionaire – so can I.”

The self-aware Perkins doesn’t want to bore people with his stories of rising from floor-clerk to hedge fund manager, but the little scenarios he recalls are interesting on their own worth – and he is extremely easy to listen to. 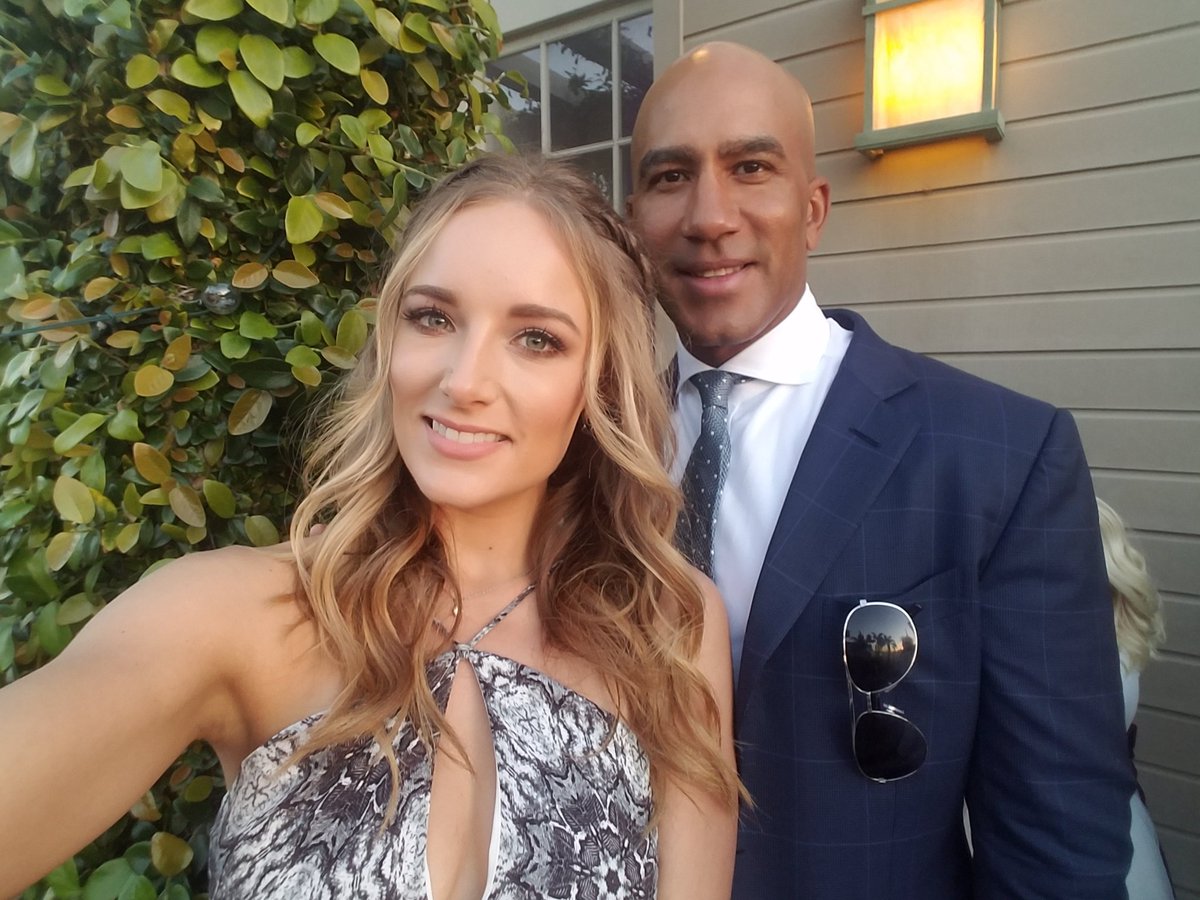 “I make more money than my mom!”

“That was the best day of my life! I’m a yuppie!” he states, and then describes the crash – being sacked from his dream job - which forced him to think about the direction his life was taking. “I need to get my shit together, and refocus”, he says bluntly. And so he did!

What follows is an excellent talk on business and how to succeed as a individual – well worth listening to, but let’s move on to juicier stuff!

The year you die and the year you stop doing stuff, are two different years.”

“They are drastically different!” states Perkins, talking about the ‘utility’ of money and what we are able to do with it while alive.

“You like sex, you enjoy sex, and you get value out of having sex? Well, it’s not like you’re going to be slaying it at 85! Even Hugh Hefner is not slaying it anymore!” he jokes, but the point is valid and he syas it’s why people confuse him as being richer than he actually is in his own mind!

I have this mental – in the back of my head – ‘burn program’, he explains to Ingram. “I need to spend money…in order to have the maximum amount of experiences I need to be doing THESE things NOW!”

Plenty of sex, no drugs…but maybe…

How long am I going to live?” he muses, adding the question – again using sex as an indicator - “Am I miscalculating my probable enjoyment of sex at 70? Or do I have to go out there and HYPER do… it cos this is the last of the Mohicans for me!”

Perkins thinks his own ‘maximum utility/peak net worth’ age is higher than the average of 50-55, revealing “I think for me it’s later because I don’t smoke, I don’t drink…I’ve never done an illegal drug in my life, but I might change that at Burning Man!”, drawing an “ohoh!” from Ingram.

Not pot,” he adds about his clean past, “’cos they’re maybe people out there going, ‘but it’s legal!’, but no, never done that.”

Speaking of the ‘life/money utility’ program which he and friends have been working on, he added, “My peak might be 60 or 61.” A youthful-looking and young-acting 47 at the moment, it’s easily to believe Perkins might still be Instagramming his way around the world, models in tow!

Perkins, as most will know, has made a name for himself in the poker world for his crazy prop-bets with the likes of Dan Bilzerian and Antonio Esfandiari, and Ingram latches on to the first opportunity (an hour into the interview!) to drag the billionaire into a discussion of this.

Eating cockroaches which have been stepped on for two grand - and the guy would be sick for like two weeks, or women shaving their heads,” he explains of his early New York days as a trader, prop-betting for entertainment. “Kind of like dares as a kid…but dares on steroids with money that I’d never seen before!”

Moving to Houston and “growing up”, Perkins now says he likes “to make bets where I will get entertained, or make a lot of money…and where you will better your life!” says Perkins.

Weight bets were all the rage when I moved to Houston,” he states. “Or no smoking bets. Most of the health bets are ‘discipline’ bets…they can all be done!”

At the PCA in the Bahamas last year, Perkins made a bet with the Magician, Antonio Esfandiari, and challenged him to lunge wherever he went for 48 hours straight.;

This crazy prop bet saw Esfandiari disqualified from the Main Event after he decided to urinate in a bottle at the table, blaming his inability to go to the bathroom on the pain from the lunges. He did win the lunges challenge though, and donated the $50,000 to charity.

Perkins also accepted some very interesting prop bets from poker pro Jeff Gross, bets that involved booze abstination, no flour for a whole year, jumping from the stratosphere, even a back tattoo worth over half a million dollars. The Texan lost most of them.

Call him the King of Instagram or Internet’s Most Desired Playboy. Call him a baller, a high roller or potential shot caller (running for US presidency is no joke). Call him a boss, a badass or maybe everyone’s wildest dream. Or just jump off that bandwagon and start calling him a joke, an attention seeker or a disease of modern-day society. Whatever you call him, his name won’t change, he’ll still be Dan Bilzerian, probably one of the most admired and at the same time hated men on the face of this planet.”

And he seems like a strange choice of friend in many ways for a man like Bill Perkins, but fellow billionaires have interests in common, and Perkins saw something in Bilzerian which others didn’t.

No shame, no blame

At some point he wanted to experiment with doing what he wanted,” explains Bill. “He didn’t want to have shame in what he wanted – ‘this is me, I like girls, I like threesomes, I like having sex, travelling the world –I like blowing up cars. The Instagram thing started like a challenge, like a bet. Dan wanted to prove to somebody that he could get up to X-million followers just living his life.”

Perkins explains Bilzerian’s approach to life as, “If nobody cared what you thought, how would you live your life?” and that Dan Bilzerian plays that life out on Instagram, although he’s keen to point out that it’s really “only a snapshot” of Dan’s life.

Too many women or not enough yachts?

Perkins, however, has some cool stories to tell about their times together – such as when he took a yacht on the Mediterranean and Bilzerian invited so many girls that they had to hire another yacht just to accommodate them!

It’s a far different life these guys lead to what 99.9% of us have ever experienced, but the tales are obviously what we want to hear! “Paint a picture of what’s happening on this yacht!” pleads Ingram.

Bilzerian bigger than the Beatles!

“The famous person just looks better!” he states, describing that humans brains are somehow wired to accept this nowadays, regardless of the actual truth – and then he reveals that in Italy with Bilzerian “He’s more famous internationally that in the States…and it was like the Beatles with women!” He’d never seen anything like it despite having hung out with big names like Tiger Woods before – Bilzerian was just a “sportfuck” for women who wanted to get him as a “notch on their belt!”

And that, my friends, is enough! There is only so much a common guy like your writer can listen to without realising just how many things he’s missing out on and how sad and pathetic his life is in comparison!

Bill Perkins is an amazing guy: enthusiastic, intelligent, rich and very likeable – and Ingram brings out the best of him in this interview – definitely the best podcast yet!

Phil Hellmuth In Shooting for Season 2 of BillionsPoker Gossip & Opinion