The famous Dutch poker pro Marcel Luske is suing industry giants PokerStars for what he claims is their theft and use of rules for international poker which he drew up when he was an ambassador for the site.

The 63-year old, known as ‘The Flying Dutchman’, is a well-known face in the upper echelons of professional poker, having won almost $4.5million in tournament play and only just missing out on the 2004 Main Event final table.

His lawsuit against PokerStars has come about because he says they reneged on a ‘gentleman’s agreement’ to pay him $25,000 for the use of his International Poker Rules book, which he compiled for the Federation International de Poker Association (FIDPA).

He states that instead of honouring this agreement, the Amaya-owned site developed their own rulebook, calling it ‘PSLive rules’, which he believes is an almost exactly the same format as his own copyrighted material.

The recent court filing Nevada’s Clark County District Court states, “Every single PSLive rule is an exact copy and/or derivative of language from the International Poker Rules. PokerStars proceeded to publish, advertise and use the PSLive rules throughout the poker community. All the while, they just copied plaintiff’s copyrighted rules and proceeded to say they were their rules”.

Luske is suing for “fraud, breach of contract, bad faith, interfering with his prospective economic advantage and stealing his copyrighted poker rule book,” claiming that PokerStars had also agreed to promote his FIDPA brand and logo at all PokerStars events, which they failed to do.

Luske’s rulebook came about while he was a member of TeamPokerStars, writing on his blog at the time:

He added: “With thanks to the TDA, Robert’s Rules, the Bellagio management, many other Tournament Directors, and all poker players worldwide we have managed to write down a set of international poker rules that are fair and easy to play by. We wrote it in simple language so that everybody, and I mean even beginning poker players, can understand the rules.”

Luske claims that the EPT Madrid tournament, where there were claims of missing funds and extra chips in play during side events, would not have occurred had they been using his version of the rules. This incident, he says, was the catalyst for PokerStars to look into his version of the rulebook – the handshake deal happening not long afterwards.

Relating to his current lawsuit, he explained that the Global Poker Index (GPI) had also shown an interest in buying his International Poker Rules in 2013, along with FIDPA itself, but he rejected their offer believing that the deal with PokerStars would be more lucrative both financially and in terms of exposure. 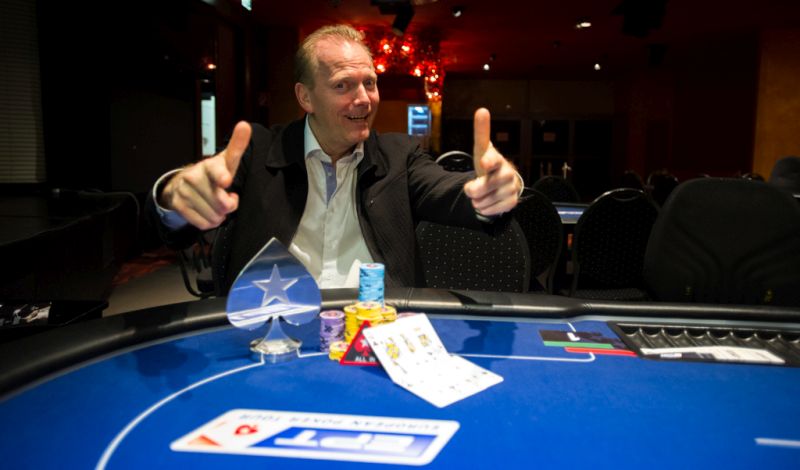 Although no official contract was ever drawn up between himself and PokerStars, the Dutch pro believed that his ambassadorial role for the site at the time was enough to seal the deal with “a handshake and a verbal agreement”.

The Dutchman points out in his suit that the Bellagio Casino was the first to implement his ‘player-focused’ rules back in 2008, and flushdraw.net claim that Luske “has alleged that the International Poker Rules and FIDPA in general have suffered due to host venues preferring rules frameworks that were friendlier to the venues themselves than to the players, in certain extreme situations.”

Nevertheless, the Australian Poker League and the famous Dusk Till Dawn poker club in England have joined the Bellagio in endorsing Luske’s version of the rules.

The duo of Las Vegas attorneys Kerry J. Doyle and Tyler M. Crawford are representing Luske, and the lawsuit seeks both general and special damages, plus interest, which could easily amount to a 7-figure sum given the standing of the respondents and the seriousness of the claims. They have also asked for a trial by jury.

Although the ‘gentlemen’s agreement’ Luske claims was pre-Amaya times at PokerStars, the Canadian powerhouse is still named as a co-defendant because of the “alleged ongoing use of the FIDPA-derived rules at Stars-sponsored events.”

Luske is a firm favourite with poker fans, and it’s unlikely that many people in the community will be siding with the poker giants against the sharply-dressed and friendly pro, who gave up his job as a salesman to become a professional poker player back in 2003, quickly making a big impact on the scene.

PokerTube, of course, will keep you updated on any developments in this case. In the meantime, feel free to give your own views on the rules of the game and the lawsuit below in the comments section.

As 2021 came to a close, so did Isaac “Ike” Haxton’s time as an ambassador for partypoker