Daniel Negreanu Back on TwitchTV after 1 Month Ban

The Canadian, an ambassador for the site that has hosted the second half of the bracelet-event series, was unceremoniously booted from Twitch following two separate livestreamed meltdowns.

First up was a disconnection brouhaha that had Negreanu swearing and threatening extreme violence against his laptop, although by the next morning he found himself in a lighter mood.

“Watched this back this morning and found myself laughing out loud... at myself hahahahaha,” Negreanu said on Twitter, but it was just the beginning of his summer streaming troubles.

Two weeks later, DNegs was at it again, this time the threats and rage directed at a chat troll who had dissed his wife Amanda.

Reasons, excuses and/or human nature notwithstanding, it was grist to the mill for some of his long-standing critics…

Meanwhile, Negreanu found himself banned from his popular TwitchTV account… 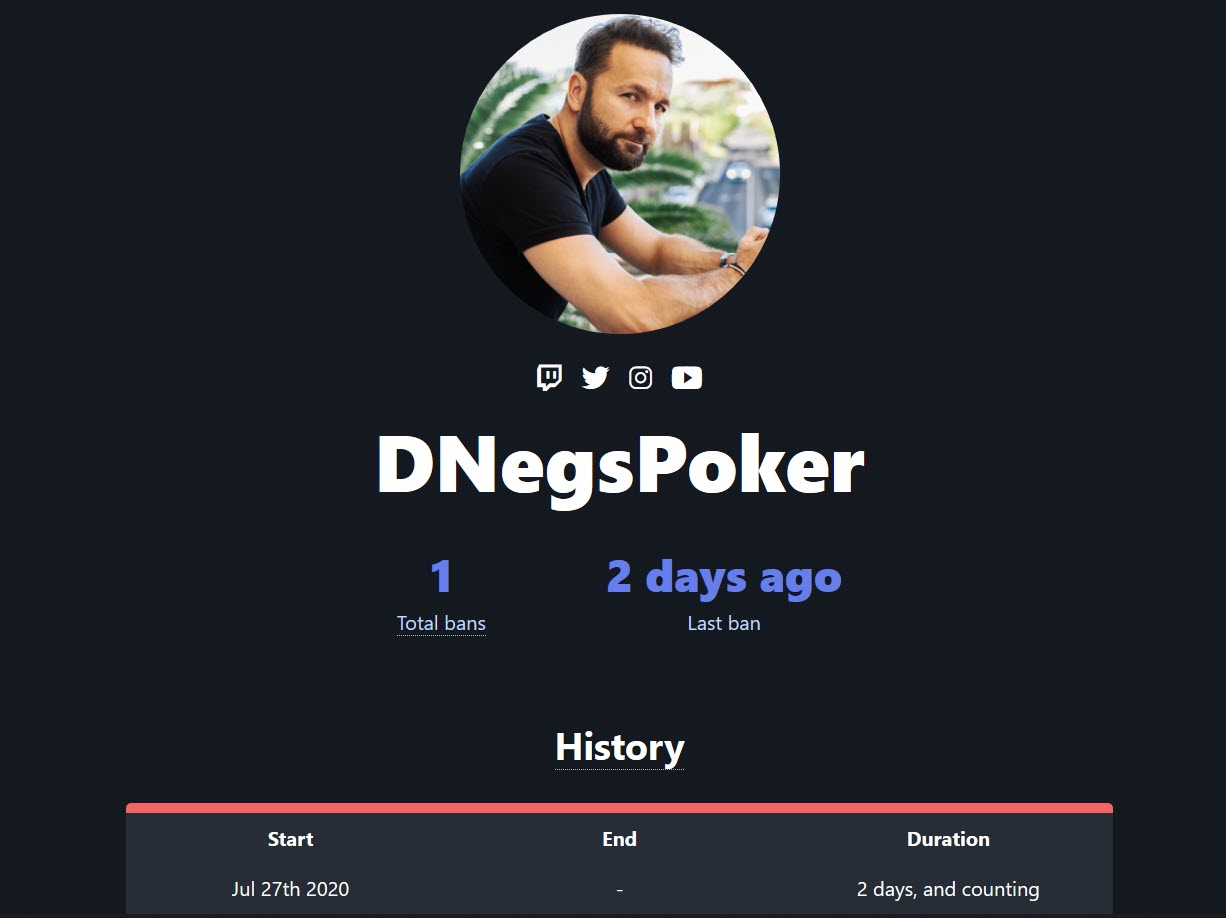 …with no word as to how long the banhammer would keep him off the popular streaming platform.

DNegs explained the TwitchTV ban decision to his fans and followers:

“I think a permanent suspension is a little much, if that’s the case so be it, we move on. We still have plenty of opportunities to stream.”

It didn’t prevent Daniel from lashing out at another critic, this time commentator Norman Chad the target after he had the effrontery to question DNegs’ outbursts.

That was met with a expletive-ridden response, Negreanu describing Chad as a “preachy motherfucker” and telling the ESPN and WSOP legend:

“You don’t like it, I don’t give a fuck. I think I’ve made that clear. I don’t give a fuck what you think. At all. You’re not my fucking mentor, my life guru; I do not follow your rules of living. You do you, you can say whatever the fuck you want to me. I’m not going to listen to you, you dumb fuck. Enough! Move on to bigger and better things.”

The 2020 online World Series of Poker is due to finish this weekend, but there’s still time for yet another outburst from the game’s most notable name and face. What are the odds?