The shock story broken by PokerTube that King’s Casino boss Leon Tsoukernik had filed counterclaims in a $multi-million lawsuit involving Matt Kirk and the Aria Casino in Las Vegas has seen some of the biggest names in poker taking to Twitter against the Czech millionaire – Doyle Brunson, Daniel Negreanu and Bill Perkins chief among them.

Tsoukernik claimed that he ‘was taken advantage of’ by both Kirk and the Aria, stating that he was ‘unable to read the cards’ and required help from his opponent and the dealer to count his chips during the late-night poker session which saw him lose $3million - a heads-up match during which he claims the actions of his opponent and the cardroom rendered the game ‘unfair, dishonest and non-competitive’.

Daniel Negreanu soon weighed in on the debate…

…focusing on the points raised in a Cardplayer.com so-called ‘exclusive’ on the story which was titled ‘Casino Owner Says He Was Tired, Drunk When He Lost $3M In Controversial Poker Game’.

Tsoukernik’s claims were much-wider ranging than the fact that he was ‘visibly drunk’, ‘taken advantage of’ and had friends allegedly ‘prevented’ from removing him from the game by the casino or its agents.

Tsoukernik - in his court filing which is seeking redress of $10million - insists that he was willing to settle with Kirk, naming Dusk ‘Til Dawn supremo Rob Yong as a witness to Kirk first accepting a ‘reduced settlement’, and then returning to say he would ‘destroy Tsoukernik’ - allegedly using the $1million which the King’s boss had paid him as settlement.

This, however, didn’t grab the attention of the world’s biggest names today, billionaire poker amateur Bill Perkins instead tweeting…

…with Negreanu having a second pop at Tsoukernik, tweeting…

Cardplayer magazine, meanwhile, gave WSOP, EPT and WPT titles holder Gavin Griffin space to launch a separate wave of attack on Tsoukernik, Griffin picking up on the WSOP announcing that Leon had become the first player to pledge an entry to next year’s $1million buy-in Big One drop event, scheduled to return to Vegas.

“It has to be clear to the World Series of Poker,” Griffin wrote, “that this man is untrustworthy when it comes to poker. Why, then, would they want to be associated with him in any way? He’s defrauding and scamming their customers on a regular basis and generally making the high stakes games that are frequented by these players much tougher to deal with. After all, in poker, if you can’t trust someone to pay you when you play, how can you play with that person?” 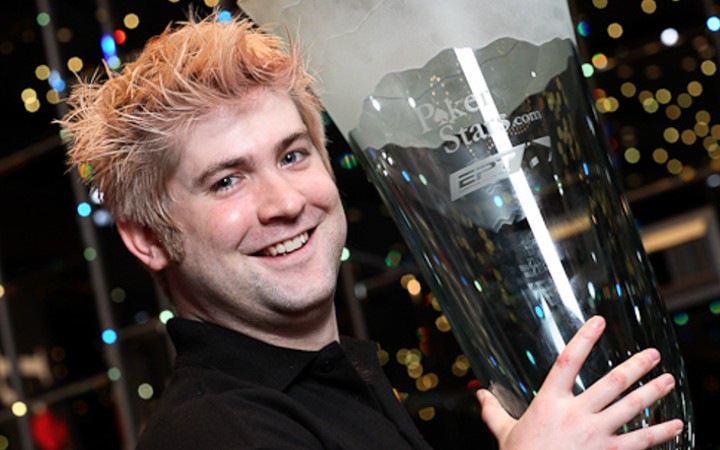 Leon Tsoukernik, in his counterclaims against Kirk and the Aria Casino, takes a different view of matters, stating:

“As a casino operator, I feel it is my obligation to never allow a patron to be treated as I was and to alert the poker community of the risks they take in situations like mine.”

“I believe that my response shines light on some of the unethical practices that target poker players. It would be easy to remain silent and make a business decision but too much has been said and too much damage has been done for me to keep quiet.”

While the courts await responses from Kirk and the Aria to Tsoukernik’s astonishing claims, Twitter of course will provide its own verdict – and doubtless Cardplayer.com will have more fodder after this article with which to write another ‘exclusive’.