On the back of last week’s news that Artificial Intelligence poker-bot Libratus is set to challenge four of the world’s best poker pros in a heads-up match, researchers from Canada and Czech Republic are claiming that their own software has just roundly thumped 33 professional players in a similar match.

The software, named DeepStack, apparently defeated players from the International Federation of Poker, including such luminaries as Phil Laak, members of the computer AI team writing that:

"Over all games played, DeepStack won 492 mbb/g. This is over four standard deviations away from zero, and so highly significant. Note that professional poker players consider 50 mbb/g a sizable margin.”

The maths behind the researchers challenge is predictably obscure, at least to this writer, but the main brain behind the Humans vs AI match scheduled to kick-off today - Carnegie Mellon University professor of computer science Tuomas Sandholm – isn’t impressed.

His program Libratus, designed in conjunction with PhD student Noam Brown, is taking on the might of Jason Les, Dong Kim, Daniel McAuley and Jimmy Chou in a 120,000 hand match at Pittsburgh’s Rivers Casino.

"They were not playing against top pros, so one can’t say they bested mankind,” he explained to The Verge tech and science magazine, adding that: “We could have done that two years ago. (Already then we had a bot that played the BEST humans to a statistical draw.) But that was not our goal. Our goal has never been expert-level AI, but rather AI that is super-human level like Deep Blue and Watson.” 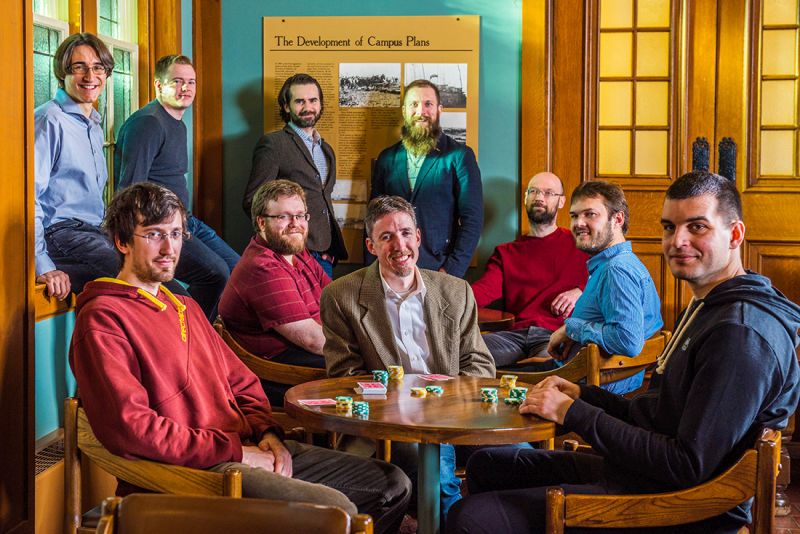 DeepStack’s seemingly-impressive victory has yet to be peer-reviewed, with some of the players appearing to have played far too few hands against the machine to be statistically relevant, but it is clear that the AI experts have the poker experts in their sights. The machines are coming!

$20 Million Online Super Series Kicks Off Next Week on ACR