Drugs, Money, and Danger in this Seedy New Underworld

It is almost a commonplace observation to note that India is huge: by land area it is the eighth largest nation in the world, its economy is the third largest, by population it is second only after China. The latter two of those things – population and economy – are growing all the time, and here’s the thing: all those people, all that money, are living in a world in which legal poker is limited to a few key areas that count as ‘offshore’, as is the case in places like Goa, Sikkim and Bangalore. If you live in the middle of that land area, ‘offshore’ is a really long commute.

This has never seemed like too great a strain on the morays of India, just because poker didn’t used to be that prevalent. Gambling happens of course, and in certain festival months teen patti, a version of three card brag, is played by almost everyone. The shift from brag to poker is an easy one, and happened in England over the course of the 90s. India has been following suit. Just like England part of that shift has been triggered by the Moneymaker effect and increased coverage. In a nation throwing off a caste system and embracing the individualism championed by capitalism, the real American pastime seems a good fit.

The growing popularity of poker in India does pose an interesting problem though: where do all these players go to play?

Well, it’s not like a little thing like regulation and legality is going to stop people from playing. If we learnt anything from the 1930s it has to be never get involved in a land war in Asia, regulate the stock markets, and prohibition never works. So it went then, and so it goes now.

In a fascinating article for Quartz IndiaNeha J Hirandani describes a world reminiscent of the underground clubs in the old days of poker:

"Alongside these casual games, homes and farmhouses are often rented out for ‘raked games.’ Here the house operates like a casino, taking a percentage of the pot (rake cap) in exchange for administrative hassles such as paying off cops and deciding who gets to play on credit.”

For many Americans today who live a good distance from Jersey, Nevada or an Indian Reservation the world looks the same. The lack of legal poker leaves a hole in the market, and that market is growing. So, naturally, enter the entrepreneurs.

It is hard to put numbers on that growth though. After all, the market is wholly unregulated, a seedy world of winners and losers, grinders and degenerates. When statistics fail us, the proof lies more in the anecdote and we turn to people like Pranav Ghandi who wrote for CNN India:

"Ask any Mumbaikar between the ages of 25 and 40 if he plays poker in India and you’ll be on the receiving end of a proud smile. He’ll talk about his regular game, his high-stakes game and the tournaments he’s won. You’ll be convinced that the Indian poker boom has arrived. But has it?”

Well the answer to that is a qualified ‘yes’. India seems to be going through its own poker boom. Despite the lack of big tournaments onshore, the WPT did manage to sell the Indian rights to its programming and branding to Adda52.com, an Indian poker site. Meanwhile the India Poker Championship has been operating since 2010, attracting a solid two to four hundred players for most of its events, a respectable showing for your average card room.

These legal tournaments produce their own cast of pros who are gradually realising that they can make a living playing a game they love, and with the games still soft the major obstacle to that lifestyle is more likely to be the condescension of the older generation that the competition.

The legal clubs and tournaments are just the tip of the iceberg. It is beneath the surface that the real money is being turned over: in the illegal backrooms where grinders like Piya, quoted in the Quartz article are playing so hard it’s wrecking their marriages:

"When I first started playing two years ago, we were four couples on the table. Two couples were married, one was engaged and the other was dating. Fast forward two years, and not one of our relationships lasted.”

That is some dedication to your game, and one that can pay off. While the internet savvy hordes which have taken over the game in America and Europe, ruling the roost with skillz honed over hundreds of thousands of hands and hand analyses, India is still home to mostly casual players thanks to the limitations on online gambling. The casual player, the wannabes, and the just plain deluded still flock to the tables.

Hirandi’s article paints an image of big time whales, there to play for fun, being still plentiful even in the crepuscular world of the Indian backrooms. The pros over there even talked openly to Hirandani about ‘whale management’:

"The sharks don’t take sudden bites but rather bleed him slowly—“you’ve got to keep the whale playing comfortable stakes so he doesn’t feel threatened,” Siddarth [one of the pros] says quietly, his eyes gleaming in anticipation.”

They coddle the whales with sympathy saying ‘bad luck’ when he loses and ‘nice hand’ when he wins. They keep him happy, until he loses the lot, and then they move on. Unless they too are down...

Drugs and Rock and Roll At Least

It all has the sound and feel of a more exciting, romantic time. The idea of road gamblers, secret knocks, hold-ups, and slipping past the five-oh on breakneck runs towards county lines. A time replaced now by smoke free poker rooms with clean floors and table service.

But the dark side of that old world is present too. If Stu Ungar snuffed it while hoovering up cocaine in a Vegas hotel room, the rockstar world of the illicit gambler has not changed much on the Indian sub-continent.

When the game is good, you don’t want to miss out on profit just because of human weaknesses – like the need for sleep; and when you’re down you gotta play until you’re even. So thirty-six hours in, when coffee won’t quite cut it, cocaine steps up to the plate: the mother’s little helper cranked up to eleven. Siddarth tells Quartz:

"We began playing at 6pm with eight of us on the table. By 3am, only three of us were left. We stayed on because we were losing. The losers try to win from each other. We pull line after line and hope the session doesn’t end.”

Cocaine is still illegal in India, but as it goes with poker, so it goes with drugs. Life, to quote Jurassic Park, will find a way. 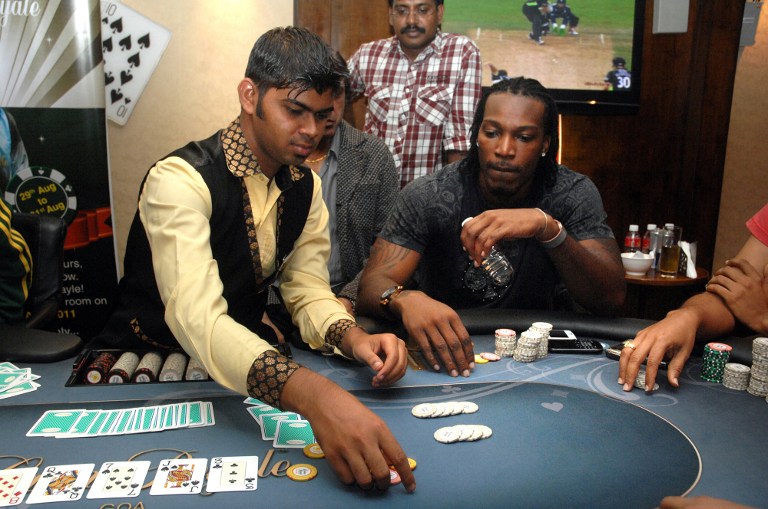 Another possible reason for players valuing the illegal poker rooms over the more legal is that legality does not always ensure quality.

For example, after the High-5 Poker Room ran the amusingly named ‘House of Spew’ tournament, they had issues with players not getting their winnings.

This scandal caused a quick changeover of management and the card room was rebranded first as Andyz Fish & Chips in 2014: “one of the more established poker clubs in Bangalore” according to the Indian Times.

Then, a few years down the line, it changed hands again after an ownership dispute. Now it lives on as the appropriately named Phoenix.

Issues like this are, in reality minor, but must chip away at the perception that there is a real difference between the underground card rooms and their legitimate brethren.

Paying off the cops, securing the player’s money, buying dealers, tables and chips adds up. This cost is passed on to the players. By some estimates, the Indian underground scene is the highest raked anywhere in the world. Which means it is a big industry with a big turnover. How big is anyone’s guess at the moment, but you would expect this high cost to start pushing players towards legal haunts. Then, as the game becomes normalized, you might expect the law to relax.

But Pranav Ghandi was predicting this for CNN back in 2011. Back then, he felt the Indian poker boom was five years away. With the benefit of hindsight he was little closer to the truth when he wrote:

"[It] will require dramatic legal changes and the mind-set shift of a generation. I suspect the latter may happen sooner than the former." 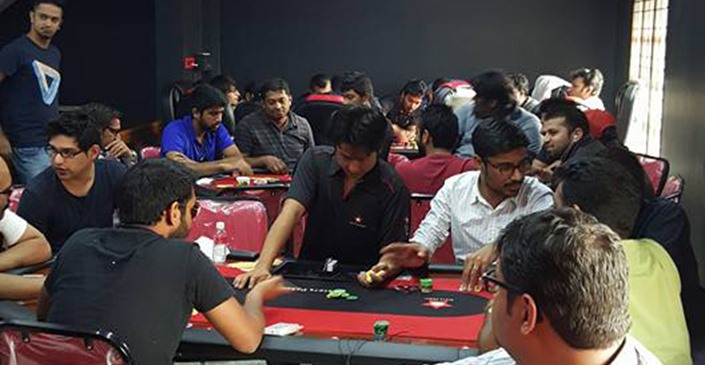 That generation has shifted, now the legislature has to catch up, because nothing is gonna keep them from the game. Not even the law.

The first witnesses took the stand in the Suzie Zhao murder trial, with accused Jeffrey Bernard Morris present in a Michigan court as the prosecution began their case

The trial of Jeffrey Bernard Morris, the man accused of the horrific murder of poker pro Susie Zhao, got underway in a Michigan courtroom

The BIGGEST WIN Of My LIfe!! And It's Not Even Close! Must See!