Thomas Kremser has today hit back at recent accusations regarding missing money at the 2011 EPT festival in Madrid, stating they are “libelous allegations... that lack all truth“ and giving a detailed account of his dealings with both the EPT and PokerStars, including his break-up with the tour sponsors.

Earlier this week, Finnish poker journalist Juhani "AdMinister" Tyrisevä recounted his career as a reporter covering EPT events, claiming on a Finnish online platform, Pokerisivut.com, that Kremser had been “given the boot” at EPT Madrid in 2011, and that a shortfall of €20,000 in a side-event was part of the reason Kremser split with PokerStars, going on to allege that:

“My prudent guess is that Kremser and his partners have stolen hundreds of thousands of euros along the way.”

Thomas Kremser, however, is outraged at the accusations, telling PokerTube today:

“I refuse to assume why he is uttering these allegations against me and base my statement purely on facts and personal recollection.” 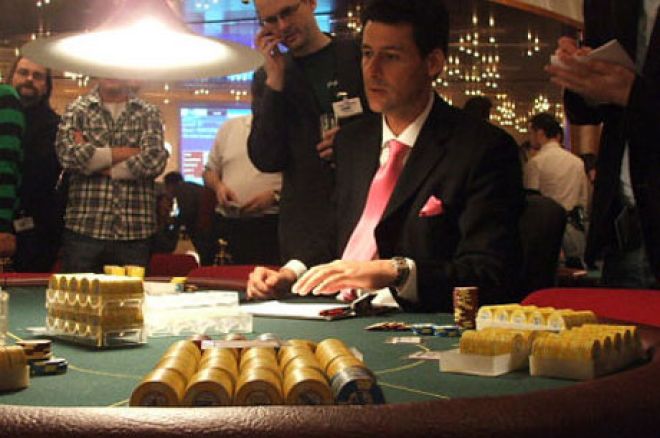 What happened during EPT Madrid in the PLO tournament?

“The whole story came out thanks to Juha Helppi, who was one of the three players left in the $5,000 side tournament. The players were negotiating a chop and Helppi noticed that the event had 80,000 chips more than there should be. It was quite obvious that the buy-ins of four players had been misguided from the prize pool,” stated Tyrisevä. “PokerStars returned those 20,000 euros in the prize pool, but I do not know whether the money came from Kremser or the company's own pocket.”

Thomas Kremser, however, believes Tyrisevä is making this ‘story’ into something more than it is.

“There can always be various reasons why more chips end up in a tournament,” he explained. “For example a wrong count at one of the chip raises is one possibility. As this chip set has been used various times before at that festival, it cannot be excluded that chips have been retained by a player. Also in Madrid we had a crew of over 100 dealers and floor staff and I cannot guarantee for every individual, although I trusted my crew.”

Kremser, whose full statement is linked at the end of this article, relates that:

“Once we knew what has happened we checked together with Neil Johnson and a representative of PokerStars all the books and made an overall chip count. We counted chips of all tournaments that were going on at the same time. As well the chips at the chip room (not in use) as the chips in play were correct and no indication of another discrepancy. In a meeting with representatives of PokerStars and myself we couldn’t find out the reason for it and it was decided for the avoidance of doubt that PokerStars would add money to the prizepool, which I think was a very fair solution.”

Kremser goes on to state that:

“In my 7 years with EPT, my team and I were responsible for more than 60 festivals and over 1,000 tournaments. For that many years and events there was never an issue of any kind that allows people like Juhani Tyrisevä to express such allegations!” 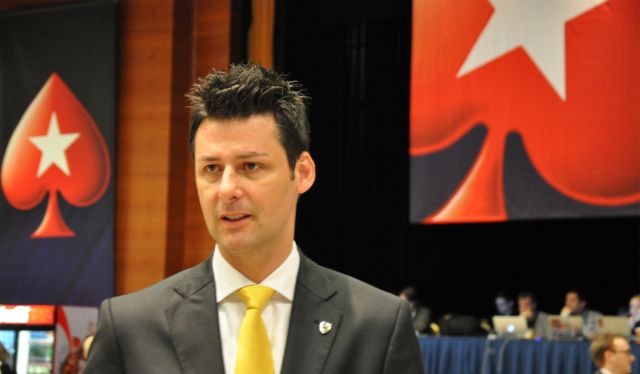 On the reasons why his 7 year co-operation with PokerStars come to an end, Kremser explains:

“First, I was never employed by PokerStars, we had a contractual cooperation between my company TK Poker Events and PokerStars. In the first years this contract was renewed annually and for the last 2 years (Season 6+7) there was a 2 year contract. This contract was signed by John Duthie just before he resigned as a CEO of European Poker Tour. Since John was not in charge anymore, things started to change within PokerStars which complicated the smooth cooperation."

When asked at the time if there was ‘any link between the parting and the controversy in Madrid’, Kremser stated: “No, I made my decision long before”, but journalist Tyrisevä claimed:

“No one knows with certainty whether the decision to terminate the agreement had already been made before the theft came to light, but the case itself was quite clear.”

According to Kremser it is in fact very clear – and documented – detailing why the relationship soured after Duthie’s departure, stating:

“In these 2 years PokerStars was trying to save more and more expenses on the crew and we had a touchy legal issue with payment of the staff. A situation that occurred during EPT London (Season 6) that finally clouded the relationship. The casino all of a sudden announced at the end of the event to keep 25% of the dealers tips for tax reasons. I considered that unacceptable and unfair towards my staff who always went the extra mile to give the players the best experience they can have."

“Furthermore,” adds Kremser, “it was also against the contractual agreement between TK and PS. Even if I didn’t benefit by this amount, I decided to use legal assistance to claim the amount for my staff, at my own costs and risk."

“After a few weeks of negotiations PokerStars paid the amount, which was forwarded 100% to my working crew from EPT London,” but states that the fallout was a turning point: “From this point on it was very unlikely we would continue our cooperation after Season 7, which turned out to be the fact. The last event of Season 7 was the EPT Grand Final in Madrid and that’s where the cooperation ended.”

Thomas is, naturally, unhappy at the Finnish journalist who he remembers “as a professional journalist from my time at the EPT events.”

“As a professional journalist, which I thought he was, he should investigate before he makes libellous accusations. In fact all his allegations are personal assumptions that he also admits in the article. In contrast to Junani Tyrisevä, I refuse to assume why he is uttering this allegations against me and base my statement purely on facts and personal recollection.”

PokerTube, and myself, who picked the story up via thread on 2+2, don’t escape unscathed from Thomas Kremser’s disappointment at the historic rumour’s resurfacing:

“What makes it worse is that other media’s are just copying content without any further investigation, just to get a headline. These days it is easy to post anything you like and can get away with it, that’s an unfortunate fact.”

As a professional poker news outlet, of course, PokerTube are only too willing to allow those accused in public to have their say in response, as here with Thomas, but public allegations regarding well-known figures in the poker world are not only newsworthy – they also need to be aired. Many scams in poker have only ever been uncovered due to the tenacity of poker forums and websites airing concerns and leading to investigations.

“My core values were always professionalism, trustworthness, innovation, correctness, respect,” he says, “and with these values I have set the standards in this industry. Players always knew what to expect when they participated in one of my events and me and my team are still respected for that. I always set the highest standards for myself and all my staff to give the poker players the best experience. I developed procedures, rules and the overall experience in this industry and that’s what I am standing for."

As a footnote, Kremser states:

“The speculation about my hobby collecting sports cars is another false personal assumption which is not the truth. The fact is that I am driving a 15 year old Mercedes that I bought before I even started with the EPT - and that’s my only car!"