There are billionaire poker players – and there are billionaires who play poker – and the difference is made very clear in the latest Poker Night in America show, when one a couple of our mega-wealthy ‘poker colleagues’ spew off his pocket change left, right and center!

As Joe Stapleton in the booth says of the episode, “Well today was a game full of billionaires, playing stakes barely big enough to get out of bed for!” and for the early-days Facebook executive Chamath Palihapitiya and Jason Calacanis, the angel investor connected to companies such as Uber and Tumblr among many others, that’s right on the mark!

But up against players such as Phil Hellmuth and David Baker in a cash game, life as a poker player is never going to be easy. 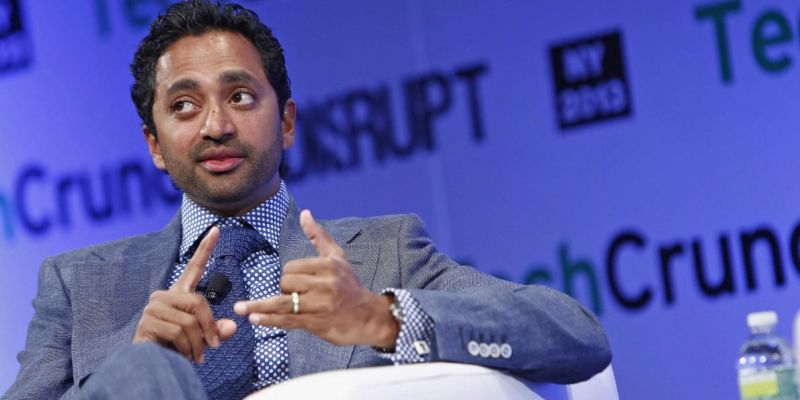 Palihapitiya counts both Calicanis and Hellmuth as part of his home-game in Silicon Valley, and 14-time WSOP bracelet winner Hellmuth told Business Insider a couple of years back:

"In general, great businessmen are great poker players. There’s a reason these guys made so much money in the real world. Those skills translate to poker.”

Well, you wouldn’t think so from the donkfest we saw on PNiA! But then again, playing for peanuts probably leads to the sort of play monkeys might indulge in if they barely knew the rules!

We’ll get onto the wealthier of the two shortly (as if a cash-count matters at this level of wealth!) but let’s start with ‘J-Cal’ and his episode-ending horror show.

Hitting his set of 8’s on the river is the first sign that the entrepreneur doesn’t quite understand how his opponent’s play, despite playing with many of them regularly, as his bet is met by a tank raise from big Phil – and everyone, even the commentators, know that it’s unlikely to be a bluff.

Undeterred, Calacanis ends up all-in, handing a $20k pot to Hellmuth who has rivered the straight!

Well, the $25/50 blinds are chicken-feed to Calacanis, who told PokerListings last year that:

"I've been playing poker for probably seven or eight years now. I started in LA playing very low stakes, $200 buy-ins and worked up to $10,000 buy-in games. I'm pretty comfortable with playing with $50k or $100k in front of me. I feel like I'm at a significant disadvantage, but not an insurmountable one.”

Picking on Calacanis might be a little unfair, as one of the opening hands of the show saw fellow billionaire, the early-days Facebook executive Chamath Palihapitiya, all-in also – his Ace-ten failing badly against Baker’s pair of nines as he tries unsuccessfuly to ‘out-baller’ ODB. And it only gets worse for the billionaire ballers boy’s club as you can see for yourself!

It’s fun, but it’s unbearable to watch if you’re a decent poker player, although both the billionaires are usually better than this showing gives them credit for. As Stapleton points out however:

"Now I know how Hellmuth has managed to survive as a pro for so long!”