It may not match the unmasking of Watergate’s ‘Deep Throat’, or reveal who ‘Jack the Ripper’ really was, but HighStakesDB’s naming of multi-millionaire businessman Paul Newey as the man behind the ‘topdoll827’ online handle is the first of what may be many ‘outings’ of anonymous accounts in the world of high-stakes online poker. 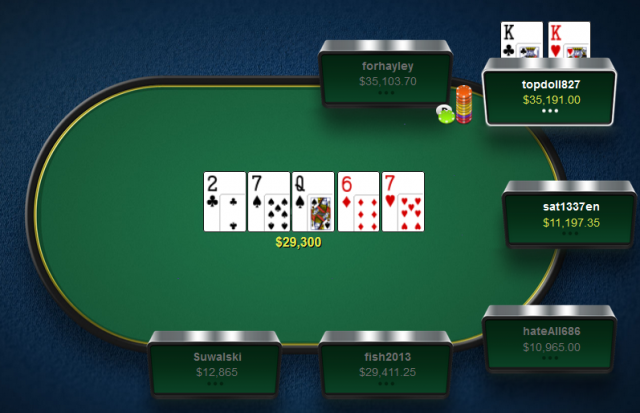 It may not have taken Sherlock Holmes to match Newey’s ‘topdoll827’ account to the man himself, especially given that his Twitter handle is ‘TOPDOLLARMAN’, but given that he is still seen at the online tables it’s useful info for many players, as well as fans of the game.

HighStakesDB report less than impressive results from the massively wealthy founder of Ocean Finance, citing “losses of $276,841 representing a loss of close to $50 for every hand played at $25/$50 and $50/$100”, which is a stark contrast to his live results which have brought him almost $5million in earnings, although it has to be pointed out that his buy-ins are usually at the nosebleed level.

It’s not only poker that Newey spends his fabulous wealth on, the inveterate gambler famous for coming close to breaking the bank at Star City Casino in Birmingham, staking £300,000 on each spin of the roulette wheel and winning £3 million, the combination of this plus “bad debts and appalling December racing and football results" forcing owner Stanley Leisure to issue a profit warning which wiped 12% off its share value.

Slots are another of the entrepreneur’s loves, last September Newey winning $1.75million at the Aria, the moment captured for posterity…

…although it’s not the first time he’s been in the news for a huge slot win, PokerTube reporting on a £400K hit against Ladbrokes a few years back…

It will be interesting to see if HSDB’s hunt for the anonymous kings and queens of the online game bears more fruit and you can check out their ‘Most Wanted’ list here. If you know who any of them are, just drop me a quick PM (anonymous if need be!) and I’ll be sure to pass the info along!