Leon Tsoukernik’s King’s Casino in Rozvadov has announced that it will not be accepting Italian players in its casino or hotel after the first cases of the Covid-19 coronavirus reached the Czech republic this week.

The unprecedented step was announced in Italian on their official King’s Resort Facebook page on Monday, an ‘Official Communication’ that translates in the main as:

‘…in order to safeguard the health of our international guests and prevent the spread of the Covid-19, we have chosen to completely limit access to all areas of the casino, not even accepting hotel reservations, to all residents coming from Italy indefinitely…’

King’s add that they are ‘canceling as of now all the events of March and April 2020 that target mainly target the audience mentioned above.’

It follows the news this week that five cases of the Covid-19 virus have been confirmed in the Czech Republic, all linked to travel to Italy in recent weeks.

Three cases were reported at the weekend, with a further two confirmed on Monday, including a professor from the Czech University of Agriculture as well as two students, one each from the USA and Ecuador, who had been studying in Milan.

Italy itself has seen 79 deaths from the virus, with more than 2500 reported confirmed cases making it Europe’s worst-hit country. 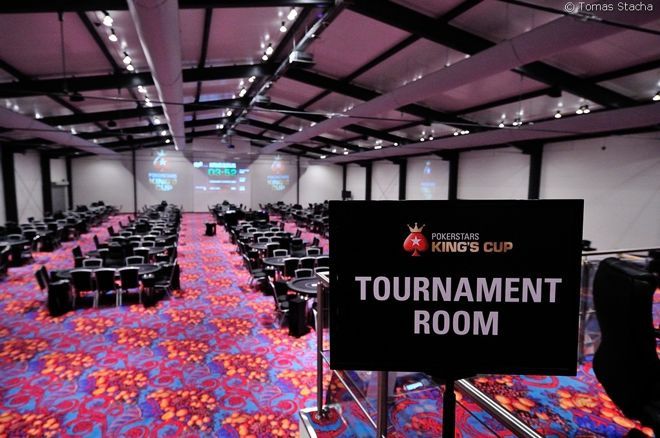 The King’s Casino ban on Italian poker players and guests is the first such action in the Czech Republic, various other big events reportedly continuing as normal, although a planned Biathlon has excluded spectators from their event.

The World Senior Team Chess Championships, which start this Friday in Prague and include Italian teams, is planning to go ahead as normal, according to the organisers.

For Italian poker players, the ban may affect the WSOP Circuit event due to start on Friday in Tsoukernik’s Rozvadov ‘poker island’.

King’s Casino lies about 100 miles (160km) due west of Prague, ten minutes’ drive from the German border, and regularly hosts events from other countries.

This week saw the finale of the German Poker Days series, and last month they hosted WPT Germany, but Germany itself had 150 confirmed cases of the new coronavirus as of Tuesday, 26 of them in Bavaria which borders the Czech Republic close to Rozvadov.

‘Given the constant evolution of the situation, we will follow any new developments, in the hope of removing this limitation to an audience to whom we are very fond of, giving timely communication via our channels as soon as possible. We inform you that, unless new provisions, the Poker Room events calendar remains unchanged from May 1, 2020 onwards.’