The diminutive Argentinian Maria Lampropoulos has just made history by taking down the £1million ($1.28 million) first prize at the Party Poker Millions event at Nottingham’s famous Dusk ‘Til Dawn Casino, becoming the first female player outside of high-roller events to scoop a 7-figure payday.

Her heads-up victory over an equally ecstatic 24-year old Jacob Mulhern (who landed a £650,000 payday himself) was greeted by massive cheers from the ladies event railers and instantly thrust the Buenos Aires woman into 5th spot in the all-time Argentina money-winners list – which is currently topped by her boyfriend, Ivan Luca!

“It really feels like a magic moment I’m in right now," said Maria after her historic victory, the 1240-player field having been whittled down to a final table which included Stephen Chidwick, and also fellow female Katie Swift, who took home £100,000 for her impressive 7th spot.

Although Lampropoulos was most afraid of Chidwick as the final 8 sat down to play for the massive prize-money on offer, it was her heads-up battle with Mulhern which defined the event, the Argentinian stating:

“He didn’t want to make a deal. He was convinced that he could win. Perhaps because I am a woman and he didn’t want to deal with a woman, but I trusted in my game, I just thought ‘let’s play.”

And play she did, with a relatively short but ding-dong battle ensuing, Mulhern drawing clear before the talented Maria pulled things back – the intense match followed by scores of fans of each on the rail being decided when Lampropoulos shoved her kings, Mulhern calling with AQ. Five cards later the title was hers, and the ladies on the rail went wild.

“I am proud of that obviously," Maria stated, adding "It’s wonderful. Every woman here supported me. When everyone chanted, I felt so emotional. They were all cheering and smiling because they feel ‘OK, I can do it too.”

Runner-up Mulhern was also a happy poker player, his £650,000 scoop coming courtesy of a $22 online satellite buy-in and some excellent live play, afterwards saying that:

"My life has changed. It's a massive amount of money for anybody to win, but for a lad like me of 24, it's huge! I’m not disappointed at all, I thought I gave a really good account of myself."

Mulhern’s excellent weekend also brought him an extra £100,000 from the Golden Chip last-longer fight, which saw him outlast all other online qualifiers, but of course it is the history-making Lampropoulos who deserves the final word:

“It really feels like a magic moment I’m in right now. I’m a little tired after such a difficult final table, but tomorrow I’ll realize what I did". 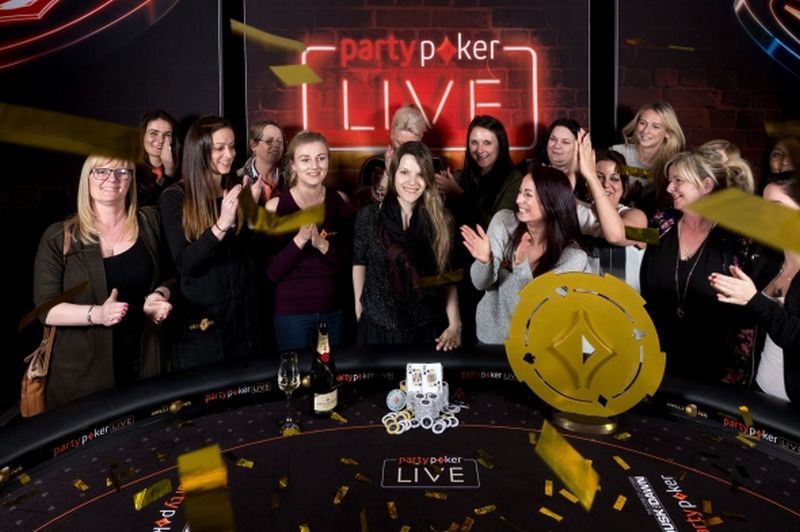 The Top 3 Female Poker Players of All Time

Who has won the most money?