It’s life come full circle for the legendary Mike Sexton, who announced yesterday that he would be leaving his iconic role as WPT commentator for the past 15 years to become the Chairman of Party Poker, a site which he helped to found back in 2001.

"It has been an honor and a privilege to work with the World Poker Tour since its inception in 2002," said Sexton in the WPT announcement, which also stated that Tony Dunst would be taking Sexton’s spot in the chair alongside Vince van Patten – a role he has occasionally filled when Sexton made deep runs himself in WPT events. 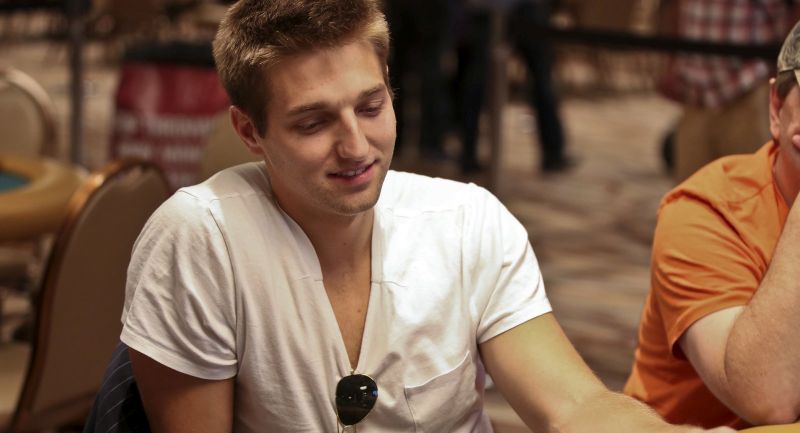 In a moving tribute to his friends and colleagues, Sexton explained:

“When the World Poker Tour launched, it was a dream come true, and to be there from the beginning and see how the WPT changed the poker world forever by essentially turning poker into a televised sport has been amazing. And to do it all this time with my co-commentator from day one, Vince Van Patten, has made it even more special.”

He went on to thank Steve Lipscomb “for his vision to create the World Poker Tour”, Adam Pliska for “bringing the WPT to incredible heights”, and “the entire WPT family for all they do and have given me”.

“I’d like to mention everyone”, said Sexton, “but there’s simply too many to name. They know who they are, and without them, the WPT wouldn’t have become what it is today.”

Thx to @WPT for GREAT 15 yrs! I wish them nothing but the best. This position w/@partypoker is an opportunity & challenge I couldn't pass up

The new Party Poker role will see Sexton continue his ambassadorial work for the site, but he will also be in charge of several other ‘goals’ – including improving the brand’s customer service and loyalty programs and overseeing the Party Poker Live tour which has been such a success so far.

Sexton is more than ready for the job, his press release covering the trials and tribulations of the site from its inception:

“I was at Party Poker from the start, before there was even a name or a single virtual card was dealt. I experienced the crazy times of the poker boom when we became the number one site in the world, I remember people sleeping on the office floor when we were all working 24-7 get the software launched and I remember the first Party Poker Million on a cruise ship which overlaid $500K.
It was devastating for me to see the decline of Party Poker when we were forced to pull out of the US,” he stated, adding: “and then watch from the side lines as our competitors remained and benefited from our customer base. I am really looking forward to working with people that love the game like I do. We are not aiming for second place. We are all in. Shuffle up and deal!”

Dunst, who will take over the commentary role, spoke highly of his colleague on the exciting news.

“Mike Sexton set the standard for what it means to be an ambassador, and the positive impact he had on my career and the broader poker community cannot be overstated.”

“I’m honored to be taking his seat in the booth next to the legendary Vince Van Patten; and while I intend to bring my own style to the position, Mike will be a lasting inspiration for how I carry myself and treat people within poker."

Jaffee has hit out at the Venetian casino, the WPT and Savage, claiming a “mind-numbing level of incompetence” ruined the tournament’s final table