Our Favourite Stars to See at the Table

It's always exciting to see Hollywood superstars at the poker table

It's always exciting watching a game of live poker, particularly between really skilful players, but one thing that tops even that is seeing celebrities at the table. Perhaps it's the strategic nature of the game, the chance at the pot, or the quick thinking skills that attract so many celebrities. Whatever it is that makes poker so popular with the stars, we're delighted they're here for it.

Victoria Coren Mitchell is probably best known for her glittering career at the BBC and her weekly columns in the Observer. One thing that fewer people recognise is her incredible talent at the poker table. Whilst she loves nothing more than sitting around a star studded table, with her busy schedule it can sometimes be hard to fit that in. In these instances she's equally happy playing a game or two of online poker when she gets a break in her timetable. One of her most notable wins came in San Remo in 2014 when this poker queen took first place and managed to amass 476,000 euros on just this one occasion. Her live tournament earnings stand at a staggering 2.47 million dollars - one thing is for sure, she's certainly no minor player! 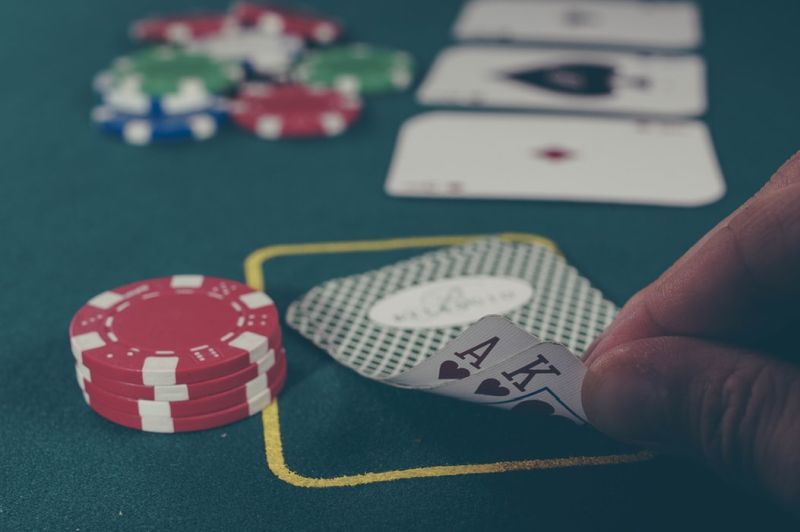 Macy Gray is a true star. She's perhaps best known for her totally unique voice, both beautifully melodic and heart wrenchingly rasping, crediting Billie Holiday as her longest standing inspiration. Her musical style swings from R&B to soul and jazz, with each influence being given time to shine in her ten studio albums. During her musical career she won many awards, including a Grammy which she is the most proud of. Alongside her musical career she has appeared in a number of films, most famously Spider-Man. When Macy gets any downtime (which really must be a rarity) she likes to unwind by hitting the casino. Although she doesn't quite reach the poker big leagues (her biggest win is $28,000 in a night), she really enjoys playing cards in Las Vegas. Her big money comes from her musical career, but it's great to see a star so passionate about their hobby.

This hilarious quartet have graced our screens since the earliest inception of Buzz Feed. They are best known for being up for trying absolutely anything, whether that's donning sexy Hallowe'en outfits (for women), eating the hottest chicken wings known to man or trying to beat a poker master at her own game. Maria Ho was their chosen poker master and she is a demon at the poker table, having taken home some $4million in live tournament winnings. She's also a television host and commentator, and with her impressive standing on the all time female leaderboard, she probably deserves a spot on this list herself! On this occasion, the team of four did manage to beat her. Emboldened by this win, perhaps in a few years from now one of them will be a bonafide poker professional themselves?

Ben Affleck is Hollywood famous. He's been acting since he was a child and that lifetime of honing his talent really shines through. He has two Academy Awards and three Golden Globes to his name, which is quite some achievement on its own. On top of this though, he really has earned his stripes as a skilled poker player, taking lessons from Daniel Negreanu and Amir Vahedi. It seems that their tuition certainly worked, as Affleck managed to take home the 2004 California State Poker Championship first prize, a not too shabby $356,400. He was also rumoured to have taken part in perhaps one of the poker world's most talked about games - Molly Bloom's high stakes game in the Viper Room. These games were so renowned that they even earned themselves a feature length film, Molly's Game, which is well worth a watch for any poker film buffs. Unfortunately Ben Affleck didn't play a part in this film - perhaps he finds it easier playing characters other than himself!