In the modern-day poker world filled with faceless millionaires and forgettably, uncharismatic ‘Fedor-bots’ as Jason Mo likes to call them a trip down memory-lane to the real characters of the game is like a breath of fresh air. So, without further ado, here are my top 3 poker entertainers, a list gentlemen (or otherwise) you’d be hard-pushed to beat!

The legendary Englishman, who sadly passed away two years ago, put poker firmly on the map in the UK – and he did it with a style and edginess reminiscent of a London gangster, although he himself was from slightly further afield.

As I wrote in Devilfish’s obituary, Ulliott was a ‘criminal safe-cracker, poker pioneer, party animal, family man, bracelet-winning expert player, TV personality, tough guy, funnyman’ and every time I see him in an old clip at least two of these roles spring to mind.

Witness, for example, the following snippet from PartyPoker’s Premier League TV show, which saw the Devilfish facing off against Phil Hellmuth – the loser destined for the rails in this popular TV show from the early-noughties.

Devilfish, unable to buy even an ounce of luck, finds himself with pocket aces against Hellmuth’s pocket 9’s, and although I won’t spoil the hand for you, I will say that the classic line, “I don’t care, disqualify me… what if I don’t want you wearing that suit of your old man’s?” came from the lips of one of our protagonists – try it in both accents and see if you can guess who said it!

There are few people who make the transition from successful comedian/actor to poker pro, but Gabe Kaplan did it – and in some style, transitioning through host of the hugely popular High Stakes Poker TV show.

“Up your nose with a rubber hose!” was the catchphrase he made famous in the US when starring in the sitcom Welcome Back, Kotter! but for poker players it might be one of many laudits he received in the game which made him a firm favourite at the tables.

WSOP runner-up spots in different formats, WPT final tables and the SuperBowl of Poker Main Event title in 1980 were among his many accolades – and he was also one of the big names to frequent the underground Hollywood games which included Tobey Maguire, Matt Damon and Leonardo DiCaprio among the huge stars/whales at the table.

Mixing the old with the new, here’s how Gabe tackled a younger Doug Polk at the $1million buy-in WSOP Big One for One Drop…. 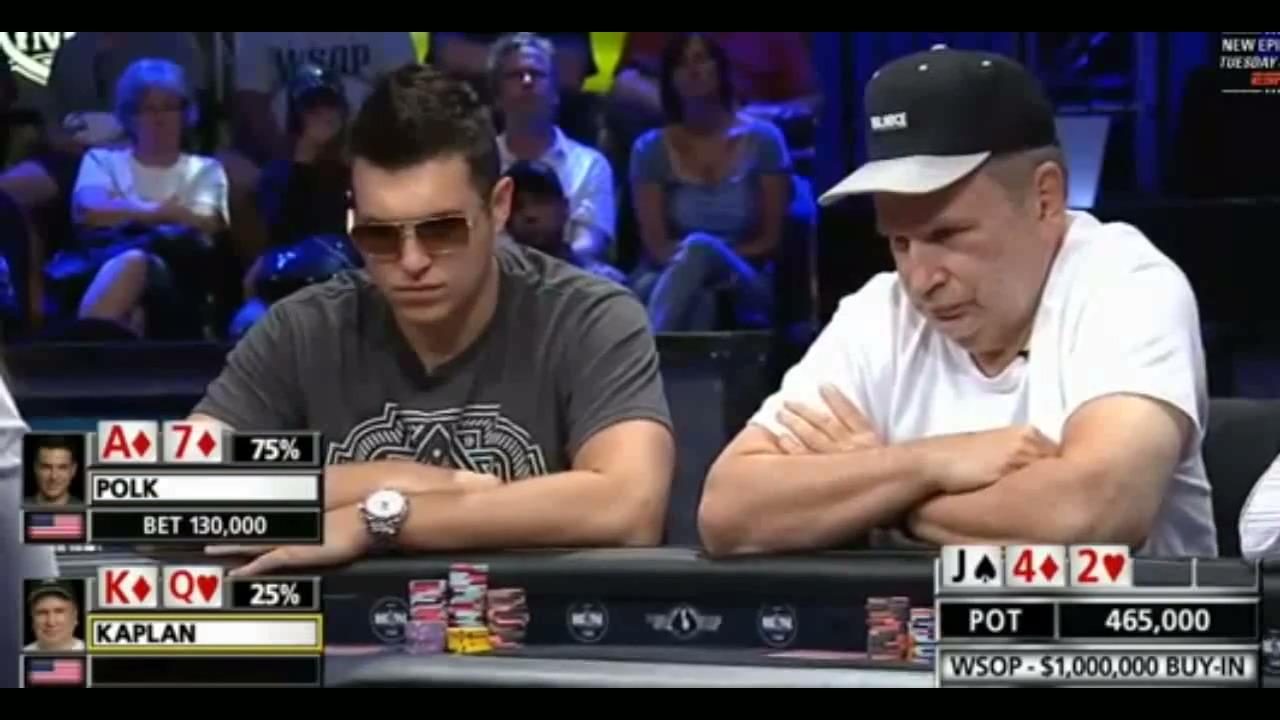 Now there are quite a few players who could vie for 3rd spot in this list; Scotty Nguyen’s antics, Phil Laak’s bizarreness, Tony G’s attacks, and even Hellmuth himself right up there, but entertainment comes in all form, so…

It’s equal parts self-loathing, pitiful bad luck and claims of greatness which make Matusow a must-watch from the older crew, and I can never work out which is part is more annoying, which more endearing!

With troubles revolving around drugs and money over the years, and some amazing displays of poker ability in-between, the 3-time WSOP bracelet winner is possibly the most divisive player in modern poker history.

Wearing his heart on his sleeve and certainly not shy about speaking up at the table (recall the Shawn Sheikanincident for one example) Matusow is the original poker braggart destined to succeed and fail in equal measure – and guaranteed to make any poker game more interesting.

Of course it’s not the first time that Matusow’s entertainment value has seen him grace our pages, so here’s a round-up of some of his most spectacular displays – view ‘em and weep!