If it was a quiz show and you were asked ‘do these things actually exist’, the job of ‘Head of Trump Betting’ might have you shaking your head and thinking: ‘Well it’s possible I suppose, but kinda weird to be an actual job’!

But it IS a job and Irish bookmakers Paddy Power appointed Joe Lee to the role, the ‘experienced betting market trader’ taking on the post which aims to deal with the massive upsurge in Trump-related bets. 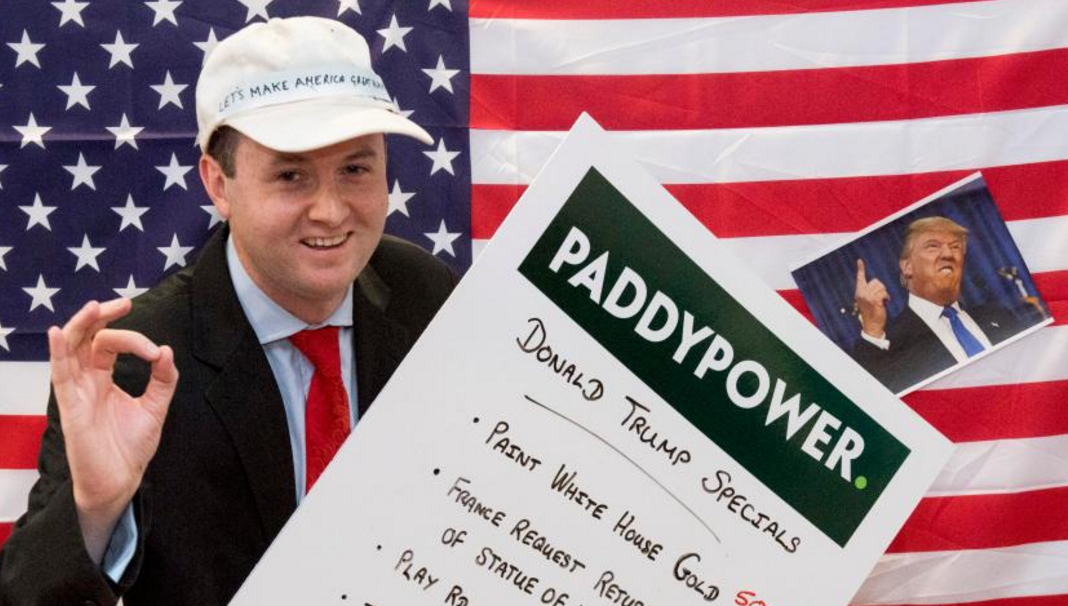 ”There’s no one in the world like Donald Trump and people are fascinated by him. He is far more popular than Brexit was with the betting public,” adding that, “If Trump is qualified to do that, then I don’t think any other job or candidate can be seen as ridiculous.”

The lengthy search to fill the post had seen Nigel Farage installed as head of the recruitment drive in an April Fool’s spoof blog, Paddy Power joking:

“After a disastrous year of political cock-ups – two words for you: Brexit and Trump – we are determined not to make the same mistakes again in 2017, and have turned to a political heavyweight to guide us. We’ve decided to recruit Nigel Farage, who correctly predicted the results of both the EU Referendum and the US Presidential Election, to revitalize the traders’ approach to political betting.” 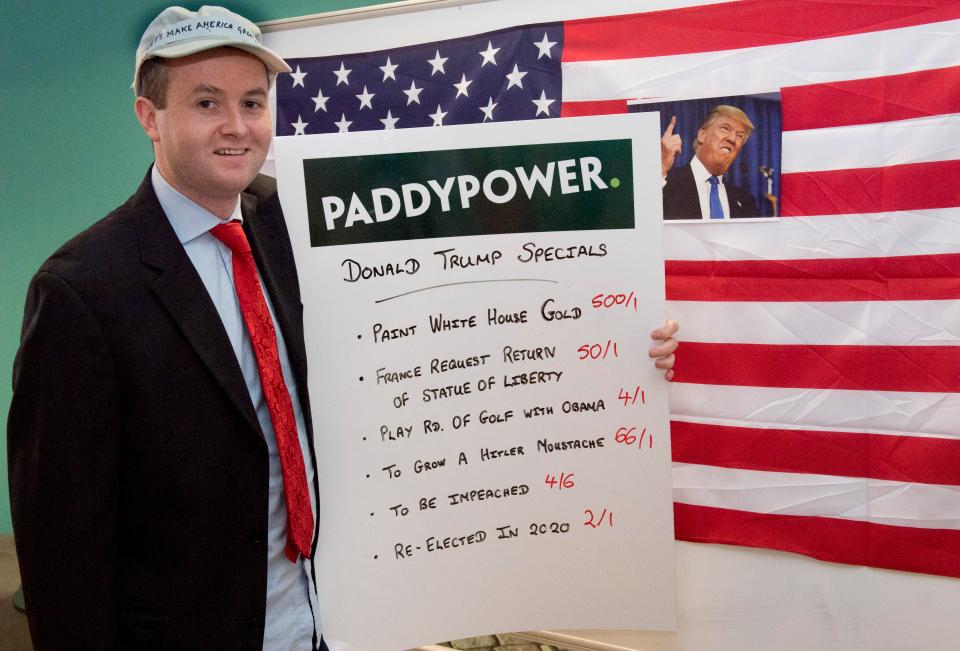 The role of Head of Trump Betting, however, is a serious one – Paddy Power’s ‘Trump Hub’ launched in February this year dedicated to ‘Trump-related betting markets’ of which there are over 100, taking bets on everything from ‘US-Mexico relationship, Presidential impeachment… and Trump family matters’, according to Sbcnews.com which has been following the Trump-betting market for a while now.

With Trump’s Presidential victory costing the bookmakers over $5million, the hope is that they will recoup their losses through the ongoing Trump battles and the betting public’s desire to get in on the action.

According to PaddyPower, Joe Lee will keep his role for ‘as long as Donald Trump remains President’.