Recent suspicions of a loyal Party Poker grinder that a number of players were working in unison to cheat in $109 buy-in tournaments have prompted the poker site to confirm that collusion took place and to take action in an effort to combat such thievery.

The 'DukeOfSuffolk' stated his concerns at 2+2 as the original poster on October 21, which led to an investigation by the Party Poker brass to determine the validity of his collusion claims. My colleague here at PokerTube, Andy Burnett, dutifully covered the story here.

Since that time, a Party Poker rep has provided an update regarding the results of that investigation. Unfortunately, the DukeofSuffolk was spot on in his suspicions. According to Colette at Party Poker:

"I can confirm a group of accounts were found to be playing in teams in order to collude against other players."

Colette went on to say that Party Poker has "sophisticated fraud control mechanisms in place that are continually being updated to counter new and more advanced fraudulent techniques," but at the same time gave props to the OP, admitting that "sometimes players are able to identify suspicious activity faster" due to the large number of hands that the fraud team must analyze before making a determination. 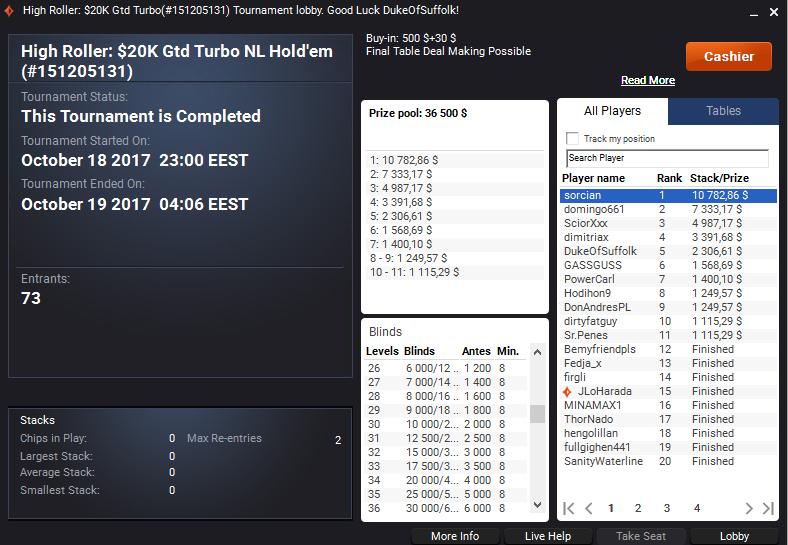 The confirmation of collusion at Party Poker has triggered the poker room to take positive action by forming a panel of elite players who will henceforth review suspicious hand histories to snuff out the cheating. In addition, a new email address - collusion@partypoker.com - has been established "where players can send their suspicions directly to the team who will review the case immediately."

Finally, Party Poker players can expect the rollout of new "highly advanced detection techniques" in coming months that will serve to further combat cheaters. Players found to be negatively affected by collusion will be recompensed accordingly, and the miscreants involved will be banned permanently.

"We always welcome proactive feedback from our players as it often helps us to identify issues faster," Colette added.

Hats off to the DukeofSuffolk for identifying the players who were fraudulently acting in concert. These new actions by Party Poker are certainly a step in the right direction.

Daniel Negreanu Will NOT Play the Doug Polk Challenge

A callous, gambling-addicted grandmother who committed a brutal double murder escaped a death sentence in Florida

Daniel Negreanu Will NOT Play the Doug Polk Challenge