It’s one of the banes of every tournament poker-player’s life – hanging around while the dealer chased up the snails who have forgotten to pay their ante in the later stages of play. Party Poker’s live event at Dusk ‘til Dawn, however, has introduced the ‘quick-fix’ method which sees the button responsible for the full ante.

“Did you hear of the new logical changes to our live events? Button pays the ante every hand. No more delay inbetween hands. Shot clocks next?” adding…

Slow play has long been a bone of contention in the game; tanking over trivial decisions; players stalling near the bubble; pros balancing their time pre-flop between folding and playing hands; the list of ‘reasons’ for slowing down play is almost endless – and this small step can at least help things to move along.

The 2015 WSOP final table was considered incredibly boring by many, and not because the actual hands in play were dull, but rather the endless slowing down of the action. Daniel Negreanu said of it: “So many people are turned off by the slow pace of play,” with Phil Hellmuth agreeing that:

“We need to change the rules of poker; slow play should be warned and then penalized.”

This year saw just such a rule introduced in the World Series, although it stopped short of the ‘shot clock’ which Dusk ‘Til Dawn and others have previously used to keep the action moving along.

Leonard’s tweets also mention the ‘shot clock’ possibility, but that has been vetoed by some of the biggest events, for the time being at least, Matt Savage stating:

“It’s not every day that poker players are making life-changing decisions for millions of dollars. That needs to be considered. If someone was tanking preflop in my $75 buy-in, I’m for sure stepping in. At the WSOP final table, it would have to be other players at the table complaining.”

Unlike tanking and bubble-stalling, the ante issue is an easier one to solve –as it’s generally just players not paying attention rather than using underhand or annoying tactics. The button paying the ante each round is a fairly effective way to keep play flowing pre-flop.

Leonard’s enthusiasm for the concept is clear, a later tweet stating:

But there were a few questions raised by big name players, high-stakes pro Matt Berkey tweeting:

Two of the biggest names in European Poker, Kenny Hallaert and Simon ‘Aces’ Trumper, got in on the conversation… 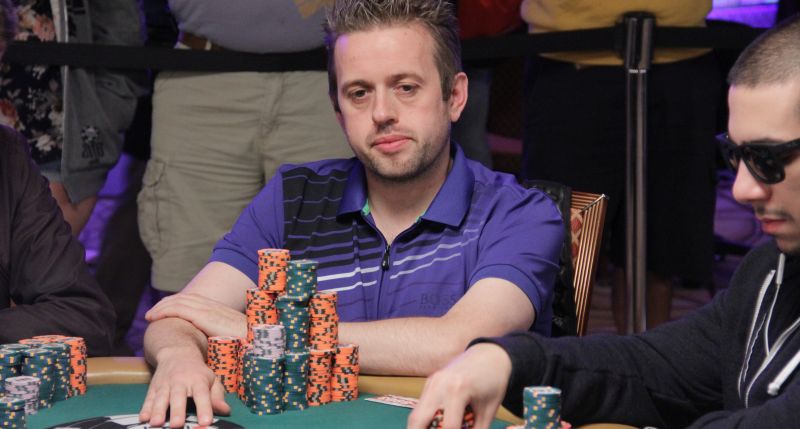 In typically democratic Twitter fashion, you didn’t have to be a big name player or organizer to have your say or pose questions about the button ante concept. In reply to Leonard’s tweet, a question from Chris Hunichen revealed that some thought might have to be given to tweaking the strategies involved with one big ante, as well as where best to have the ante.

Food for thought, and yet again Party Poker seem to be on the ball with regard to innovation and making a real attempt to improve the conditions, and remove the annoying details in poker, which cause so much unnecessary grief to the average player.