While the world’s best and richest players were battling it out in the high stakes Vegas tournaments, Russian Pavel Shirshikov took the opportunity to scoop the half-million-dollar plus first prize at the PokerStars Championship in the Russian coastal city of Sochi.

Incredibly his only 2 previous cashes had come at the very same casino a couple of months earlier in the Party Poker Millions, a mere $2500 his total combined reward that time, but the $5k buy-in Main Event would see him ride his luck several times, as well as show some great skill in the 387 player event, to come out on top. 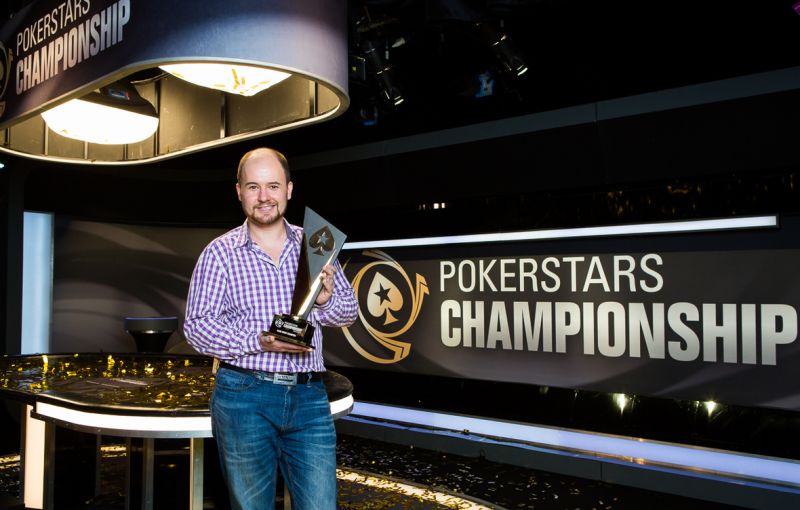 It was one of the biggest and most prestigious events to be held in Russia with a $2,658,630 prize fund to be fought over and, although heavily-packed with ‘local’ wannabes, the likes of Frenchman Bertrand ‘ElkY’ Grospelier and 2003 WSOP champ Chris Moneymaker made the trip, both finishing well in the money in 13th and 15th spots respectively for $30k plus cashes.

Shirshikov had made it to the final table of 6 with a healthy stack, a mere 1 BB behind the chip leader, and soon they were down to 4 when Bubnov and Lavrentiy Ni lost races, the latter’s pocket 8’s falling to Shirshikov’s AQ.

One huge hand gave an inkling of where the title might be headed, when Shirshikov’s kings ran into the pocket aces of fellow Russian Dmitry Vitkind, but survived when a king hit the turn and knocked his countryman out in 4th.

Iranian Seyed Ghavam was next to fall when his 2nd pair on the flop found itself unable to overcome Shirshikov’s top two – leaving him heads-up against the well-known Russian pro Vladimir Troyanovskiy, a man with over $5million in tournament cashes to his name.

Troyanovsky was fresh off a win in the National High Roller earlier in the week, which despite its name was a smaller ($2000) buy-in event than the Main Event, but it wasn’t to be two in a row for the big-name pro as Shirshikov steadily ground down his more experienced foe, finally besting him when A6 held up against K9 when the latter was short-stacked.

Most Iconic Poker Photos Of All Time

If the history of poker were written using only images, which photos would best encapsulate the game and characters?