Phil Ivey and Paul Phua: What Makes a Great Player?

The legendary Phil Ivey may not have been seen at the poker tables so much over the past year or two, but he still loves the game, as he explains in the latest of Asian poker maestro Paul Phua’s ‘In Conversation with’ series –short and revealing interviews with the world’s best.

Ivey needs no introduction, of course, but for those who haven’t heard of Phua, well, you really should have, the billionaire businessman running some of the biggest poker games in Macau and an excellent and hard-working poker player in his own right – well capable of taking on the likes of Ivey and his previous guest, Tom ‘Durrrr’ Dwan. 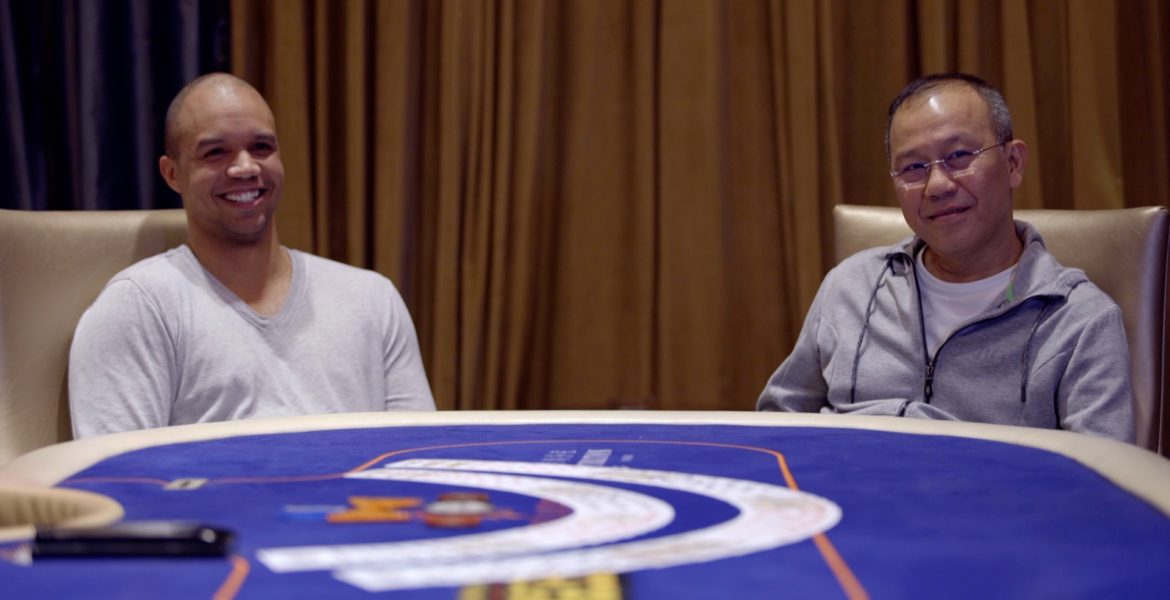 What makes a great player?

“It’s like in any sport… where anyone’s at the top level – they have to practice and put in the time,” explains Ivey, adding that the very best “have to really analyse everything that they’re doing.”

Drawing parallels to basketball, golf and soccer, he states that, “all the best players, they’re the ones that are putting in the work and practicing the most!” and Phua concurs:

“They’re the ones who never stop improving!”

Do you still enjoy playing?

An excellent question given that Phil has been notable for his absence from the mainstream poker scene for a while now, more often hitting the headlines for his gambling legal battles with certain casinos.

“When you’ve played so much and for so many years, it’s really difficult to get a huge thrill,” explains Ivey. Winning or losing big pots to the likes of Phua in the (very) high-stakes cash games which Macau is famous for still elicits emotion he admits, but:

“The thrill of betting a lot of money on it… I don’t really feel that – I haven’t felt that in quite some time, actually.”

The adrenaline-fuelled poker days which saw massive pots against his fellow nosebleed legends may be over for Phil – but he still loves the game.

“I enjoy poker, I enjoy sitting around playing cards. I don’t look at it like I’m going to work, because I love what I’m doing.”

Phua, who only started taking the game seriously about seven years ago, feels differently: “The sense of wanting to play is still there,” he states, although even he admits that the $1/2 games he’d have jumped into (despite his billions) just for the love of playing, hold no real attraction any longer.

What should players do when they’re losing?

The guys cover a lot of ground for a short chat, and both know that losing is simply part of the game:

“There’s no way around it!” says Phil. “Sometimes you’re going to have bad days… bad weeks… you have to get used to it.”

“You realize, maybe I should just quit and come back tomorrow,” is Phua’s advice for when every flip or hand goes against you – good advice for amateurs although you know these guys would have to be dragged from the poker table themselves!

I personally love these short insights into the game by players such as Ivey and Dwan – and it’s clear that Phua plans to bring us a lot more in the weeks and months to come, his site in general being excellent and his access to the biggest names in the game giving him a huge edge.

Free subscription and great content? It would be plain daft not to take advantage of it to be honest, especially with Ivey part 2 coming up soon.