It’s always a joy when one of the world’s leading players decides to share his thoughts and views on the poker world with us mere mortals, so Doug Polk’s new association with 2plus2 in producing ‘Polker News’ is more than welcomed.

Of course, most of us get our news and views digested by writers like good old me, and we will probably all have our favorite forums for discussing all the latest happenings – forums which are populated by the educated, the misinformed and the downright trolls who exist only to mess with our heads or ruin our days!

‘Polker News’, however, allows us an insight into what a great player thinks of the latest poker news and his first 15-minute segment didn’t disappoint, covering the recent Upswing Poker party, Andrew Barber’s take on buying and selling tournament action, Jim Carroll’s angle-shooting on Poker Night in America and well’known pro Eli Elezra’s debts to pretty much everybody in the high stakes community.

For those who don’t know Doug ‘WCGRider’ Polk, here’s a brief CV of the talented young American…

The Pasadena-born LA-resident was a University of North Carolina student when he swapped Warcraft 3 and various e-sports games for the virtual felt of online poker, after posting (and lying!) that he had lost money betting on consecutive coin-flips - at which point his fellow Warcraft 3 fanatic Ryan Fee sent Polk some money and offered some poker coaching.

It took Polk some time to get past the micro- and low-stakes online games, but when he finally conquered these levels his rise was pretty meteoric. Within 5 years he had stepped up to the nosebleed stakes, challenging Ben ‘Sauce123’ Sulsky to a match in which the winner could rightly boast to be ‘the best heads-up player in the world’.

Polk remarkably took $740,000 from the Sulsky – with an additional $100K side-bet topping up his huge win. His close friend Ryan Fee (with whom Polk set up the ‘Evil Empire Crew’) described Doug ‘WCGRider’ Polk’s rise in no uncertain terms.

He came out of nowhere and f—d everyone up … He devastated Sauce. Anyone who doesn’t think Doug is the best heads up player is a f—ing retard.”

For Polk, reaching the top echelons of the online high-stakes community was by no means the end of his ambitions. And the lack of serious opposition wasn’t conducive to his progress either.

Sitting on a computer and waiting around gets really boring,” Polk told Bluff magazine back in 2014. “I need to expand to other things in order to get games and make money.”

Expand he did, entering the live tournament scene with a vengeance by taking down 4th spot in the $100K Challenge at the 2014 Aussie Millions for $770,000 and announcing his arrival among poker’s best and brightest young talents.

A WSOP bracelet followed that summer and then he followed up a month later with a scoop of $1,648,350 in the $100K Super High Roller 2 in Las Vegas, proving that the transition from online superstar to real-life poker genius was complete.

In an unexpected move last year, Polk joined with Fee to open the training website ‘UpswingPoker’ – unexpected give he had previously spoken of how the top players were exploitable once they had opened up too much about how they played in such training sites.

So, after that brief biography, let’s move onto his latest venture with 2+2 and ‘Polker News’.

Although not new to broadcasting or being in front of a camera, Polk’s first ‘news’ bulletin was a mixed affair. Obviously the clean-cut, all-American has the perfect looks for the screen, and his voice comes across well – but some commenters advised him to sip some water during the bulletin to get rid of the dry throat swallowing! Fair enough – the relaxed atmosphere of a Twitch stream while playing is a bit different to facing a camera and remembering/reading a script.

The ‘script’ was well-rehearsed, Polk talking quite naturally throughout, although the first two or three minutes was obviously the ‘advertising payback’ for offering 2+2 his services. The Upswing Poker party piece will be of limited interest to most, but it’s part of the deal, so that’s fine.

2:37 - Andrew Barber and the fallacies of buying/selling tournament action

Polk then moves on to the meat of his broadcast, commenting on recent 2+2 threads of interest, and he starts with Andrew Barber’s views on the buying and selling of tournament action. This, of course, goers on at every level of the amateur and professional game – staking players, buying pieces of their action, whatever; it’s a necessary part of the game which helps to reduce the variance which can destroy a player’s dreams very quickly!

Barber released a report which began:

Buying and selling action has been a fixture of tournament poker for as long as I have been a part of it. Some are interested in reducing their variance, while for others it has been a means for players to play in bigger tournaments they otherwise wouldn’t be able to. With large tournaments being offered every weekend, it’s natural that the market for buying and selling pieces is as active as ever. However, despite its ubiquity and necessity in the poker economy, I would argue that it has become detrimental to investors, other players, and poker in general, and I would go as far as to say that the purchase of marked up pieces could be viewed as poker welfare in many instances.”

I recognized there was a problem years ago, and I think YouStake and some other questionable packages drove me over the edge. I think that many people fundamentally misunderstand this market. I see evidence of that in the marketplace forum and even in this thread."

Polk addresses the main points of Barber’s claims, starting with what he calls ‘the winner’s curse’ which basically means that in an auction style buying/selling scenario the final price paid is higher than it needs to be, or is good for the market.

Polk admits this possible problem, but reminds viewers that “it is very much a buyer beware” situation – “if people are not selling at prices that are reasonable, then you should not buy that action-it’s pretty simple.”

I’m not going to cover everything here, but basically it’s very interesting to hear the views of one of the world’s leading poker players, especially one who has fist-hand knowledge of buying and selling action. 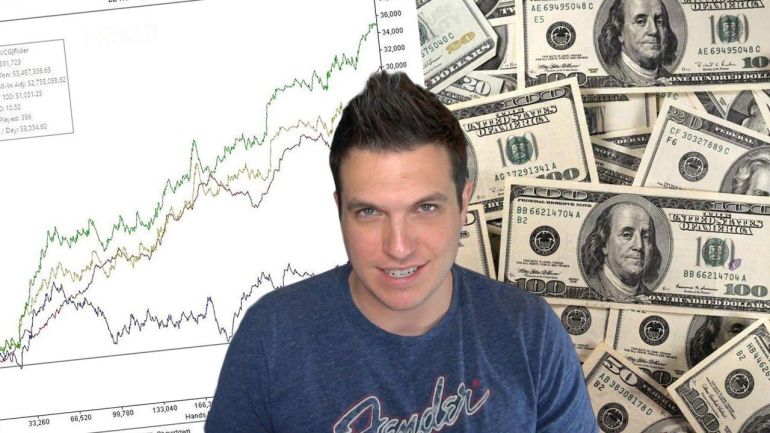 Polk’s next topic is one I have covered here where he discusses Jim Carroll’s ‘angle-shooting on Poker Night in America.

The real juicy stuff he saves for the end of his 15 minutes, a segment on the debts which Eli Elezra owes to many players in and around the high stakes community.

Elezra is one of the biggest names and faces in televised poker, but he has come in for a huge amount of criticism and hate for what many people believe is ‘scamming’ friends and fellow players out of huge sums of money.

It always makes me sad, when I look back at the day,” begins Polk, “…and all those times I watched High Stakes Poker and said ‘Man, these guys are so successful…one day I want to play with the greats

Brad Booth, Eli Elezra and all these guys. And then it turns out, you know,” states Polk with a sad shrug of his shoulders, “They’re just scamming people.”;

Basically, Elezra was ‘outed’ by fellow pro Shaun Deebon the Crush Live Poker podcast, comparing him to the likes of Chino Rheem and Erick Lindgren, degen gamblers and scammers of the highest order.

Deeb claims he is owed upwards of $50K by Elezra and also states that others are owed much more, some as much as $300K and in total Elezra’s debt apparently runs well over $1 million dollars.

The list of people that owes is ridiculously long…like, tons and tons of people. I don’t want to name any names, but apparently Eli owes many people.”

Polk then goes on to describe his own story, saying:

This is how I personally got scammed by Brad Booth. With Brad Booth I just remember him taking those 3 bricks (of dollars) and putting them on the table against Phil Ivey when Ivey had kings and he got the fold. The thing is that does not mean they are always going to be good for the money. In fact, a lot of the time you have to ask why does this person need the money to begin with?” 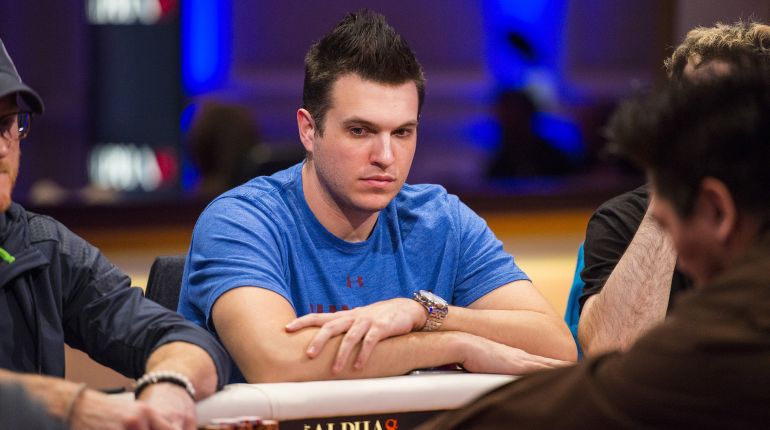 Strangely for such a strong player at high stakes, Polk then reveals that he had never heard of the phrase ‘On the finger’, which means that a player can not only bet the chips or cash in front of him on the table, but also can bet sums of money which he has – or claims to have – in reserve somewhere. It’s a poke IOU which can be used to bet with.

Polk questions why anyone would allow such a thing at the table.

If I’m playing with you, and you lose all your money, and then you say I’m going to play more with money which I ‘might’ have for you later…we’re not playing!"

Polk sums it up by saying:

You guys have to be careful! You can’t just say, ‘Oh, this is a well-known guy, he’s good for it."

So, overall, Polk’s first ‘Polker News’ was an excellent effort –extremely interesting topics which he was both knowledgeable about and had views on. As a presenter he obviously has the presence, looks and voice to make a second career out of this should he somehow stop winning millions on the felt, although there are no signs of that yet!

It gets a serious thumbs up from me and I’ll be tuning in to his second broadcast in a few days. Check it out!