Innovation in online poker is nothing new, but when was the last change to live poker you can remember? Well it’s almost here now with entertainment maestros G.A.M.E. coming up with Protection Poker – a new form of Texas Hold’em which aims to reduce variance and, hopefully, the tilt that comes with being sucked out on. 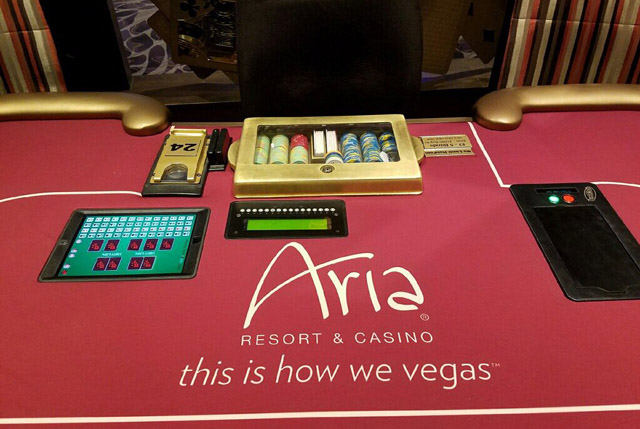 The novel, though not universally popular idea, sees at least 20% of the pot being set aside when a players is all-in when cards are still to come – but only if they are a 65% or more favorite. If their opponent subsequently hits his outs, the player with the best of it before the flop (or turn or river card) wins the side-pot! Goodbye bad beats! Or at least the total pain they bring!

With a soft launch a couple of days ago at the Aria Casino in Las Vegas– with the promise of live cash game tables throughout October and November to try the variant out – this unusual version of poker is set to launch worldwide on December 11th in the inaugural Protection Poker tournament hosted by Poker Hall of Fame member Mike Sexton. Sexton is a big fan of the idea, tweeting a few days ago:

ProtectionPoker is here! Get your $ in as dominating fav (65%) & you're protected. It's a better way to play. #Ariahttps://t.co/Pq57KwSMoi

@MikeSexton_WPT@ThePokerBoss See below about my thoughts on Protection Poker. pic.twitter.com/lvwUpImWBO

The basic rules which Sexton and Williams are arguing about can be laid out in three steps:

If it sounds a bit complicated, the developers will be providing dealers with calculators to do the maths, but let’s look at a quick example…

As the developer’s state:

"Dominate your Opponent and you’re protected!"

G.A.M.E. have already introduced innovative products to the poker market, their patented ‘Action Clock’ debuting at the Monster World Poker Tour Tournament of Champions at the Seminole Hard Rock Hotel and Casino in Hollywood, Florida this summer.

Again Mike Sexton is a big fan, claiming it as the “best thing that’s happened in poker forever” and there are plans for the clock to be used again in the upcoming $3million guaranteed Southern California Poker Championships (SCPC).

Whether Protection Poker, or the Action Clock, will win over poker players and fans remains to be seen, but I have a feeling that live poker players will have a bit more resistance to change than their online counterparts!