It may have been Phil Hellmuth who grabbed most of the headlines during last week’s Super High Roller Bowl with his typical ‘pokerbrat’ antics, but it was the young German sensation Rainer Kempe who walked off with the $5million first prize with an astonishing display of poker prowess at the final table.

The 26-year old, who hails from Berlin but plies his trade out of Brighton on the south coast of England, displayed not only the ultimate in sartorial poker-table fashion, but also the most accurate play and reads against the world’s best – including his heads-up victory over close friend and fellow German Fedor Holz.

49 players had ponied up the massive $300,000 buy-in for the event, with the likes of old-school super-high-rollers Daniel Negreanu, Antonio Esfandiari and Erik Seidel mixing it with the young brigade of Doug Polk, Jason Mercier and the German pair – with 14 of the world’s richest and best amateur players thrown in for good measure.

It was the best field I have ever watched play, and the four days of streamed and televised play included some amazing play, deep stack strategy you rarely get to watch and the inevitable horrors of tournament bad beats with millions of $ on the line.

Throughout it all though, Kempe and Holz seemed to stand out as having the keenest eye for an opportunity and the kind of focused relaxation which is needed to take down the top players in the world. Not to mention the skills to do so – the new generation of players showing a marked difference in style to the older one.

Negreanu was his usual chatty self, and willing to take chances, while Hellmuth reverted to type when things got difficult, running over the table with his brash, trashy-talking style which annoyed many of his fellow players.

The pair of Kempe and Holz, however, were mostly quiet, chipping away at the stacks of everyone else, before finally opening up when only short-stacked Erik Seidel stood between them and the best part of the $15million prizepool. Smiles and chat were shared shoulder-to-shoulder while the legendary Seidel sat off to the side, still in the game but seemingly forgotten about.

Once Seidel hit the rail in 3rd, it led to a 4-hour heads-up battle which may have been a casual viewer’s nightmare scenario, but was a lesson in deep heads-up play for the keen student of the game.

There was little to separate the two, both extremely well-schooled in poker, but it was Rainer Kempe who prevailed – slightly against the odds – and who was delighted with his first huge win at this level, and the championship ring which went with it. 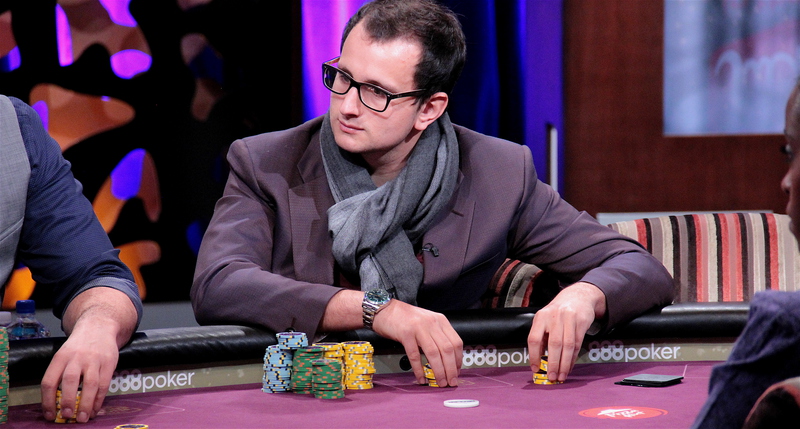 It was an event which seemed to herald a changing of the guard in top flight poker – and although oldies like myself were rooting for the players of my generation, it was clear that a different game was being played by the youngsters who learned their trade online.

Kempe was crowned king, and I’d be very surprised if it ends up being only for a day!

Colossus II Not Quite As ColossalLive Poker Events