Poker doesn’t usually demand a player to have fast hands, but Rubik's Cube expert Leonid Timonin could probably make a living from chip tricks if his poker career doesn’t pan out – but that may be a long way off after the Russian online player scooped a $30,000 Platinum Pass to the PokerStars Caribbean Adventure!

"I love poker," Timonin laughed as he faced the cameras, a nerve-wracking ‘flip-off’ for the pass coming as a complete surprise to the 135 players left on day 2 of the EPT Sochi Cup in his homeland.

"I still can't believe it," Timonin told the PokerStars blog. "It was a complete surprise." 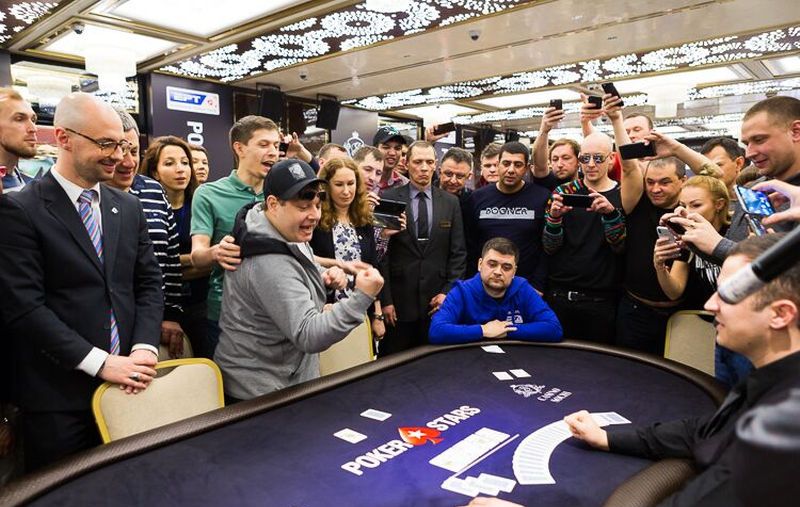 He was talking about the knockout flip which started with each of the 17 tables being dealt one hand face-up, the survivors moving on to two tables – another flip leaving Timonin heads-up against Ukrainian foe Andrey Melnik.

Having won precisely diddley-squat despite his 6 deep runs in Sochi, Timonin had no idea his luck was about to change massively – his only prior cash in live poker being an $1825 payday at the partypoker Sochi festival last September, although he managed ‘a 13th-place finish in a Sunday Million and a Big $109 victory’ online.

Until he lucked out on his opening ‘flip-off’ table that is.

"I was really surprised when I got a full house at the first table," Timonin explained. "At that moment, I felt that fate would bring me a gift."

A straight on his second table was a precursor to the biggest gift of the entire tournament, a large crowd swarming the table as the cameras panned in on the 2 finalists for the $30k pass.

The board came out first…

…and then it was the players’ turn to show, Timonin flipping his first card with an  ‘eeny, meeny, miny, moe’ to decide which one.

The J♠ certainly wasn’t a bad card to see, especially when Melink flipped over the 6♥, and when the Russian flipped the A♥ while Melnik couldn’t improve, it was ‘hello Bahamas!’ for Timonin.

"It's easier for me to play against strong opponents," Timonin said of his $30k trip to the PCA next January, adding: "I think I'll have my best performance there," with plans to bring his wife and newborn son along for the trip.

As for his Rubik’s Cube expertise, see if you can solve it as quickly as the new Platinum Pass Man can…