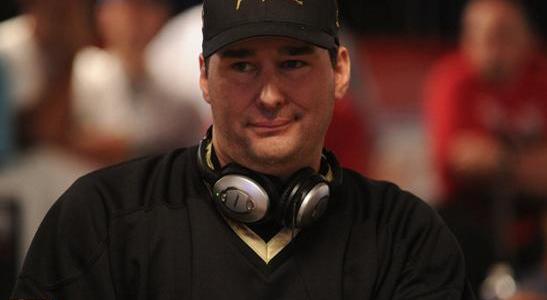 There is something about certain poker pros which brings out the worst in people. Laughing like hyenas when Mike ‘The Mouth’ Matusow or Phil Hellmuth get rivered could almost be considered a sport in itself!

However, it’s one thing for us spectators to behave in this way, but what about when pros turn on each other? Let’s recall one famous moment in poker history and try to work out if Hellmuth deserved all he got, if his opponent was just being nasty for the sake of it, or if it was all just a big joke with everyone except Hellmuth enjoying the harsh punchline?

While Hellmuth was counting out his opening raise, Tony G announced he was all-in and stated that he was doing so blind. Not true, as the commentators and viewers -everyone bar Hellmuth and the other players- could see. Tony G had already glanced at his hole cards, and there was TV evidence!

After asking Guoga several times if he really hadn’t seen his cards, and after Joe Hachem also asked and was told no by Guoga, Hellmuth eventually took the Aussie at his word and called the all-in.

“Of course I lied!” was the Aussie’s response.

It’s poker Phil – what do you think this is?”

The cameras captured the ensuing, rather unedifying, action in glorious technicolor!

The ‘ Australian Airbag’ – just one of the epithets Guoga has picked up over the years – is known for his quick-witted and unrelenting verbal assaults on other players, admittedly designed to put the opponent on tilt rather than a malicious attack.

But in this case, was he being nasty or just doing what a poker player is supposed to do – misleading his opponent no matter the means. Was it just another funny episode which shows how just how many ‘cry-babies’ there are in poker’s big-time?

Well, if you class ‘nasty’ as being ‘designed to make someone else feel bad, or abused in some way’, then it definitely applies here! Hellmuth was obviously unhappy about being made a fool of, although he was very shy about showing this to be honest. Other players, Matusow as a prime example, would likely have hit the roof in their indignation.

Was it funny? Well, yes – in a ‘car-crash’ version of black humour. Watching it, you knew what Tony G was doing, you knew that Hellmuth would find out he’d been misled, and you knew it would likely result in him losing a big pot.

Moreover, you just knew that Tony G would find his actions hilarious, regardless of what other at the table or those watching might think. That’s a kind of nasty way to play in my book – self-serving funny at the expense of someone else.

And despite what many might think, there are definitely rules governing how to act at the table – even if they might not cover Tony G’s precise case. You can’t go around deceiving opponents in any old way; pretending to call by moving your chips forward just to get a reaction is a big no-no, so is betting out of turn regularly to screw up an opponent’s moves.

If these are illegal, even ‘‘nasty’ plays, then surely lying through your teeth like this could be deemed inappropriate at least?

Well, Tony G is renowned for his poker antics just as much as Phil ‘ Poker Brat’ Hellmuth is, and whatever nastiness he feels for certain players is tempered by good deeds away from the table. Indeed, he posted a blog about Hellmuth some years ago which showed genuine concern for him, despite his ‘2-handed’ approach.

Q:I found it funny when Roland and Daniel gave you a retirement card at the Premier League and nothing satisfies me more than making you cry and wail.

Whether his treatment of Phil was nasty or not in the Big Game, I’m sure we could all agree that there have been much nastier moments in poker, let alone the wider sporting world – but that, as they say, is a story for another day!