President Trump has often described the geopolitical sphere as a poker game, and now the Late Show with Stephen Colbert has turned his recent description of Chinese President Xi Jinping as a world class poker player during trade talks into a comedy sketch, complete with cards, bets and… an unfortunate outcome for Donald!

Donald Trump has often made the poker pages for his former casino interests as well as his strange poker-related pronouncements, but this latest ripping of him is political satire at its best – Trump opening with a bluff-raise holding only 7-2 offsuit. 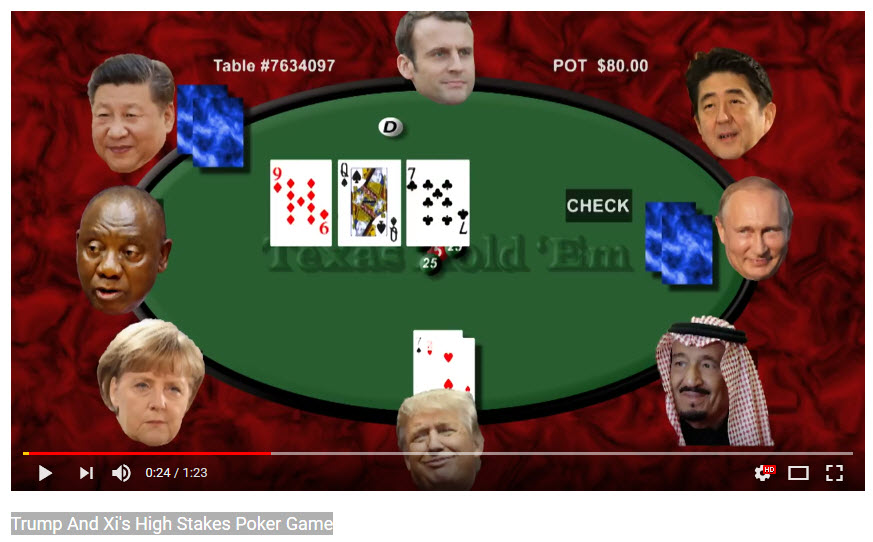 Trump And Xi's High Stakes Poker Game continues (for those unable to watch it at work!) with Putin check-folding and ‘helping’ Trump out, sliding him a queen which gives Trump two pair – but it’s a sneaky trap it seems as Xi has his own higher two pair, and Trump is ready to bet the world on his somewhat ropey hand. 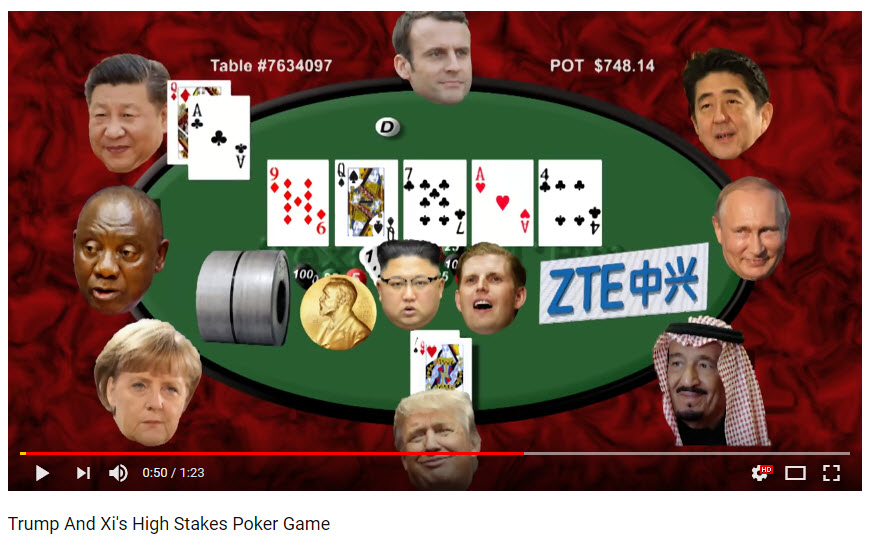 A medley of Trump’s ‘most important things’ goes in the middle in the Late Show Sketch – the CBS show finding something new about Trump to parody on a nightly basis it seems – and as you can see above it doesn’t go well, Trump’s trade war with China possibly going the same way.

It’s all just a bit of fun, but President Trump does make himself a rather easy target, as PokerTube’s Jon Pill revealed a few months back.