William Kassouf Shines Some Light on His WSOP Actions

William Kassouf is one of the most colorful personalities in the poker world today. His 2016 WSOP Main Event performance was as interesting as it was polarizing and depending on who you ask Kassouf is portrayed as either the hero or the villain of the poker world. Some fans think he exposed the boring reality of live poker full of silent, unapproachable pro players - others think he himself made the game less approachable for casual enthusiasts by acting hostile and provoking others. The recent Reddit "Ask Me Anything" Kassouf was a subject of helps to shine some light on his WSOP ME actions and personality as a whole. 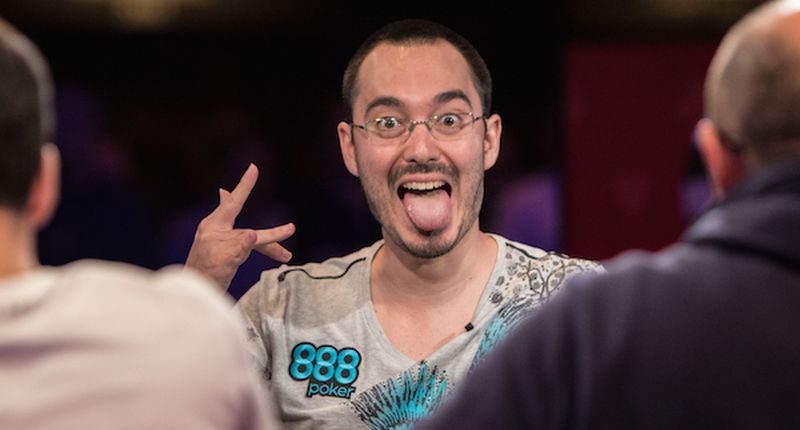 The majority of questions in this Reddit AMA concerned Kassouf's behavior at the table during the WSOP Main Event. Reddit user by the name "SnozBerry55" asked about the purpose behind Kassouf's "speech play" to which William responded:

"The whole purpose of speech play is trying to get information from your opponents... I think what better way to actually get information that to actually converse with the person across the table... having them interact with you and actually give you a response is one thing, and even if they don't you can tell from their body language, the way they react, their demeanor as to whether they are weak/strong, if they want/don't want a call, just getting information basically from your opponent whether it's words from their mouth or their physical appearance/body language.
I think what you saw on ESPN WSOP coverage, especially on Day 7, is a lot of people letting me get under their skin, taking it personally... there's no malice to what I say or do, I play within the rules, but it's standard speech play and a lot of Americans weren't used to it, and it got the best of them and they got quite frustrated and basically the whole table tried to gang up on me, because they found it frustrating and they weren't used to it."

Right of the bat we've learned that Kassouf had a very specific goal in mind when engaging in conversation with other players at the table. He tried to gain additional information, from sources other than betting patterns, like the opponent's body language and reactions. Kassouf claims he had no ill intention and while this might be a bit difficult to reconcile with the fact that he wasn't really unhappy with putting other players on tilt the fact to the matter is that he operated within the rules of the game and simply used the metagame to his advantage. Live poker isn't just about placing the right amount of chips in the middle of the table at the right moment and since many player interactions aren't forbidden by the rules engaging in "speech play" is a valid way of trying to gain the advantage over the opponents which is precisely what Kassouf did.

The next question in the Reddit AMA was a joke referencing Kassouf's heated exchange with Griffin Benger in the last hand of William's epic WSOP performance:

"Do you think it's more optimal to check or bet your privilege?"

Depending on your particular views and depending on how deep are you willing to read into William's response it can either be a very poor joke, a very good one or a somewhat cynical and witty analysis of current trends in left-wing politics. In any case, we don't get nearly enough poker themed jokes so it's nice to see Kassuf's contribution.

Many of the Kassouf critics complained that if everyone in live events incorporated "speech play" to the extent that he did we'd see live tournaments grind to a halt - which is a valid criticism that was subtly voiced by a Reddit user by the name of "mulimulix". Kassouf responded by emphasizing the importance of allowing every player to have their own style. "Speech play" isn't for everyone and it can obviously be abused by those who are interested in claiming a soap box TV tournaments can provide, but at the same time player's should be allowed to express themselves at the table.

In another question, William claimed that he was unjustly accused of "tanking" with every hand and he took his time to think only when he had a legitimate decision to make. Besides that, he justified his behavior with the specific context - you don't get the opportunity to play in the day seven of a WSOP Main Event very often and you can't treat a big televised tournament the same way as other events.

One of the questions asked in the AMA concerned the future of poker. According to William Kassouf (and many of his fans), poker needs more colorful characters. Poker is a social game and we need to emphasize that aspect of it. The best way to attract new players to the game is not by showcasing the betting patterns but by showing people playing for huge amounts of money and having fun in the process.

"(...) most importantly we need characters and personalities in the game that will make it lively and will attract newcomers to the game, to think 'This is what I want to do, I can be this person, I can be funny on TV, I can have a laugh and enjoy myself and make money at the same time, why not?' So we definitely need to encourage people to open up, not saying to do what I do necessarily, but just be yourself, be happy, be friendly, be open, and just enjoy the game for what it is."

On the whole Kassouf's Reddit AMA was very interesting. William showed how stale the live poker formula really is and how little is needed to disrupt it. While Kassouf's behavior during WSOP Main Event could be considered borderline hostile by some, it looks like he had no ill intentions and the only thing he really wanted is to be allowed to express himself at a poker table.

Kassouf is a polarizing figure but it's hard to argue with the fact that he did a lot more when it comes to promoting poker than a bunch of grinders silently pushing chips in the middle of the table while hiding behind sunglasses and oversized hoodies.