WPT Pays Out Its $1Billionth

It may not have been Phil Hellmuth’s finest moment when he miscounted, misspelled or mis-something’ed the big moment on Twitter, but for the World Poker Tour it was a momentous occasion as they hit the $1billion milestone in payouts since the tour began back in 2002.

T.J. Shepherd may have hoped for a higher finish than his 47th spot in the WPT Legends of Poker Main Event and the $10,405 which went with it (though perhaps not given that it was only his 3rd ever tournament cash) but his happiness was more than doubled when he took the ‘$1billion milestone’ award - free entry into next year’s Legends of Poker Main Event plus hotel accommodation, all compliments of the WPT.

“I’m so thankful to the WPT. This is my largest cash. It was an amazing experience. Thank you, WPT. You guys are awesome, and you’ve got a huge fan for life,” gushed a super-happy Shepherd as the cameras rolled, the Royal Flush girls joining WPT CEO Adam Pliska in a well-rehearsed celebration of the big moment.

Speaking at the host venue, the Bicycle Hotel & Casino which has been with the WPT since its inception, Pliska said:

“For sixteen years in the World Poker Tour and one billion dollars, on behalf of the entire WPT family, we just sincerely want to thank you for playing and being part of our story.”

“One of the things that we keep saying is, ‘It’s a billion dollars, a million stories.’ The number itself I think is more of a testament of how the brand has endured, the feeling of the World Poker Tour, and why we are so proud to do what we do.” 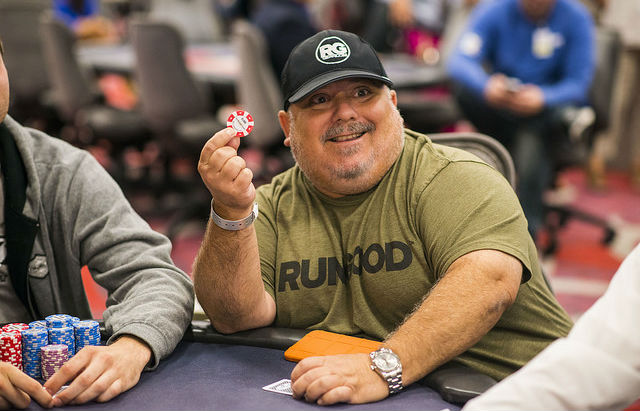 The World Poker Tour was ground-breaking when it launched 16 years ago, hitting the TV screens a year later in 2003 with commentators Mike Sexton and Vince van Patten becoming a much-loved staple diet for US poker fans.

Originally on the Travel Channel and for the last 7 seasons airing on Fox Sports Net, the WPT has continually re-invented itself as a brand, now global, while sticking to its main aim re-iterated by Pliska at the $1billionth celebrations:

“An experience, that this is meaningful, that the opportunity to let people play to be the best, and to play with the best is something that is unique.”