Bill Perkins is known for his love of crazy prop bets and the recent one he made with brothers Jaime and Matt Staples might be one of his best wagers yet. The aforementioned triumvirate (along with Jeff Gross and few other friends) decided to spice up their already baller-like Twitch-streaming on a yacht with an extremely interesting bet.

Just booked the craziest bet of my life. @PokerStaplesPA and I need to get within 1 pound bodyweight in one year. Our 3K to @bp22 150K

Bill Perkins wagered the brothers Staples $150,000 to $3,000 (50:1!) that they won't be able to get within one pound of body weight from one another in a span of a year. Given that Jaime currently weighs in at around 140kg (315lbs) and Matt's weight is less than a half of that (around 60 kg of 135lbs), the two brothers have some serious heavy lifting - both figuratively and literally - ahead of them. Some people - famous poker personality Doug Polk among them - claim that the bet is “impossible”, while Jaime himself states that at 50:1 odds he'd take even more action "if he could".

@jaimestaples@PokerStaplesPA@bp22 I think you are a dog, it's gonna be very hard to lose 100 pounds in a year and gaining 75 is harder 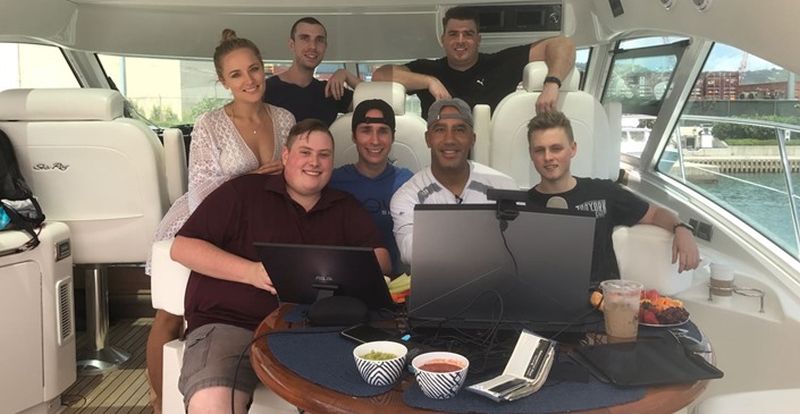 In order to win, brothers Staples will have to display a tremendous amount of discipline for the entire duration of the bet. The good news is that according to science the win is certainly possible and can even be achieved in a relatively healthy manner! Let's take a closer look at Jaime's situation first. In theory, 5 kg of weight loss per month is achievable even for a person much leaner than Jaime Staples and as someone who managed to lose 40 kg in around eight months starting from the point similar to the one Jaime is now I can certainly attest to that.

One or two hours in the gym, three to four times per week coupled with a caloric deficit is enough to achieve that (assuming no medical issues, injuries, severe hormonal imbalance etc.). This is, of course, a giant oversimplification, but adherence and discipline are the keys to success and if Jaime figures out the way to work around MTT player's schedule he can lose anywhere in between 40-50 kg without losing his health and mind in the process.

Matt Staples has a considerably less healthy road ahead of him. Assuming that he wants to minimize the negative affects gaining a bunch of weight will have on his body Matt should make sure that he maximizes on his muscle gain. Unfortunately for him, fitness magazines and professional trainers claiming that it's possible to gain 10 pounds of muscle in two weeks, are selling delusions to the gullible. In reality 20 maybe 25 pounds (or around 10-12 kg) is the maximum amount of muscle one can hope to gain in a year which means that Matt will also have to put on more than 20 kg of fat along the way.

There’s no way around it being unhealthy, but it can also be a somewhat enjoyable process, consisting of weight training (including heavy barbell movements like squats, bench press, and deadlift) coupled with consuming large amounts of 'dirty' sources of carbohydrates and protein like burgers, fries, ice cream etc. 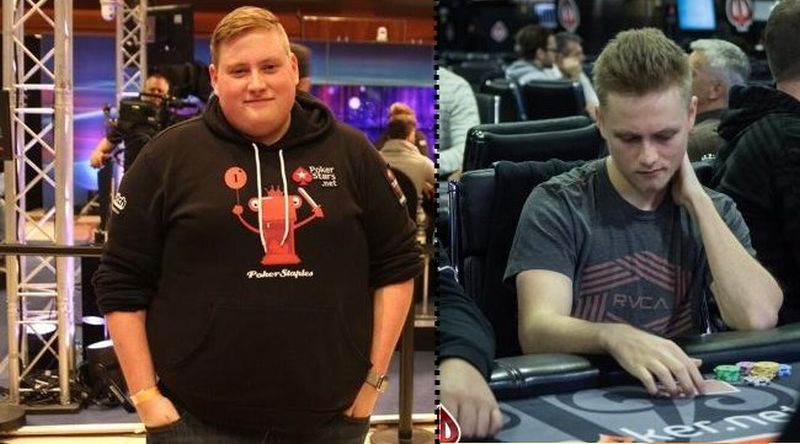 The main obstacle that will stand in the way of brothers Staples is the "one pound" clause. It is possible for Jaime and Matt to meet somewhere around 90-95 kg mark, especially if Jaime learns about water weight cutting and uses it to lose up to 10 kg of weight in the last few days of the bet. However, the weight of a human being can fluctuate greatly in a matter of hours and depending on how strict Bill Perkins decides to be, it's going to be really hard for Staples bros to get their body weight so close together.

The poker legend may live to regret his latest famous selfie...