The furore over Alec Torelli’s ‘angle-shoot’ on a recent episode of Poker Night in America shows no sign of dying down, with Doug Polk entering the fray this week with his latest vlog title asking ‘Did Alec Torelli ANGLESHOOT An Amateur On Television?’

We reported on the controversy when it broke, my colleague Jon Pill explaining that:

“In no-limit games the effective stack is a major variable in every decision you make, so keeping your big chips where they can be seen is the polite thing to do. How big a difference this makes in practice was demonstrated beautifully on Poker Night in America recently when a pair of $5,000 chips in Alec Torelli’s stack were tucked away out of sight and caught Daniel Wolf out for an extra 100 big blinds.”

Poker forums across the world have been debating what Torelli did and whether it was a genuine mistake - or something altogether more nefarious, so the incident was almost duty-bound to make its way into Polk’s weekly vlog, the high-stakes pro regularly discussing ‘controversial issues of the day’.

Polk focuses his attention on the clip of the hand in question, focusing on the chip placement in Torelli’s stack, stating that “Without a doubt… it’s against the rules,” as the big chips have to be out front or on top, visible to all at the table – clearly not the case as his close-up of the table shows.

Defending Torelli a little at the outset, Polk says that a player in the $100k Aria High Rollerdid the same thing last week – “these mistakes happen”. However, he also thinks Wolff, on the wrong end of the possible ‘angleshoot/mistake’, makes an error in not asking how much Torelli had before jamming. 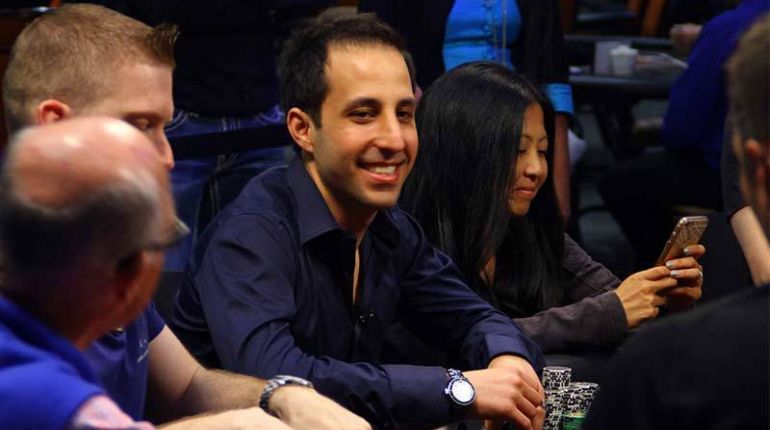 ‘Victim-shaming’ was the term used for this on some of the forums, but in the game of poker it’s better to be safe than sorry when it’s serious money in play – a quick verbal check of your opponent’s stack will save a ton of trouble. If they lie, the floor can be called and the player will likely be banned or temporarily removed from the game.

What makes the whole incident a bit more ‘juicy’ for want of a better word is that Torelli has a patchy history when it comes to poker ethics, being involved in a well-covered chip-dumping incident back in 2011, a messy matter which Torelli himself mistakenly brought to light on 2+2, the first responder being none other than… Doug Polk!

In a further ‘twist’, Torelli also posted his own vlog back in February of this year entitled: ‘Poker Etiquette: Sickest Angle Shoot in Poker History!’

“What I dislike from here, on Torelli’s end,” says Polk, “if you’ve broken the rules like this, you should be doing everything in your power to rectify the situation – it is YOUR mistake!”

As anyone who has seen the clip in question knows, Torelli did nothing: no offer to play for the amount Wolff thought Torelli had – minus the ‘hidden chips’.

Was the entire thing ‘sketchy’ behaviour from Torelli? Are the forumites who refuse to give him the benefit of the doubt justified in their attitudes? To find out Polk’s view at the end of his analysis check out his vlog.

And if ‘sketchy’ behavior such as angle-shooting, and worse, isn’t on your poker radar, have a look at this ‘Halloween Horror’ article I wrote some time ago.