If you're heading to Las Vegas this summer for the 48th annual World Series of Poker, you'd be well-advised to watch the video embedded in this article as Jeff 'Boski' Sluzinski gives a valuable poker room review.

Boski, of course, is an MTT grinder who lives in Vegas and has his ear to the ground with regard to the pros and cons of every casino card room. His tips and tricks include a number of details that visiting poker players may not even think about when planning a trip to the WSOP.

The WSOP is held at the Rio All Suites Hotel and Casino and many players will likely be spending most of their time there. However, there will be plenty of action at other poker rooms as well, so keep that in mind.

A common complaint among players - and something that should definitely be taken into consideration and planned for - is the cold temperature inside the various Rio poker rooms. Sluzinski estimates more than a 32-degree difference between indoors and out, with Vegas summers hitting 100 degrees with regularity and the casino set at a bone-chilling 68 degrees.

I've joked about it, made light of it, but this is too much already. Who is responsible for the AC at the Rio? Lets have a talk with him!

For those readers who are more familiar with Celsius readings, the difference is about 38 degrees or so outside to 20 degrees indoors. Long pants, hoodies, and an extra light jacket are definitely recommended by the Vegas resident and poker room expert.

Comfort is paramount to playing your A-game and being unprepared for the chilly air conditioning can have a detrimental effect. While shorts and a T-shirt is the obvious choice for outdoors, it's not a bad idea to dress for autumn for playing long hours of poker indoors at the Rio. 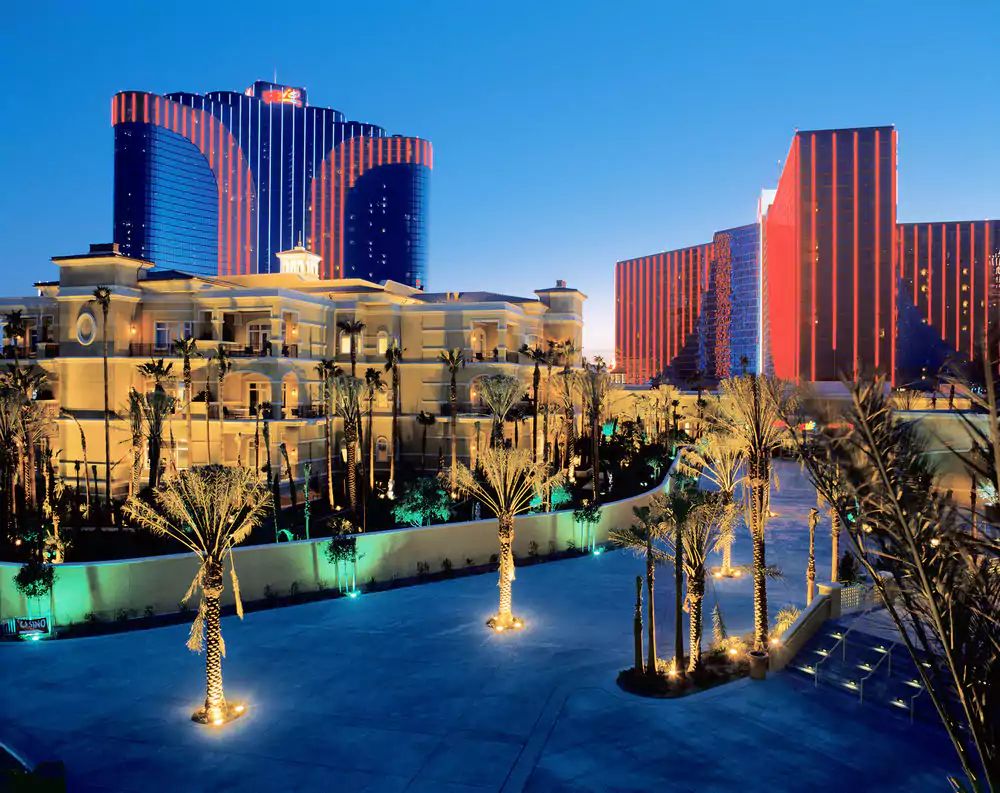 Another WSOP Rio con mentioned by Boski are the long mens' bathroom lines during breaks. Jeff suggests getting up from your seat just two minutes before the break in order to avoid spending your break time standing in line.

With regard to required sustenance, Sluzinski warns that "days are long and stressful" and that it's a good idea to eat right. To that end, a meal plan from All American Dave's food truck may be the best option.

It's a bit expensive, but the food is healthy and delivered right to your table within 5-15 minutes of placing your order. Boski orders from All American Dave's sometimes twice a day while playing at the Rio and claims to get respect from his tablemates for planning ahead (if they haven't already respected his game by that time).

Huge guaranteed tournaments and soft competition are awesome reasons to head over to Planet Hollywood. Just be aware that the dealers are the least experienced and will make more mistakes, Sluzinski stated.

Also, the lighting is bad at Planet Hollywood, making it difficult to see both the cards and the chips. It may not be as uncomfortable as a freezing cold room, but difficulty in reading the board and/or your opponents' cards in some games can certainly be a factor in both profit margins and the overall poker-playing experience.

On the other hand, Jeff said that the dealers at both the Wynn/Encore and Venetian are consummate professionals, with the former providing the best dealers in town. The Venetian uses auto-shufflers, which can make quite a difference in the number of hands dealt per hour.

One tip at the Venetian that players may be unaware of is that a $400 or more MTT buy-in is good for a free $10 food voucher. Bring your tournament ticket to the cash game signup desk to receive the food comp.

The Wynn happens to be Boski's favorite place to play poker and is the site of his top victories. The poker room is only a year old, has the lowest rake, beautiful cocktail waitresses, and tournament comps are automatically put on your player's card, according to the MTT grinder. It certainly sounds worthy of checking out while you're in Las Vegas, and say hello to Jeff while you're there!