The positive changes at Party Poker show no signs of letting up, with poker legend and  Netherlands best-ever player Marcel Luske signing up as an ambassador to the site, joining a team of pros which includes Sam Trickett and Jackie Glazier as well as celebrity poker fanatics such as Boris Becker and Carl Froch.

The site tweeted their latest acquisition and for the average poker player it’s a great signing:

The Flying Dutchman is an extremely popular and much-loved part of the poker scene and his appointment continues the recent trend by Party Poker of choosing likeable and poker-friendly names, in a bid to challenge PokerStars for the top-dog spot in the market.

Just last month Mike Sexton was named as the new Party Poker Chairman with a raft of ideas which he hopes to implement to draw players into the burgeoning site. Sexton left his iconic role as WPT commentator for the past 15 years to join the site which he helped to found back in 2001.

Luske, like Sexton, has a long and illustrious poker career on his resume, despite wanting to become a singer in his younger years, and it includes 10th and 14th place finishes in the WSOP Main Events of 2003 and 2004, as well as a host of victories around the world, adding up to almost $4.5million in career tournament earnings.

Twice winning the European Poker Awards Player of the Year (in 2001 and 2004) Luske was also the author of the International Poker Rules, a set of much-needed guidelines intended to create consistency and fairness in the world of competitive poker. 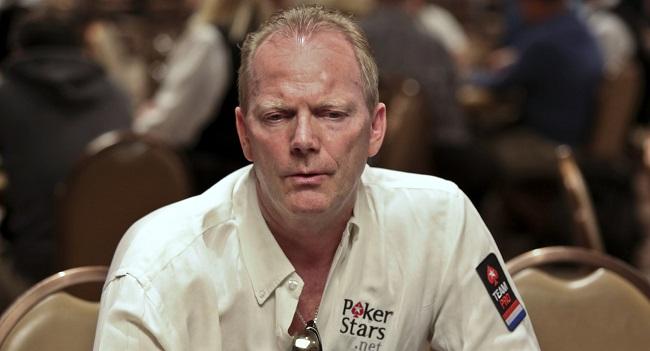 However, he is currently suing his old site, PokerStars, for what he claims is their theft and use of these rules for international poker -rules which he drew up when he was an ambassador for the site.

As I wrote in August of last year his lawsuit against PokerStars has come about because he says they reneged on a ‘gentleman’s agreement’ to pay him $25,000 for the use of his International Poker Rules book, which he compiled for the Federation International de Poker Association (FIDPA).

“Every single PSLive rule is an exact copy and/or derivative of language from the International Poker Rules. PokerStars proceeded to publish, advertise and use the PSLive rules throughout the poker community. All the while, they just copied plaintiff’s copyrighted rules and proceeded to say they were their rules”.

Luske’s signing for Party Poker should be seen as yet another positive step in the wider industry’s changing attitudes to what poker players – both pro and amateur – need and want in order to grow the game - and Luske is one of those, like Sexton, who can get things done.

Do Poker and Casino Games Have Anything in Common?

Phil Hellmuth recently said that he has tried this miraculous drug twice, so he can play his A-game at the poker tables