Beating casinos at blackjack and winning big at poker would seem to be two entirely different disciplines, but for one young, bright and extremely beautiful woman it became her life – a decade on the road making millions, before the inevitable fall from grace when the casino security and cops came calling.

From 2006 until 2013 she was what is known as an ‘advantage player’ – an AP - who uses a variety of techniques such as card-counting, hole-carding, shuffle-tracking and edge-sorting, among other methods.

The ongoing court-cases involving Phil Ivey show just what can be done to outfox the casinos, and Miss Brown estimates she took in $3million before the stress and danger of the game caught up with her. 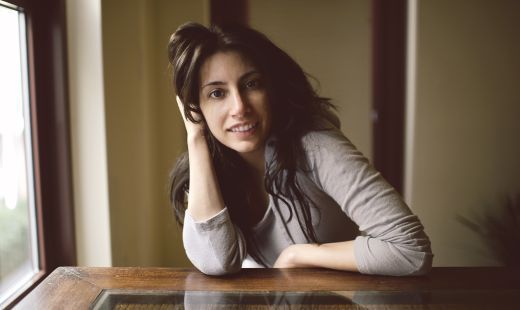 With parents who were both dealers - and a father who on his deathbed told Miss Brown to be careful around her mom as “she is a degenerate gambler” – it’s probably no big surprise that Miss Brown followed in their footsteps, eventually using her casino jobs to bankroll her new life as an AP.

She told Logan Hronis of Cardplayer magazine back in 2013:

"I used to deal blackjack on the strip when I was 22, and there was this guy who said he was quitting his job to “count cards and play poker.”

"Jump forward a few years, and I saw that guy sitting at a bar in the Hilton…I went up to him to thank him for putting the idea into my head — how it changed my life — and told him I was a professional advantage player. He didn’t recognize who I was, and mistook me for a hooker!”

Her knowledge as a dealer and the tricks she picked up along the way allowed her – and the team of fellow AP’s – to target dealers who weren’t professional enough. Along with card-counting Miss Brown was raking in over $1000 a weekend in profit, a sum which would grow as the techniques and stakes got better and bigger.

"Card counting allows you to play with a 2% edge,” she says, “which has room for a lot of unexpected losses but is still pretty good. If, say, your average bet is $500 and you play 100 hands per hour, you can make $1,000. It's sweet, but hole-carding can give you a return of 12% with less volatility. You achieve it by finding sloppy dealers who inadvertently show you all or part of their cards. It's not always perfect, and you need quick eyes.”

Over the years her ability to root out bad dealers has ended with many of them out of a job. Casinos are quick to pounce on such dealers, and even harsher in their treatment of AP’s like Miss Brown.

“A partner and I were playing at a low-stakes dump called Ellis Island,” recounts Miss Brown in her recent Thrillist.com feature article. “We were card counting and looking for hole-card games. We had already gone up and down the Vegas Strip, playing different casinos together, sitting at the table and pretending to be cousins or boyfriend and girlfriend. At Ellis Island, we felt heat -- that is, a casino manager seemed to be watching us really closely - so we left. A couple of casino security guys followed us out. One slammed me down onto the parking lot. The other grabbed my partner.”;

"The guy had one of my arms, but with my free hand I managed to grab my phone and call 911. "Help," I said. "I'm being kidnapped by Ellis Island casino security."

After being handcuffed in a back room for hours, and facing cops who were on the casino’s side, the couple were eventually released and called Bob Nersesian “the go-to lawyer for players who've been abused by casinos”.

"He said we should sue,” says Miss Brown“But we were scared of making a big deal over this and wound up settling for just $40,000. Bob took his third and my partner and I split the rest. It was dumb to settle, but we were afraid.” 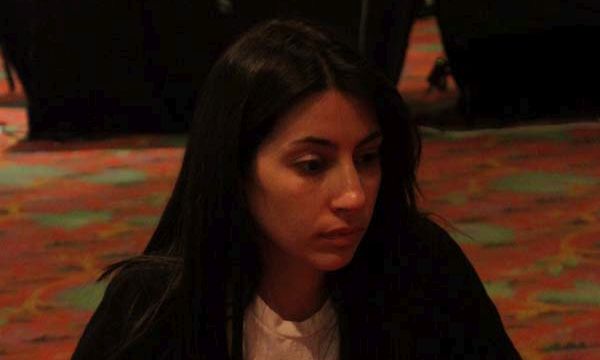 The more Miss Brown won with her advantage play at blackjack, the higher the stakes she felt able to play at poker – the only problem being that her poker skills and more importantly her luck, were no match for her card-counting.

"I began playing poker in a serious way and that actually went pretty well, too,” she says of her beginnings away from Blackjack. “During the World Series of Poker, there are always a lot of bad players in town. I managed to win $100,000 in just a couple months."

"I did so well at poker that I felt ready to take things to the next level. I sat down in one of Vegas' biggest games. It takes place inside a private room at the Aria casino. It's called the Ivey Room, named for the great poker player Phil Ivey. The stakes, $200/$400, no limit, were huge[/quote] players would win or lose six figures in a night. I found people to take half of my action and went on a terrible losing streak. Over the course of a year I dropped $500,000. Half of that was my own money and the other half belonged to people who were backing me. I played well but I ran bad. Financially, I was in way over my head. I was not properly rolled for a game so big.”

The cold deck didn’t stop there, however, with further poker and blackjack losses adding to a desperate situation involving an Open-Faced Chinese app Miss Brown eventually funded herself, developers and backers pulling out along the way.

“Somehow, I managed to have a boyfriend through all of this,” says Miss Brown recounting the darkest days of her amazing journey in the only world she had really known – that of gambling it up.

"He was a very disciplined grinder at poker. He played at exactly the cash level he should have been playing. He put in a ton of hours and stood no chance of going broke. While he lived this very careful, rational life, I bled money.”

Miss Brown’s adventures along the road also led to some very serious problems with the law, the biggest of these making it all the way to the Supreme Court!

"In 2008, an ex and I were traveling from Vegas, to Atlantic City, to Puerto Rico, and then back to Vegas for a blackjack and poker trip. We had a winning trip, and were carrying about $100,000 on us. A TSA agent in Puerto Rico saw about $30,000 on me and was concerned, so he called his boss. The boss came over, already assuming we were guilty of something, and asked me a lot of questions — all of which I answered truthfully. We were gamblers and we won the money. He let us board our flight, but not before telling me that if I was lying to him about where the funds came from he would have us extradited back to Puerto Rico. Extradited? Who the fuck was this guy? He also told us that we may be questioned in Vegas about the money.”

"We had a connection in Atlanta, the connection time was maybe 30 minutes. Between the arrival gate and the departure gate, I got a cup of coffee and then was stopped by multiple DEA agents...they took my cash, saw my ex had cash on him, so they took that too.”

A long and difficult fight to get the money back ensued, Miss Brown recalling that:

"Eventually they said we could get our money back if we took a lie detector test. Fuck them, they were trying to freeroll us. We said no. Then they said we could have our money back if we wouldn’t sue after the fact. Fuck them again, no. Then, eight months later we got our money back without any restrictions. The reason we sued after we got our funds back was to prove a point, to put another case on the record that you can’t just take someone’s money, period. It’s already legal to carry any amount you want within the US, but people still get freerolled all the time by DEA agents, cops, etc."

The case then made it all the way to the US Supreme Court, becoming more about jurisdiction than the original search-and-seizure.

Such battles took their toll on Miss Brown, but then “the unexpected happened,” she recalled fondly. “I became pregnant!”

Becoming a mother “turned out to be the best possible thing,” she says. Claiming that although she still plays and beats the casinos:

"I don't play the way I used to. I want to be home for him. So I take one trip per month - since I can't play anywhere in Las Vegas -- and I've gotten rid of all the fake IDs.”

Life changes, she insists, but for the better overall. “I don't make the kind of money I used to, but I'm not spending like crazy either. Between blackjack, poker, and sports betting -- I've got a resource for good information on games -- I'll make over $100,000 a year.” 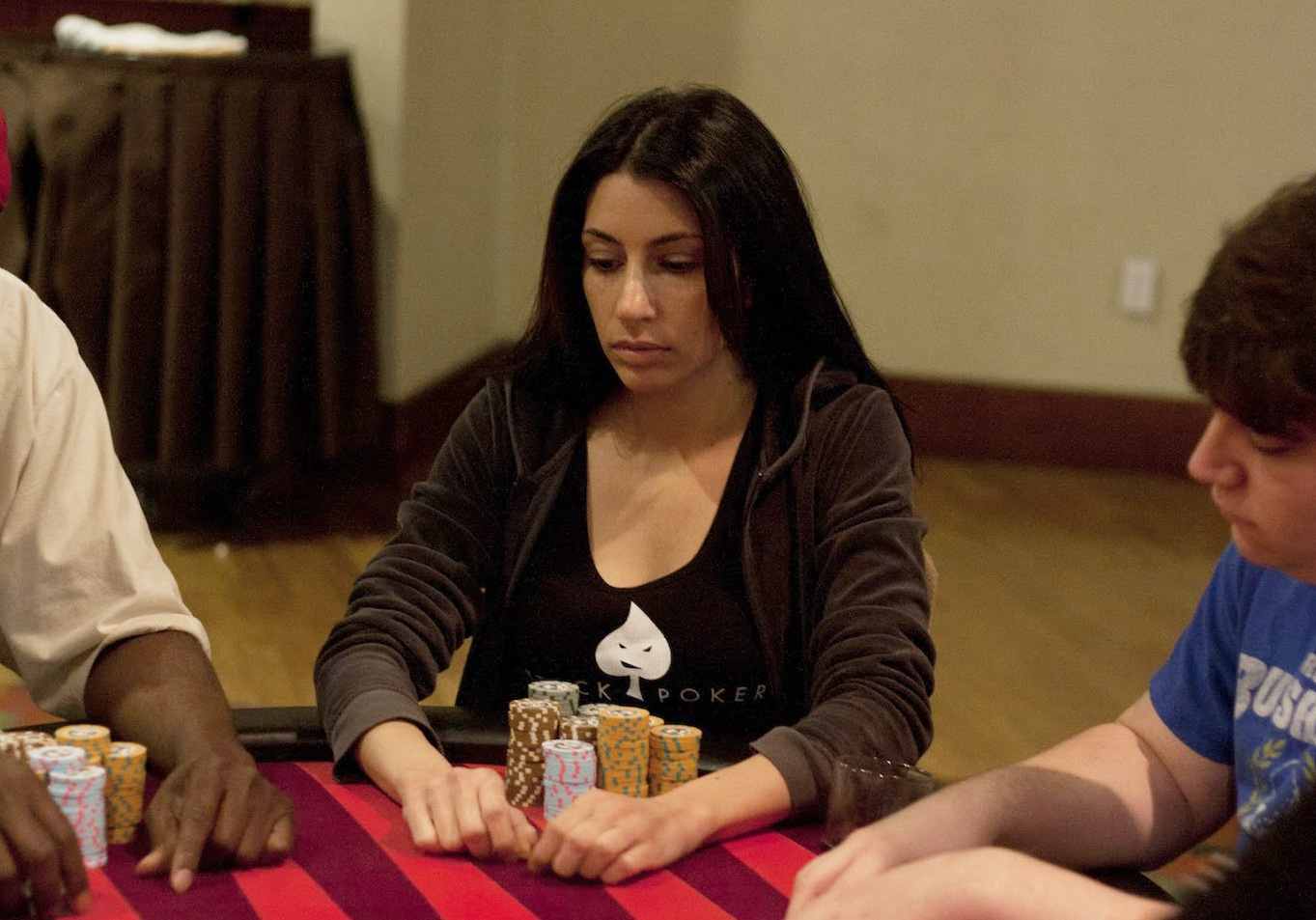 Summing up her remarkable adventure she states:

"I don't regret most of the decisions I made. I regret being manic and losing tons of money. But do I regret gambling? Not at all. It's what I've always loved -- even during the worst times -- and I still do.”