Molly’s Game superstars Leonardo DiCaprio and Tobey Maguire have been spotted partying together on a $150million superyacht with another of the infamous poker crew made famous by the Hollywood movie...

The A-lister poker fanatics were living it up on board biotech billionaire Ernesto Bertarelli’s $150 million superyacht, Vava II, with tennis stars Serena and Venus Williams, and fellow actor Jared Leto among the guests.

DiCaprio, Maguire and art dealer Helly Nahmad were three of the main, though unnamed, characters in Molly Bloom’s hit memoir, Molly’s Game, which revealed an incredible behind-the-scenes peek at the exclusive and very highstakes private poker games she ran in Los Angeles and New York.

Spider-Man star Maguire was said to be the inspiration for Player X played by Michael Cera in Molly’s Game, the Hollywood big screen version of Bloom’s book.

Titanic and Great Gatsby star DiCaprio, along with fellow stars Matt Damon and Ben Affleck, were regulars at the highstakes poker games run by Bloom, as was billionaire art dealer Hillel ‘Helly’ Nahmad.

Nahmad was later jailed for his role in the illegal games, served half a year in prison, and was pardoned by Donald Trump in 2021. 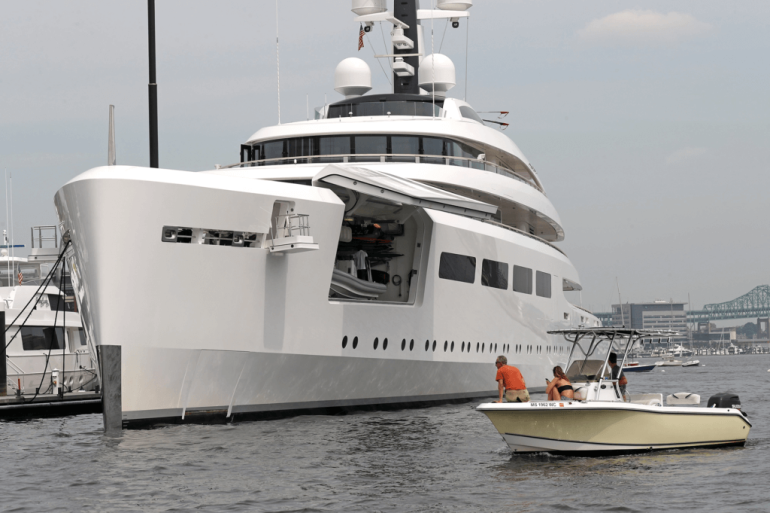 While it’s not known if DiCaprio, Maguire and Nahmad were playing any poker on the superyacht, they were certainly living it up - more than 100 models on board the Swedish billionaire’s yacht to keep them company.

“There were like a hundred models. I have literally never seen more models in my life, no one was ‘normal’ looking. It was models, models, models,” revealed one source.

“There was a group of girls that were wearing beaded dresses with nothing underneath at all, no underwear. You could see everything.”

Bloom, who brought the amazing poker story to life, is now an entrepreneur and motivational speaker.