The Super High Roller Bowl is set for May 27-30 at the Aria and the early odds at Bovada find Daniel Negreanu and Adrian Mateos listed as co-favorites at +1200.

This marks the 4th year of SHRB action, with the tournament serving as a precursor for the annual WSOP, with much of poker's top talent assembling to vie for over $14 million in prize money. The $300,000 entry fee is limited to 48 players, with the winner to take home about $5 million and a SHRB championship ring.

A total of 61 players registered to play, but only 30 of those will get a seat at the table. The other 18 seats will be filled by the Aria (16 seats) and two more to winners of a $10K satellite set for May 26.

A lottery was held to select the 30 players out of the 61 who wanted to participate. Here are the 30 who were awarded a seat and their corresponding odds to win the tournament: 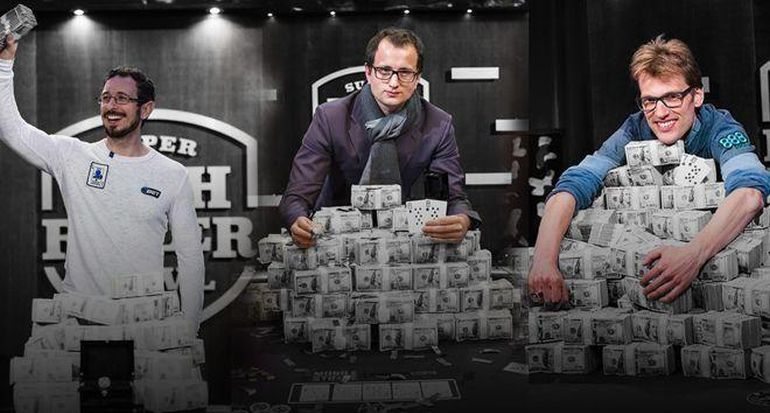 The following year, the buy-in was lowered to $300K and attracted 49 entrants. Rainer Kempe outdueled fellow countryman Fedor Holz for the crown and first place prize money of $5 million. Kempe, incidentally, missed out on the lottery selection this year.

Last year, 56 players were permitted to participate at the same $300K buy-in. The lion's share of the $16.8 million prize pool went to champion Christoph Vogelsang, who boosted his bankroll by $6 million with the victory.

The players chosen by Aria for the remaining 16 seats will be revealed in days to come. We may see a celebrity or two among the chosen players, such as comedian Kevin Hart, who played in last year's SHRB.