Neymar and Akkari, Two Of Brazil’s Best United By Their Love Of Poker

The world knows Neymar da Silva Santos Júnior as a professional footballer for the Paris Saint-Germain FC, but the Brazilian poker community also knows him as one of the best poker recs around.

Like most Brazilians, bracelet winner Andre Akkari idolized Neymar, even before meeting him, the fact that one of the best footballers in the world is Brazilian is a source of pride for the whole country. You can imagine his shock then when he found out that Neymar idolized him as well.

Seizing the chance to hang out with his football hero, Akkari started playing poker and talking hands with the footballer, eventually entering Neymar's inner circle.

After being invited to his home game and meeting other poker playing footballers, he was amazed by their drive to improve at the game. Unlike him, they don’t depend on poker to make money -they don’t even need the extra cash - but they still work hard to improve because being the best at what they do is part of who they are.

“If you play an EPT or a $25k tournament, you can feel the pressure. When you bluff, your heart is beating high and when these guys get in the Stade de France and Camp Nou all these people are screaming their names and there’s a huge noise – this adrenaline, they live for that, poker gives the same kind of energy to them”. 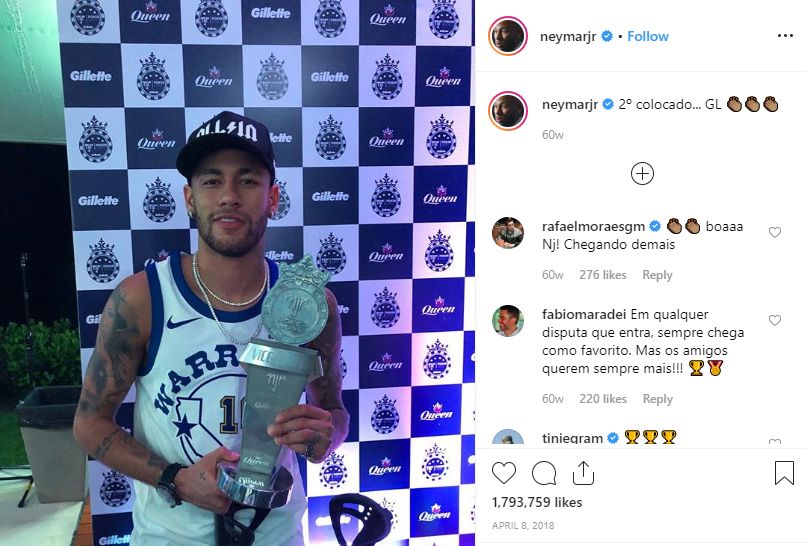 The thrill of a bluff may not be the same as being in the World Cup, but it’s enough to attract even the fiercest competitors to the game. So much so that Neymar is now considering becoming a professional poker player once his career as a footballer is over.

“[Neymar is] a really smart guy – he keeps asking me about hands and techniques every day. He’ll send on WhatsApp a hand that he played in his home game, he’ll play that like I’m playing the World Series or the EPT.”

He will probably never need the money, but he will still need the excitement that poker can provide.

The opposing sides have reached a settlement in principle, and negotiations are ongoing over details